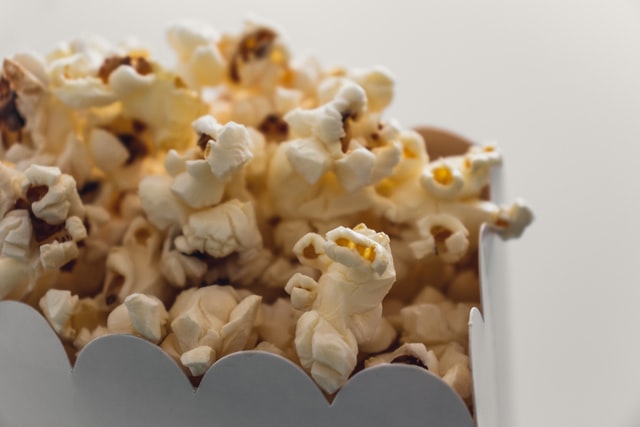 Newsie is a word that means a person who sells or delivers news-papers. The Disney 'Newsies' movie focuses on a group of 14 such newsies from New York City, Manhattan. While working for the New York World publisher Joseph Pulitzer, the newsboys go on a strike due to a hike in prices. The story touches on different topics including corruption, the newsboys' culture, and more. The character names from the film are Jack Kelly, David, Joseph Pulitzer, Sarah, Denton, and more.

The list below has some really interesting character quotes, including Joseph Pulitzer quotes from 'Newsies', as well as lots more 'Newsies' quotes for everyone to enjoy!

For more quotes check out these 'Sound Of Music' quotes and 'Blues Brothers' quotes.

Being a musical comedy-drama, quotes from the song lyrics in 'Newsies' are sure to stay in one's mind after watching the film set in New York. Here are some quotes from songs include 'Seize The Day' and 'Watch What Happens'.

1. "Not only that, there's a story behind the story:

Speak up, take a stand, and there's someone to write about it

That's how things get better."

2. "Just look around at the world we're inheriting

And think of the one we'll create

Their mistake is they got old, that is not a mistake we'll be making

Courage is when we face our fear

Tell those with power safe in their tower

We will not obey!"

This time whatever it takes!

This time the union awakes, once and for all!"

What was ours still will be."

6. "Till the moment I found you

I thought I knew what love was

Now I'm learning what is true

That love will do what it does."

- Katherine, 'Something To Believe In', 'Newsies'.

The Most Popular 'Newsies' Movie Quotes

Can you find your favorite quote from 'Newsies' in this list?

8. "I've been hearing things from little birds... They have been chirpin' in my ear. Saying Jacky-boy's Newsies is playing like they're going on strike."

11. "People think war is about right or wrong and not power."

12. "You see, it ain't about the money, Dave. If Joe gives in to nobodies like us, it means we got the power."

13. "We started the strike, but we can't do it alone. So, we're talking to Newsies all around the city."

16. "Jack Kelly: One thing's for sure, if we don't sell papers, then nobody sells papers. Nobody comes through those gates until they put the price back to where it was.

'Newsies' Quotes About Love And Life

In the film, Jack is in love and (alongside everyone else trying to make a living throughout 'Newsies') Jack's story is a good plot with many great quotes. Check the list below for lots of great quotes that you can share with your friends. Which quote is your favorite?

17. "I'm just not used to havin' whether I stay or whether I go matter to anybody. I'm not sayin' that it should matter to you. I'm just sayin', um- but does it? Matter?"

18. "For the first time in my life, I got money in my pockets. Real money. Money, you understand?"

- Jack Kelly, 'Something To Believe In', 'Newsies'.

22. "Sometimes, all it takes is a voice, one voice, then a thousand, unless it's silenced."

Be it David, Jack, or Joseph, every quote by the major characters makes the movie worthwhile. Check this quote list for more sayings from 'Newsies'. You will find Joseph Pulitzer quotations and more below.

24. "David Josephs: My father taught us not to lie.

Jack Kelly: Well, mine told me not to starve; so we both have an education."

25. "Anyone who doesn't act in their own self-interest is a fool."

26. "They're waiting to see what Spot Conlon is doing, you're the key. That Spot Conlon is the most respected and famous Newsie in all of New York, and probably everywhere else. And if Spot Conlon joins the strike then they join, and we'll be unstoppable."

27. "Joseph Pulitzer: I ordered a printing ban on all strike matters. Now, who defied me? Whose press did you use to print this on? Whose?

Judge: On what grounds?

Spot Conlon: On the grounds of Brooklyn."

Jack Kelly: But, if we go on strike, then we are a union, right?"

31. "David Jacobs: What do you think you're doing?

Here at Kidadl, we have carefully created lots of interesting family-friendly quotes for everyone to enjoy! If you liked our suggestions for 'Newsies' quotes then why not take a look at these 'Wicked' quotes, or 'Hamilton' quotes too?