50+ Ninja Quotes To Be Super Stealthy 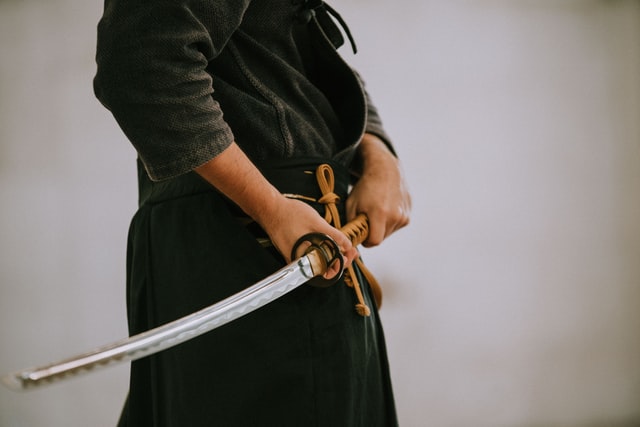 A ninja is a person who is trained in the ancient martial arts form from Japan called Ninjutsu.

Ninjas are believed to live in stealth and are experts in espionage. Ninjas are often associated with skills like running really fast, walking on water, and being able to jump impressively high.

The term 'ninja' dates back to the fourth century, and ninjas are an important and much-loved part of popular culture today! Here is a list of all the best ninja quotes, from funny ninja quotes to ninja love quotes and cool ninjas quotes. If you are looking for some ninja quotes wisdom, you will surely find it among these ninja sayings and quotes, ninja phrases, and movie quotes about ninjas. These quotes might even help you to understand what it is like to be a ninja!

If you like these ninja quotes, check out these [martial arts quotes] and Jackie Chan quotes for more top quotes to share with friends and family.

Here is a list of the top ninja quotes to find out more about the art of being just like a ninja.

4. "Ninja should have the benevolence to protect men of justice since there are lots of good and respectable people in the world."

5. “True ninjas are always outnumbered, because they are individuals.”

8. “Unless you are actually a ninja, a guru, or a rock star, don't ever use any of those terms in your bio. Ever.”

9. “I’m a natural-born ninja saddled with the awkward grace of a drunk camel.”

10. “If they think first place is the winner, then they don't know a ninja.”

Here is a list of some funny sayings and quotes about ninjas.

11. “I want to meet the man who saw a turtle and said, ‘People will love the ninja version of that.’”

16. “I remember I wanted to be Zorro, but I also wanted to be a Teenage Mutant Ninja Turtle. I obviously had ideas above my station.”

18. “I grew up watching 'Power Rangers,' 'Ninja Turtles', 'Batman'... And that's what I used to play with my friends. We would have the masks and the swords and pretend we had super powers.”

19. “I'll be honest - I never saw myself making a ninja movie, never entertained the idea. I think ninja films can be quite cheesy unless you do them in feudal Japan.”

20. “Knowing when to leave requires training.”

Everyone loved the movie 'Teenage Mutant Ninja Turtles', so here are all the famous Ninja Turtle quotes from the movie.

25. “Like the Phoenix, I have risen from the ashes. And into my fire, you shall fall.”

27. “Splinter  Their world can never be ours.

Michaelangelo: Uh... Not even pizza?

- 'Teenage Mutant Ninja Turtles II: The Secret Of The Ooze'.

29. “Heroes aren’t born, they’re created. That’s what your father and I were trying to do, create heroes.”

Here is a list of all the quotes from 'Beverly Hills Ninja'.

32. “Haru, you do not have ninja intuition! You do not even have normal intuition!”

33. “Do not worry. A ninja knows when he is in danger. Now we are in danger. We are really in danger.”

34. “I tried to stop this mission because I feared for you, but I was wrong, you must continue. It is your duty as a ninja.”

36. “Sensei, she is incapable of such things. She is as lovely as a dove.”

37. “Ninja? You're a ninja? You're the big fat ninja everyone's talking about, aren't you?”

38. “I may not be a great ninja; I may not be one with the universe; but I will say this: no one messes with my brother.”

39. “The blackness of my belt is like the inside of a coffin on a moonless night.”

40. “We would all be fortunate to have a heart as big as yours, Haru.”

Here is a list of all the quotes from the 1985 flick 'American Ninja Warrior'.

41. “Listen to what I'm saying. With your skills, we could make some easy money.”

42. “You are ready, my son. I will be with you indeed and in my heart. Follow the Bushido.”

43. “This is Shinyuki. I found him in the jungle when I bought the estate, dressed in the uniform of a Japanese soldier, unaware for many years that the war was over. He never says a word.”

44. “Well according to witness’s testimony and evidence, this massacre was the work of ninjas.”

45. “These symbols will give your mind ultimate purpose. Gin, Retsu, Zai, Zen.”

47. “The Kobudera. Ninja magic. Ninjitsu-to, the ability to seem invisible to cause fear and paralisis in your enemies.”

Here is a list of all the quotes from the 2009 flick 'Ninja Assassin'.

52. “No other showed such promise. You were the son I never had. Do you know how your betrayal felt?”

53. "This is not my family. You are not my father. And the breath I take after I kill you will be the first breath of my life."

54. "What did you just say, old man? I know you didn't just disrespect me, did you? Are you that stupid? You disrespect me, I'll tattoo the ceiling with your brains."

Here at Kidadl, we have carefully created lots of interesting family-friendly quotes for everyone to enjoy! If you liked our suggestions for ninja quotes then why not take a look at these karate quotes or jiu-jitsu quotes too?