100+ Norwegian Boy Names For your Child 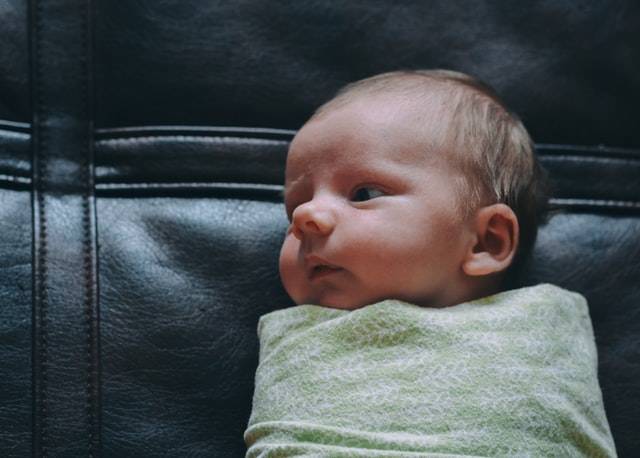 Most Norwegian male names are derived from Viking names, which belie a certain sense of strength.

Norwegian boy names are often rich in terms of history. Most Norwegian male names are directly taken from Old Norse.

Norway was once the land of Ancient Vikings. The influence of Danish and English culture is very much present in every day life, as is demonstrated by Nordic male names. Most Norwegian baby boy names are taken directly from Viking characters and mythology. Both Vikings and other past civilizations of Scandinavians were seafaring people who believed in the world of mythology and the netherworld of Valhalla - where the heroes of the war go after their victory is death. Norwegian male names are popular today because of the courage and bravery associated with their ancestors.  Norwegian male names also have their origin in the Old Norse, which you can discover with our exciting list of common Norwegian names.

Common Norwegian names often originate from the ancient Germanic language and from Scandinavia.

1. Aesir meaning "of the Gods". It also means a true devoted of God.

3. Alfarin meaning "name of Hlif's son". It is a common name taken directly from Nordic mythology.

4. Alfgeir meaning "Elfin's spear". The pure is thought to have a magical power that could defeat the enemies.

5. Alfrigg refers to the name of a mythical dwarf. The mythical character had powers of shape-shifting.

6. Alfrothul, meaning "of the sun". It is the name of the Sun's Chariot.

7. Amund, meaning "a bridal gift". It is the gift that is given by the husband on the first day of marriage.

10. Balmung meaning "Siegfried's sword". The legendary sword is thought to you have supernatural powers to destroy future enemies.

12. Beini meaning "name of a smith". It is the common Norwegian name of the blacksmith that created 'Thor's' hammer.

13. Beorhtel meaning "he who shines with bright light".

15. Bergthor meaning "Thor's spirit". The name also gives protection to the baby from unforeseen troubles, according to Nordic mythology.

16. Berrant meaning "one who is like a strong bear".

17. Eggther meaning "guardian for the giants". This common Norwegian name belongs to the supergiant who guards Norway.

18. Eiel meaning "one who is born to inspire fright".

19. Eigil meaning "the one who inspires fright in the hearts". The warrior God of Norse.

20. Emilt meaning "his means a person who is lively and eager".

22. Annar meaning "father of the world". It is another word for God in Norway.

26. Armod refers to the "name of Geirleif's blood brother".

27. Arneot meaning "one who frightens eagles".

28. Arngeir meaning "the eagle's spear". According to Nordic mythology disappear brainsterra on the opponents during a war.

30. Bersi refers to the "son of Bakli". This good Viking name belongs to the mythological character who protected his father.

33. Biyn meaning "one who is strong". This name belongs to one of the strongest wrestlers of Norway.

36. Bodmod refers to the "name of Oleif's son". The God of peace also shares the same name.

37. Borg meaning "from the castle". The name belongs to the seventh king of Scandinavia.

39. Eitri refers to the "name of a mythical dwarf". The dwarf is fabled to change shapes.

Scandinavian culture is spread across Norway, Sweden, and Denmark. Below is a list of popular Scandinavian boys' names popular in Norway.

42. Arvakl refers to the "name of a mythical horse". The horse can fly in all the cardinal directions.

43. Arwed refers to "eagle of the woods or a king with a clear-minded and has good judgment".

45. Asgard refers to the "name of city of the gods in Norse mythology". It is also the ancient capital of Scandinavia.

46. Asgaut refers to the "name of a mythical divine goth".

47. Asgrim refers to the "name of a thief; leadership ability".

48. Askel meaning "a divine cauldron". The name of the Mythological God who calculates the virtue in heaven.

49. Aslak meaning "a divine sport". It is the divine spree of the Norse Gods.

51. Bothi meaning "herald or begin". The name suggests a new beginning of the baby's life.

52. Bragi meaning "one who is considered as the God of poetry".

53. Brander meaning "a fiery or sharp sword". The sword that cuts through the darkness of uncertainty.

54. Brokk refers to the "name of a mythical dwarf".

55. Brondolf refers to the "name of Naddodd's son". He is also the God of war.

57. Bugga meaning "a man of power". It is the name of a famous boxer in Norway.

59. Erico meaning "someone who rules the people of a land".

60. Ericson refers to the "son of a ruler named Erik". It is also the name of the God of wealth.

Norwegian names have their origin in Nordic culture. According to Nordic culture, Norwegian baby boy names must symbolize strength and courage. Below  are some of our favorite Nordic boy names.

62. Eryk meaning "someone who is a ruler for eternity". It is the name of the light that burns in heaven

65. Eske meaning "spear of the Gods". The weapon is said to caused thunderstorms.

66. Eskil meaning "God or divinity". He is a fabled ancient Norse God.

67. Heorrenda meaning "an army shield". The name is said to protect the baby.

68. Hoder refers to the "name of Odin's blind son". The name provides eternal sight to the child.

69. Hoenir refers to the "name of Odin's brother".

72. Hord refers to the "name of Ashjom's father". It is the name of an ancient Scandinavian king.

75. Im refers to the "name of a mythical giant". The giant guards the gates of heaven.

77. Ingharr meaning "son's army". The name belongs to the army of the Sami people of Norway.

79. Sigge meaning "he who is always victorious".

80. Sindre meaning "one who is small and trivial. Also means a sparkling one".

81. Skippere meaning "one who is a skipper, a marine".

82. Sven meaning "warrior". It is one of the popular Norwegian names.

The most unique and cute Norwegian boys names are derived from Sami people. Below is an exciting list of Sami names.

85. Evinrude meaning "a fast boat". It is the name of the boat that carries you across the river of death.

86. Eyfrod meaning "a person who had been farmed at tongue".

88. Eyvind meaning "the winner of the islands". The name gives eternal power to your baby boy.

90. Hreidmar meaning "a dwarf king". It is the name of the first king of Danish origin.

91. Hroald refers to the "brother of Eyvind Weapon".

92. Hugin meaning "one who is thoughtful". The name gives power of knowledge to the baby.

94. Inghram refers to the "Ing's raven". The raven is said to be the protector of the areal world.

99. Oliver meaning "the one who represents the emblem of peace or olive tree".

100. Oskar meaning "one with the fastness of a divine spear".

101. Steinar meaning "one who is a stone warrior".

Kidadl has lots of great baby names articles to inspire you. If you liked our suggestions for Norwegian boy names then why not take a look at Swiss names, or for something different take a look at Basque names.