60 Of The Best Monk Names For Your Characters 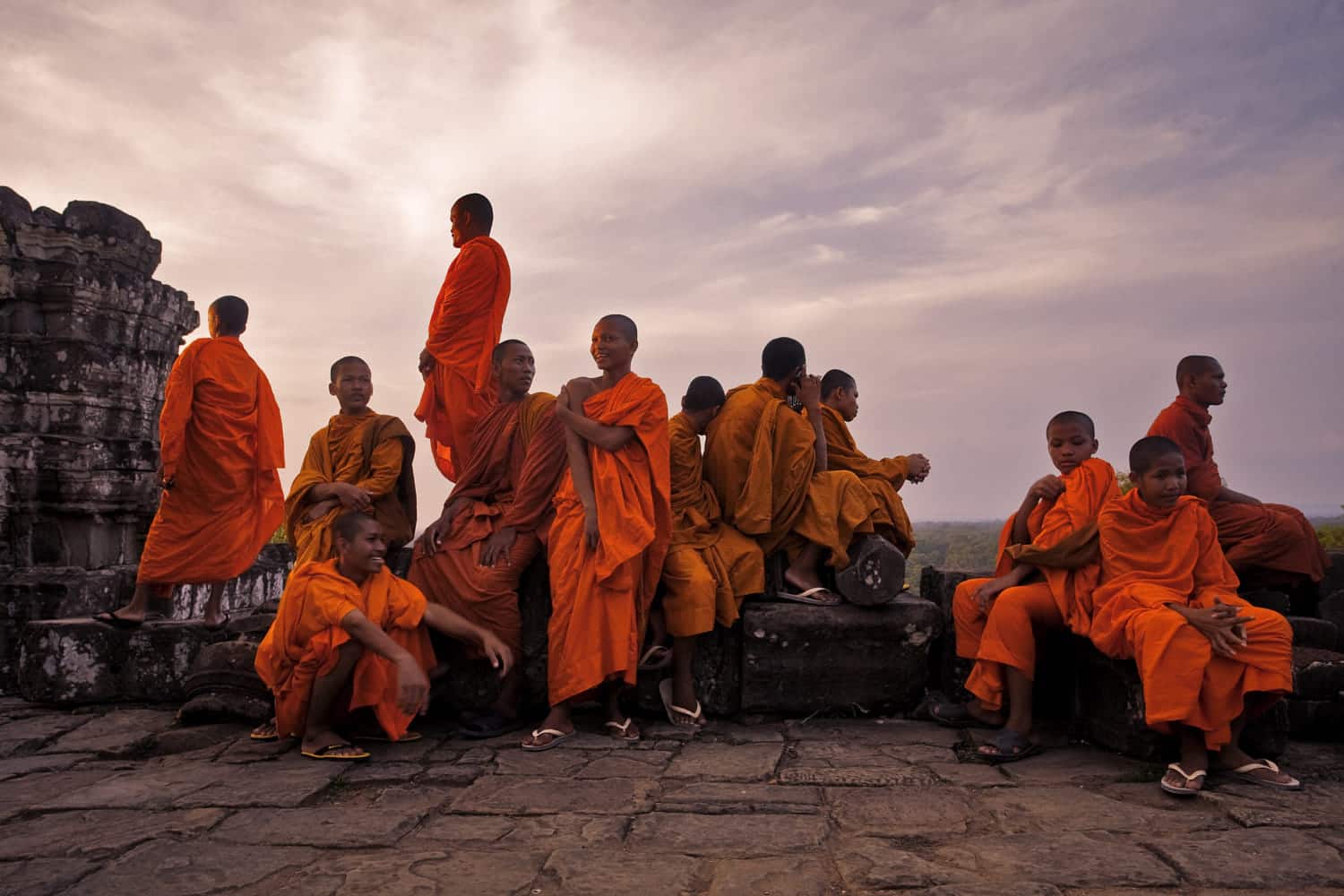 The term 'monk' is derived from ancient Greek linguistics and refers to 'solitude.'

A monk is a man who has vowed to devote his life and being towards religion and spirituality. They practice asceticism, which means that they avoid all kinds of indulgences and pursuits of worldly goals, focusing only on the present moments while developing strict self-discipline.

Today, most monastics form communities and live in monasteries. Apart from Buddhism, other Hindu religions also have monastic traditions. The most famous monks are the wise Dalai Lama, advocates of Tibetan Buddhism, and brilliant teachers. Monks do have special names, and before becoming a monk, this new name is acquired as part of the initiation ceremony. It is known as a 'Dharma' or 'Sangha' name. These names usually represent the different stages of the Buddhist teacher's career. There are many wonderful zen-like names derived from different Buddhist sects. The following lists include different names of monks, whether it's for research, fictional characters, or gaming characters like the Pandaren (humanoid pandas in World of Warcraft). Search for the perfect monk name from the extensive options given below.

A Buddhist name or 'Dharma' name is a traditional title given to a new monk, and each Buddhist sect has its variations of the same. These serene and zen monks' names are ideal for any spiritual character. Buddhist Dharma has a rich history and hails from a long line of ascetics. Take a look at some of these cool monk names.

5.  Bodhin (Sanskrit Origin) means "awakening or to seek or know."

The next list includes some powerful monk names. These are ideal for Pandaren warriors who love nature and combat. We have listed down some famous monk names for your reference.

26.  Indazita (Burmese Origin) refers to an archer who was the son of the conqueror of Gods.

28.  Kraisee (Thai Origin) is a strong Pandaren name meaning "one who is brave like a lion."

30.  Phurba (Bhutani Origin) means "religious dagger" and is a weapon used in rituals by Buddhist masters.

Most of the time, the word 'monk' refers to both male and female ascetics; however, in Buddhism, the term for a female monk is 'bhikkhuni', 'bhiksuni', or 'monachos'. In English, this translates to 'nun.' The following are some wonderful naming options for female monks. Each name from the following list includes names of well-known leaders and religious advocates. These famous names will be memorable and draw attention to your character. Choose a popular name for monks from the options given below.

37.  Cahya (Indonesian Origin) means "one who brings light to the darkness."

38.  Chomdem (Tibetan Origin) means "she who overcomes the negative."

40.  Goldeheve (Yiddish Origin) means "one with a sixth sense and high awareness of self.”

41.  Gutoku Shinran (Japanese Origin) is derived from the name of the Japanese monk who founded the Jodo Shinshu sect in Japan. The name means "stubble-haired foolish one."

44.  Losang Samten (Tibetan Origin) is a Tibetan-American scholar and monk. The name means "a fine mind."

46.  Penden (Burmese Origin) is a great name for a female Pandaren and means "lotus throne."

48.  Sarvajna (Sanskrit Origin) means "the all-knowing one" and refers to an Indian monk and philosopher.

49.  Somdej Toh (Thai Origin) was one of the most famous Thai ascetics. The name means "abbot."

52.  Tenzin Zopa (Tibetan Origin) means "the holder of Buddha Dharma." It's the name given to a well-known Nepalese monk and teacher of the Mahayana tradition.

55.  Tripurari (Sanskrit Origin) is the name of the American poet, guru, and religious leader. The name means "three cities."

57.  U Gambira (Sanskrit Origin) was a former monk and activist. The name means “respectable.”

58.  Yuttadhammo (Sanskrit Origin) is the name of the first Buddhist Canadian monk. It means "one who is composed of dharma."

Kidadl has lots of great names articles to inspire you. If you liked our suggestions for Monk Names then why not take a look at Spiritual Names, or for something different take a look at Psychic Names.