100 Of The Best Patriotic Names From Around The World 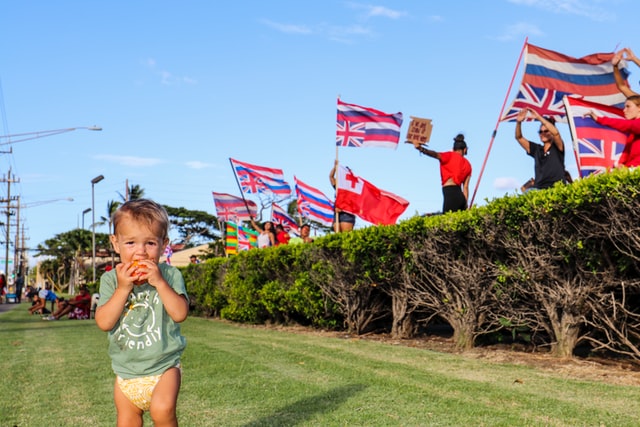 Humans are bonded all over the world with the feeling of belonging to one another - as a single entity.

Patriotism is one approach that brings every person close to their land and brave home. National belongingness is a bond that people develop if they live in the same country and accepts and follow the cultural principles set down by this country.

Words like a bond, rights, united, country, flag, are what connect the unique individuals in one place. So what are the best patriotic names?  Powerful Boy names like Arnold, Kawan and Thor seem the best choice of baby names and also have a unique sound to them. Patriotic girl names like Valentia, Bali and Victory also have a uniqueness to them and can be used for a baby to stick to the feeling of patriotism. Here are some powerful patriotic baby names derived from cities, countries, historically prominent people, and so on to make this list worthwhile for your search.

Historical figures make some of the best patriotic baby names:

3. Benjamin (M) (Hebrew, Jewish, English origin) meaning "son of the South or to the right hand"; known after the founding father of the United States, Benjamin Franklin.

4. Betsy (F) (English origin) meaning "God is my oath"; associated with Betsy Ross, who was one of the members to make the first American Flag.

8. George (M) (Greek origin) meaning "farmer"; associated with George Washington, a Founding Father who was the first President of the United States.

23. Sam (M) (Greek origin) meaning "God has heard"; is short for Samuel. The name is associated with Uncle Sam, a common figure that represents the US Government, created during the war.

Names That Bring The Patriotic Feeling To Life

Americana names that created history are best for baby names.

Here is a list of patriotic baby names that focus on America and other lands and countries for a baby name.

39. Bell (Middle English origin) meaning "someone residing near a bell"; refers to the iconic Liberty Bell.

48. Georgia (Greek origin) meaning "tiller of the soil"; is a country in the region of Eurasia, an intersection between Europe and Asia.

53. Roosevelt (Dutch origin) meaning "a field of Rose"; associated with Franklin Roosevelt as well as Island.

Here is a list of patriotic baby names for baby boys inspired by America or other geographies.

61. Essex (English origin) meaning "from the county of Essex".

63. Hoover(German origin) meaning "owner of a patch of farmland".

68. Richmond (English origin) meaning "protector of the king"; known as the famous city and capital of Virginia.

75. Anthem (English origin) meaning "rousing or uplifting song"; is taken as a name by quite sporty individuals.

76. Austin (English origin) meaning "great"; is a city in Texas.

87. Juneau (French origin) meaning "young one"; is also a city in Alaska.

88. July (Latin origin) meaning "month"; associated with Julius Ceasar as well as the fourth of July is considered as American Independence.

92. Paris (Greek origin) meaning "pouch, wallet"; is the considered one of the prettiest cities in all the world.

Kidadl has lots of great baby names articles to inspire you. If you liked our suggestions for Patriotic Names then why not take a look at Indian Girls' Names, or for something different take a look at Names That Mean Pink Or Rose.