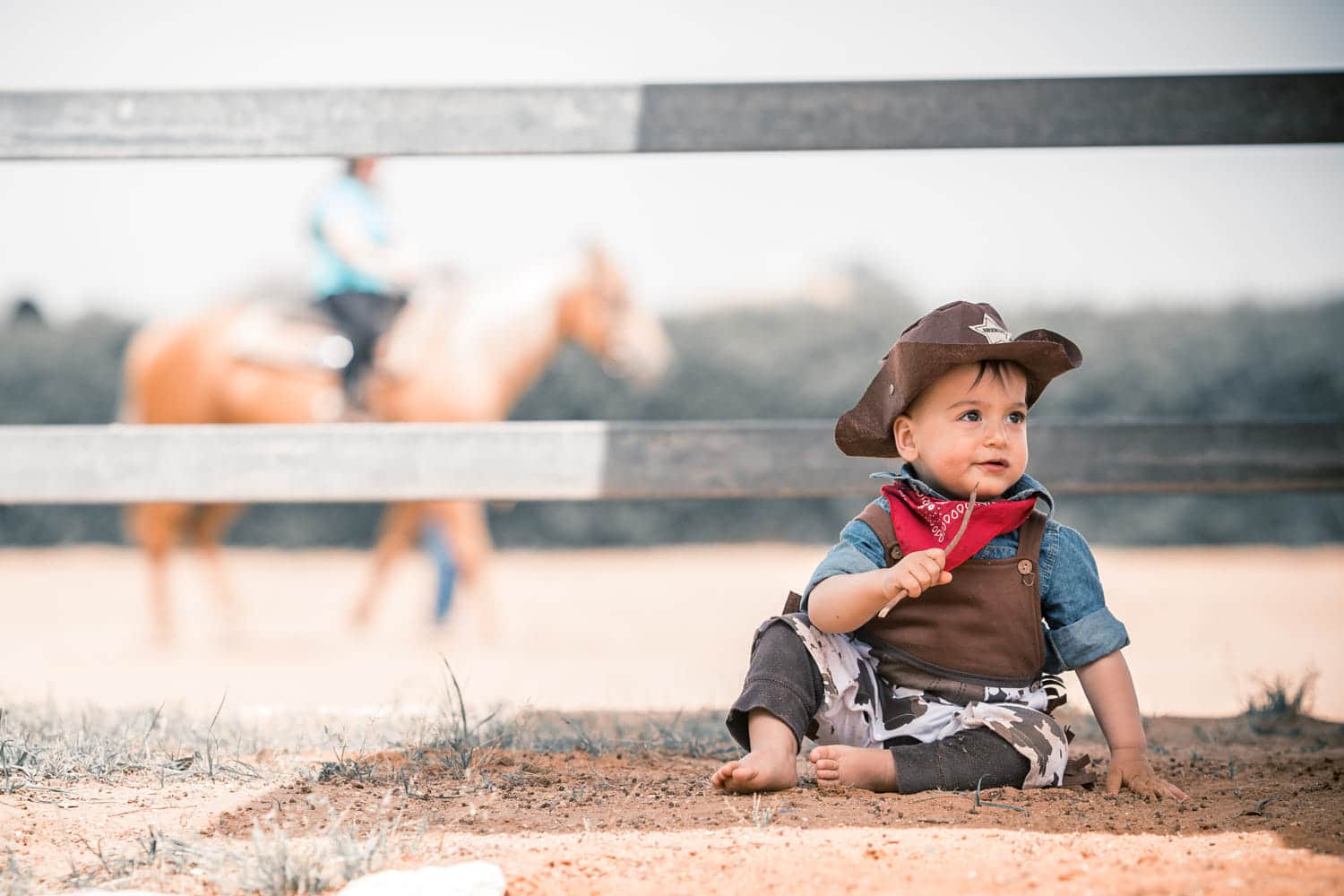 Are you searching for names that have the Old West feel for your perfect bundle of joy?

Coming up with aged western names for your little cowboy or country girl is a fun task. Here you will find a list of cowboy names and the cutest country girl names, all inspired by the Old West outlaws.

There are so many famous cowboys, whose names we can draw inspiration from to find baby names. Arkansas Tom Jones, Bass Reeves, Bat Masterson, Ben Thompson, and Bill Doolin are just some famous cowboys, with perhaps the most famous cowboy being Billy The Kid.

Famous cowboys have become an important and popular part of many movies and TV shows. Entertainment based on these outlaws of the Old West is one of the main reasons for the persistent interest in famous cowboys and perhaps a reason why more and more parents are looking to these cowboys and cowgirls for baby names inspiration.

Most of the famous cowboys' names in this list are inspired by the sheriffs and notorious outlaws in the Wild West. We have also included some old timey baby names with a cowboy feel, such as Albert, Arthur, Earl and Bennett as well as some pioneer names. We hope that this list of girl and boy names helps you to find the right cowboy name for your baby.

If you want to name your child after a cowboy, then you have come to the right place. There are ample names for cowboys here, they are Old Western names with a stylish ring to them.

If you are looking for more country baby names, check out our list of the best country girl names and the best cute country boy names.

Western Names For Boys Inspired By Cowboys And Pioneers

Cowboys are renowned for their Wild West ways. The hat and cowboy boots have long been the hallmark of these famous outlaws in the Old West. These Western boy names can help you to celebrate the spirit of cowboys through your baby boy and his name.

10. Clayton (English origin) meaning "from the township on clay land".

Western Names For Girls Inspired By Cowboys And Pioneers

Western names are known for their outdoor vibes. These cowboy and pioneer inspired names have never gone out of style. Here are some ideas for naming your baby girl.

The glamorized image of cowboys and pioneers has inspired parents to look for names that represent these ideals. Here are some gender neutral ideas to get you started, which can be used for naming your baby boy or baby girl.

74. Denver (American origin) meaning "from the passage of the danes".

Kidadl has lots of great baby name articles to inspire you. If you liked our suggestions for Old Western baby names, then why not take a look at our list of the best country dog names, or for something different, take a look at these geographical baby names.