You know those weekends when all you want to do is curl up and watch a movie, but also the idea of spending any more time stuck in the house is breaking you out in a cold sweat? May we present... Kids' Kino Club! Every Saturday Regent Street Cinema hosts kid-friendly screenings at super affordable prices (under £10 for a central London cinema is practically unheard of). You'll find exciting recent releases and old favourites you'd forgotten how much you love. Read what Kidadler Shrity had to say about her first visit to this hidden gem.

Travel to the Regent Street Cinema was a pleasant 1-hour journey by bus (113) which took us direct from Mill Hill to Regent Street (a short walk away from the entrance of the cinema). Sitting on the top of the bus we went past Lord's Cricket Ground, Regent Street Mosque, the Sherlock Holmes Museum and numerous shops that are not on our local high street - these sights kept the kids entertained on the bus journey and it beats a stuffy Tube journey any time.

On entering the cinema, we were surprised to see a small but well-designed foyer akin to an expensive hotel lobby. We didn’t wait long to be served - the usher told visitors with pre-booked tickets to go on inside as it was non-allocated seating. The screening room was a large, opulently decorated with gold plasterwork on the walls and ceiling reminiscent of '70s cinema style, the chairs were generously sized, covered in green velvet and were extremely comfortable…we were pleasantly delighted.

There was a bar which sold alcohol, hot and cold drinks and pre-packed snacks including popcorn and ice cream. The bar seemed very reasonably priced; we purchased a tea, coffee and hot chocolate for £6.60. Lots of families brought in their own snacks for their kids, and then purchased hot drinks and ice cream after the film.

The film ‘The Queen's Corgi’ was entertaining and fast-moving with lots of laugh out loud moments for both adults and children. The resemblances to royalty and the Trumps were scarily lifelike and very amusing. This film is well worth a watch on the big screen.

When the film ended, an usher stood at the front with a bag for everyone’s wrappers and drink cartons, reminding us that this is not a big chain but a smaller run private cinema.

After the film we walked down Regent Street for lunch, and then ventured into Carnaby Street and Liberty. There is a large number and range of eateries and clothing shops nearby and the large shop window displays mesmerised my children.

There are great transport links within walking distance of the cinema, so it is easy to spend some time in this area then head somewhere else in central London to make it a day trip.

I highly recommend Regent Street Cinema - I am so glad that smaller private cinemas such as this are still around; the inside décor takes you back in time to another era, it has a calm environment and it is great to give children a view of a more simplistic but opulent cinema times. The film cost £5 per adult and £3 per child, which is such a steal for central London. We will definitely be back for another family film. 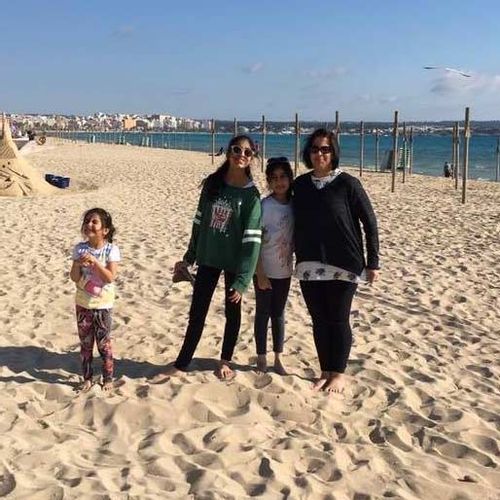 Shrity loves spending time with her three daughters aged 15, 12 and 7. She's an expert at finding the best activities that work for her youngest and two teens. She loves the seaside, going to the cinema and finding new places in London to explore.