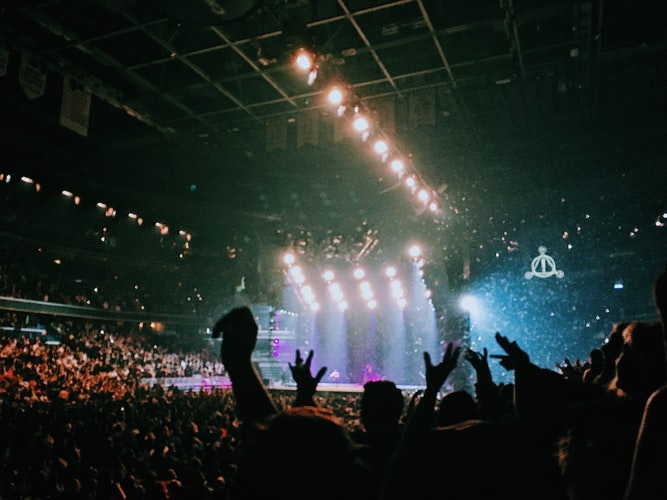 Created by the band members Brendon Urie, Breant Wilson, Spencer Smith and Ryan Ross- the band is one of the hottest groups of the 21st century.

The name of the band is inspired by one of America's foremost rock band, 'Name Taken's' song, 'Panic'. It was formed in Las Vegas in 2004.

The thing that sets this group apart from the rest of the rock bands in the world is the sheer theatrical experiences that this group incorporates in its performance and its song. Starting from contemporary techno beats to heart-wrenching ballads, this group has delivered some of the best bops of all time. As of yet, they have released six studio albums. At present, the band operates with just Brendon Urie as the official member and temporary band crews are brought in when the band goes on tour.

Read on for Panic! At The Disco hallelujah quotes and more. You might also like Led Zeppelin quotes and Brendon Urie quotes.

Panic! At The Disco Lyric Quotes

This rock band has received various accolades for their songs including VMAs and awards at the Alternative Press Music Awards. Enjoy these lyrics from a few of the best P!ATD songs ever.

1. "I told you time and time again

I'm not as think as you drunk I am

‹And we all fell down

When the sun came up."

-'Don't Threaten me With a Good Time'.

2. "Tonight we are victorious

Champagne pouring over us

All my friends were glorious

Tonight we are victorious"

Oh it is a Saturday night, yeah."

Cause these words are knives that often leave scars"

Headed to the guillotine

Skin as cool as Steve McQueen

Let me be your killer king."

If I had one more day

To be better than I could have ever been."

9. "Had to have high, high hopes for a living

Shooting for the stars when I couldn't make a killing

Didn't have a dime but I always had a vision."

10. "You can't take me anywhere, anywhere

I know you never get just what you see

But I will never bore you, baby

(And there's a lot of lame guys out there)."

Ain't you ready for the latest?

In the garden of evil

I'm gonna be the greatest."

13. "I'm playing hooky with the best of the best

Put my heart on my chest so that you can see it, too"

Cut me a silk-tied tourniquet."

15. "This is Gospel for the fallen ones

Locked away in permanent slumber

From pieces of broken memories"

Dancing is not a crime, 'less you do it without me"

Stocks and bonds and bible traders

So I do the deed, get up, and leave

A climber and a sadist, yeah."

Panic! At The Disco Love Quotes

Here are some of the most popular love lyrics from Panic! At The Disco.

We will stay tan,

And I swear that I will always paint you."

Heart to heart and eyes to eyes"

25. "And when your fantasies

Promise me a place

In your house of memories."

Build myself a wall of unhappy highs

And only my heart knows my head is lying, lying"

Death Of A Bachelor Lyrics

Death of a Bachelor is the fifth album and one of the best works produced by the group. It debuted at Billboard 200 and received high praises. Enjoy this collection from the first solo project of the band.

Just a beachfront of bad blood

And a coast that's unclear."

Ice has melted back to life

Done my time and served my sentence

Dress me up and watch me die."

29. "The bitter pill I swallow

That tattoo, your last bruise

Only black days and sky grey

And clouds full of fear."

It must be mine

I see the shadows on my face

People have told me

I don't look the same"

But you know legends never die"

The ones that you love for the ones you hate."

The death of a bachelor

O-o-oh! Seems so fitting for

-'Death of a Bachelor', PPanic! At The Disco.

You can set yourself on fire

-'Crazy=Genius', Panic! At The Disco.

37. "And if ya wanna make it through the night

The good, the bad, and the dirty."

38. "Share one more drink with me, smile even though you're sad

The lace in your dress tingles my neck, how do I live?"

39. "All you sinners stand up, sing hallelujah (hallelujah!)

Show praise with your body

-'Hallelujah', Panic! At The Disco.

Invisible to the Hollywood shrine

Always on the hunt for a little more time

Here are some of the best lyrics from the Panic! At The Disco favourite, 'New Perspective'. Have a good time.

That changes everything I see

And maybe if I continue watching

I'll lose the traits that worry me."

I wanna live a life from a new perspective"

I want to be praised from a new perspective."

I feel them crash against my skin

And I smile as I respire because I know they'll never win."

Don't wanna live a life that was comprehensive

'Cause seeing clear would be a bad idea

Now catch me up on getting out of here."

Here at Kidadl, we have carefully created lots of interesting family-friendly quotes for everyone to enjoy! If you liked our suggestions for Panic! At The Disco quotes then why not take a look at Beatles quotes, or Kpop quotes.

How To Get That Summer Holiday Buzz Back
Olivia Ward-Smith
No items found.