150+ Park Names From Around The World To Inspire You 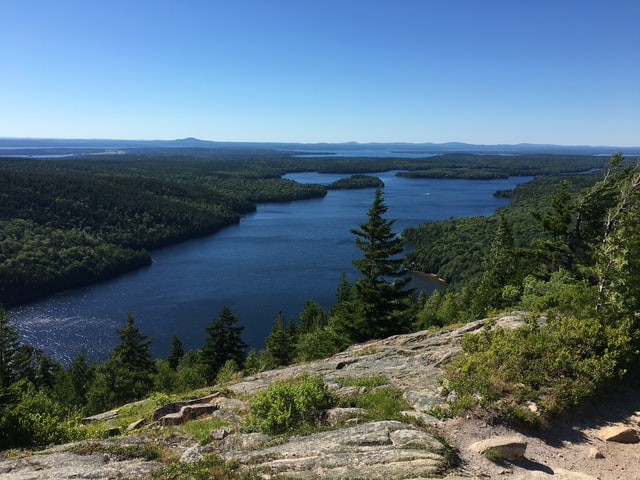 There are a number of pleasing public parks in the world having a natural environment with rivers, flowers, plants, and rocks.

Park is actually a Korean name as it was named after the Korean King, Hyeokgeose Park. Park is also a last name and it means "gourd". While theme parks are not the same as nature parks, there are some good theme park names which include Schlitterbahn Water Park, Knoebels, Cedar Point, Walt Disney World's Magic Kingdom, and Universal's Islands of Adventure. If you are looking for a list of national parks or best national parks, have a look at our lists that will offer you the best of the options.

The first national park was Yellowstone National Park that was established on 1 March 1872. As per the reports, California of the United States has most of the national parks. If you are looking for names of national parks then have a look at our list of all national parks in the US. The listed National Park names will give you an idea of each park's location and distinct feature.

1. Acadia National Park, is a recreation area in Maine.

2. American Samoa National Park, is in the American Samoa region of the United States and is the preservation of coral reefs, and tropical rainforests.

3. Arches National Park, is in Utah with natural sandstone arches of around 2000 in number.

4. Badlands National Park, is in South Dakota and is attractive for its layered rock formations.

7. Black Canyon of the Gunnison National Park, is in western Colorado, famous for its natural carved rocks.

8. Bryce Canyon National Park, is in Utah known for the formations of spire-shaped rocks.

9. Canyonlands National Park, is in Utah famous for its desert landscape produced by the Colorado River.

10. Capitol Reef National Park, is in Utah, known for its Waterpocket Fold.

14. Crater Lake National Park, is in the Cascade Mountains of southern Oregon, famous for its Crater Lake.

15. Cuyahoga Valley National Park, is in Ohio along the Cuyahoga River.

16. Death Valley National Park, is a park system in the United States of America.

17. Denali National Park, is in Alaska known for its glaciers, wildlife, and spruce forest.

19. Everglades National Park, is in Florida known for the glassy river Everglades.

20. Gates of the Arctic National Park, is in Alaska.

22. Glacier National Park, is in Montana known for its peaks and valleys.

23. Grand Canyon National Park, is in Arizona and is home to red rocks.

24. Grand Teton National Park, is in Wyoming and is one of the most stunning destinations.

26. Great Sand Dunes National Park, is in southern Colorado and is famous for its huge dunes.

27. Great Smoky Mountains, is in the U.S., known for its mountain range.

28. Guadalupe National Park, is in Texas and is known for its Salt Basin dunes that are white-bright in color.

30. Hawaii Volcanoes National Park, is in Hawaii and is famous for its active volcanoes named Kīlauea and Mauna Loa.

31. Hot Springs National Park, is located in the central Garland County of Arkansas. It is the smallest national park in the US.

33. Joshua Tree National Park, is located in the southern part of California, known for its rock formation.

34. Katmai National Park, is in Alaska, famous for its forests, lakes, and mountains.

35. Kenai Fjords National Park, is in Alaska and was established in 1980.

36. Kings Canyon National Park, is in the Sierra Nevada mountains of California.

38. Lake Clarke National Park, is in southwest Alaska and was established in 1980 as a national park.

39. Lassen Volcanic National Park, is in northern California and is rich in hydrothermal sites.

40. Mammoth Cave National Park, is in Kentucky and is the longest cave system in the world.

41. Mesa Verde National Park, is located in the southwest of Colorado.

42. Mount Rainier, is a large active stratovolcano and is located in Washington State.

44. Olympic National Park, is covered with peaks and mountains and is in Washington State.

45. Petrified Forest National Park, is famous for its Rainbow Forests and is in north-eastern Arizona.

46. Pinnacles National Park, is a mountainous region and is located in Salinas Valley of Central California.

47. Redwood National Park, is a state park in the U.S.

50. Sequoia National Park, is in California and was established in 1890.

51. Shenandoah National Park, is in Virginia.

58. Yosemite National Park, is in the Sierra Nevada mountains of California.

Parks In Cities (Across The World)

Parks in cities have become some of the most visited places by the tourist across the world. The list given below offers you the cool park names as well as funny park names in cities.

61. Beihai Park, is also known as Winter Palace and is one of the parks in the city of Beijing.

62. Boboli, is a historical park located in Florence.

63. Centennial Park, is in Sydney.

64. Central Park, is the most famous park in New York City.

65. Chapultepec, the city park is in Mexico City.

68. Djurgården, is in Stockholm.

69. Englischer Garten, is located in Munich.

72. Green Point Park, is located in the Cape Town

73. Griffith Park, the public park is in Los Angeles.

74. Hibiya Park, the beautiful park is in Tokyo.

77. Ibirapuera, the park is located in São Paulo.

78. Jardin du Luxembourg, is in Paris.

79. Keukenhof in Lisse, is located in the Netherlands.

81. Lumphini Park, the location of this beautiful park is in Bangkok.

82. Luxembourg Gardens, is a public park in Paris.

83. Millennium Park, is a public park in Chicago.

84. Minnehaha Park, is a city park in Minneapolis.

85. Mount Faber Park, the park is located in Singapore.

88. National Garden, is in Athens.

89. Parc des Buttes-Chaumont, is in Paris.

95. Shanghai Houtan Park, the public park is in Shanghai.

97. Stanley Park, is in Vancouver.

99. The Imperial Palace Gardens, is in Tokyo.

104. Voyageurs park, is in Minnesota.

108. Almondell and Calderwood Country Park, is a country park in Scotland.

113. Badminton House and Estate, is a country park in Badminton, England.

116. Balnacoul Woods, is in Moray, Scotland.

117. Bantock House And Park, is in Wolverhampton, United Kingdom.

118. Barnluasgan Visitor Centre, is a natural preserve and country park in  Scotland.

119. Beechwood Park, is located in England.

124. Billesley Common, is in Birmingham, England.

126. Black Park Country Park, is a park in England.

127. Blair Castle Trekking Centre, is a castle along with a country park in Blair Atholl.

128. Boggart Hole Clough, is an urban country park and a forest in Manchester.

130. Bonaly Country Park, is in Scotland.

131. Bowhill House & Country Estate, is a country park in Scotland.

140. Calderglen Children's Zoo, is in Glasgow.

142. Camperdown Country Park, is in Dundee.

149. Sheldon Country Park, is in Birmingham.

150. Smithland Woods, is in Leicestershire.

151. The Bin Forest, is a country park and forest in Scotland.

Kidadl has lots of great name articles to inspire you. If you liked our suggestions for Park names then why not take a look at something different like Lake Names From Around The World To Inspire Your World Building or All Of The Finger Lakes Names So You Can Plan Your Trip.