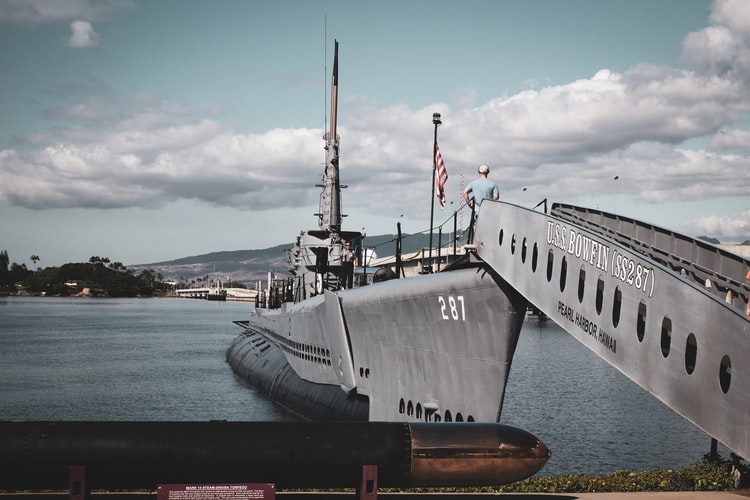 The attack on Pearl Harbor happened on 7 December 1941, at precisely 8:00 in the morning.

It was largely because of this attack that the United States entered into World War II. This attack is remembered around the world and was referred to as the 'Hawaii Operation' and 'Operation AI' by the Japanese military.

There was one particularly famous quote from Pearl Harbor. President Roosevelt said, "Yesterday, December 7, 1941 — a date which will live in infamy — the United States of America was suddenly and deliberately attacked by naval and air forces of the Empire of Japan."

Here, you will find some of the famous quotes said about Pearl Harbor.

1. "I fear all we have done is to awaken a sleeping giant and fill him with a terrible resolve."

2. "Pearl Harbor caused our Nation to wholeheartedly commit to winning World War II, changing the course of our nation's history and the world's future."

3. "Millions of people gave their lives fighting fascism and imperialism, but Pearl Harbor was the event that forever changed the course of human history."

Here are some famous war quotes on Pearl Harbor from President Roosevelt.

4. "Yesterday, December 7, 1941 — a date which will live in infamy — the United States of America was suddenly and deliberately attacked by naval and air forces of the Empire of Japan."

5. "No matter how long it may take us to overcome this premeditated invasion, the American people in their righteous might will win through to absolute victory."

6. "We must be the great arsenal of democracy. For us, this is an emergency as serious as war itself. We must apply ourselves to our task with the same resolution, the same sense of urgency, the same spirit of patriotism and sacrifice as we would show were we at war."

Here are some Pearl Harbor quotes and quotes about World War II to remember the important event in history, including a quote from former British Prime Minister, Winston Churchill, about Pearl Harbor.

8. "Let us, therefore, brace ourselves to our duties, and so bear ourselves that, if the British Empire and its Commonwealth last for a thousand years, men will still say, 'This was their finest hour.'"

9. "Soldiers, Sailors, and Airmen of the Allied Expeditionary Force! You are about to embark upon a great crusade, toward which we have striven these many months. The eyes of the world are upon you. The hopes and prayers of liberty-loving people everywhere march with you."

10. "You ask what is our aim? I can answer in one word: Victory. Victory at all costs... For without victory there is no survival."

Here are some World War II quotes on the attack on Pearl Harbor.

12. "I thought of a remark... that the United States is like a gigantic boiler. Once the fire is lighted under it there is no limit to the power it can generate. Being saturated and satiated with emotion and sensation, I went to bed and slept the sleep of the saved and thankful."

14. "After the Pearl Harbor attacks, around 120,000 Japanese Americans were jailed in internment camps."

15. "Whenever a soldier needed an escape, the antidote to anxiety, relief from boredom, a bit of laughter, inspiration, or hope, he cracked open a book and drank in the words that would transport him elsewhere."

16. "When Pearl Harbor was bombed, young Japanese-Americans, like all young Americans, rushed to their draft board to volunteer to fight for our country. That act of patriotism was answered with a slap in the face. We were denied service and categorized as enemy non-alien."

Here at Kidadl, we have carefully created lots of interesting family-friendly quotes for everyone to enjoy! If you liked our suggestions for 15+ Pearl Harbor quotes, why not look at these [anti war quotes] and world peace quotes too?