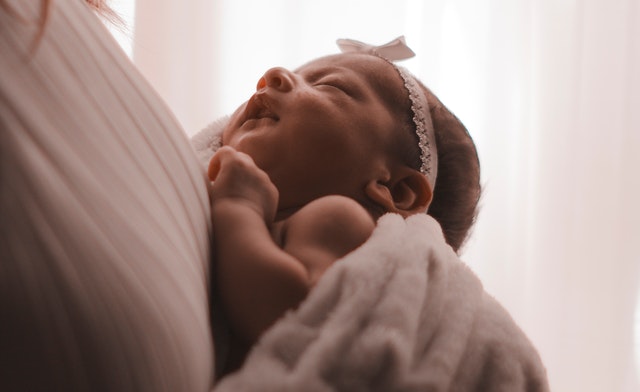 The word sassy means “bold”, “lively”, and “full of spirit”.

Sassy girl names will perfectly capture the crazy personality of your little girl. In this article, we have listed more than 100 sassy girl names for strong princesses.

As well as sassy names, we’ll also mention some tough girl names, powerful girl names, and strong girl names, because after all, our girls are strong and sassy and they need names to match! So let’s get right into it and kick off our list of sassy girl names! Feel free to use these names for your sassy baby girl. If you love this sassy name list, you may also want to check out these strong female names and these names that mean brave.

Sassy girls have tough personalities. If you’re looking for a baby girl name to complement your sassy baby girl’s personality, pick one of the strong female names from this list.

2. Adira (Hebrew origin)- The baby girl name Adira is a unique one, it means “strong”.

4. Aila (Scottish origin)- This name has two meanings; “bringer of light” and “from a place of strength”.

5. Aimilos (Greek origin)- This name means “strength” and would be perfect for a strong little princess.

10. Athena (Greek origin)- In Greek mythology, Athena is the goddess of war, and it’s the perfect name for a sassy baby girl.

13. Bali (Sanskrit origin)- Bali means “strength” and is one of the unique baby names for your baby girl.

15. Bernadette (German origin)- The name sounds elegant but means “brave as a bear”.

18. Cassandra (Greek origin)- Cassandra means “unheeded prophetess” and is a slightly unique name to consider for your little girl.

24. Lenna (German origin)- Lenna means “lion hearted” and “strong as a lion”. One of the best strong names for girls.

25. Leona (French origin)- Leona means “lion” in French and is one of the best baby name choices for your sassy baby girl.

28. Minerva (Etruscan origin)- Minerva is the Goddess of wisdom and war.

29. Minka (Polish origin)- Minka means “strong will” and is a unique name that is sure to make your baby girl stand out.

30. Nike (Greek origin)- Nike is one of the more unique names for girls, it is a baby name derived from the name of the Goddess of victory in Greek mythology, Nike.

34. Trudy (German origin)- Trudy is one of the best baby names to consider for your baby girl as it means “universal strength”.

35. Tyra (Norse origin)- If you want to pick from the fiercest baby names for girls, go for Tyra, as it means “Goddess of battle”.

39. Beatrix (Latin origin)- Beatrix is the ideal sassy name for your girl and it means “bringer of happiness”.

44. Naomi (Hebrew origin)- Naomi means “delightful”. One of the most loved names for girls.

45. Phoebe (Greek origin)- Phoebe means “the shining one”. This is another of the most loved baby girl names.

46. Roxy (American origin)- When it comes to sassy names for girls, it doesn’t get any sassier than Roxy, which means “like the dawn she glows”.

50. Xena (Greek origin)- Even though Xena means “welcoming”, it’s quite a sassy name for little girls.

Names Of Strong Girls From History For Sassy Girls

If you’re looking for strong girl baby names, why not look to our history to draw inspiration from women who’ve made unforgettable contributions to humankind?

52. Alice (Old French origin)- Alice Milliat was a French athlete who organized the first multi-sport international event for women in 1921.

59. Boudicca (Celtic origin)- Boudicca was the Queen of the Celtic Iceni tribe.

60. Buchi (African origin)- Buchi Emecheta was a novelist whose literary works earned her an OBE in 2005.

61. Clara (Latin origin)- Clara Barton was a nurse who became the founder of the American Red Cross in 1881.

62. Cleopatra (Greek origin)- Cleopatra was the last ruler of the Ptolemaic dynasty of Egypt.

69. Ethel (Old English origin)- Ethel Smyth was a composer who was actively involved in movements for women’s rights.

71. Florence (French origin)- Florence Nightingale was a nurse who provided medical services during the Crimean War.

73. Gabriela (Hebrew origin)- a Chilean poet who was awarded the Nobel Prize in 1945.

74. Gertrude (German origin)- the first female to cross the English Channel in 1926.

78. Isabella (Hebrew origin)- an explorer and writer who traveled the world in the nineteenth century.

79. Jane (French origin)- Jane Austen was one of the most famous British authors.

80. Joan (Hebrew origin)- a military leader who led the French in the fifteenth century.

82. Katharine (Greek origin)- the first woman to publish a major newspaper in America: The Washington Post.

83. Katia (Slavic origin)- a French volcanologist who dedicated her life to studying volcanoes.

84. Laura (Latin origin)- a renowned academic and physicist who became the first female professor in Europe.

85. Lily (Greek origin)- a professional footballer who contributed towards the development of women’s football.

91. Nellie (Latin origin)- one of the first journalists who focused on social issues such as poverty in the late nineteenth century.

94. Ruth (Hebrew origin)- an inventor and entrepreneur who founded Mattel in 1945.

99. Susan (Hebrew origin)- a filmmaker and writer whose works encompassed various fields such as philosophy and art.

Kidadl has lots of great name articles to inspire you. If you liked our suggestions for sassy girl names, then why not take a look at girl names that mean warrior, or these edgy girl names.