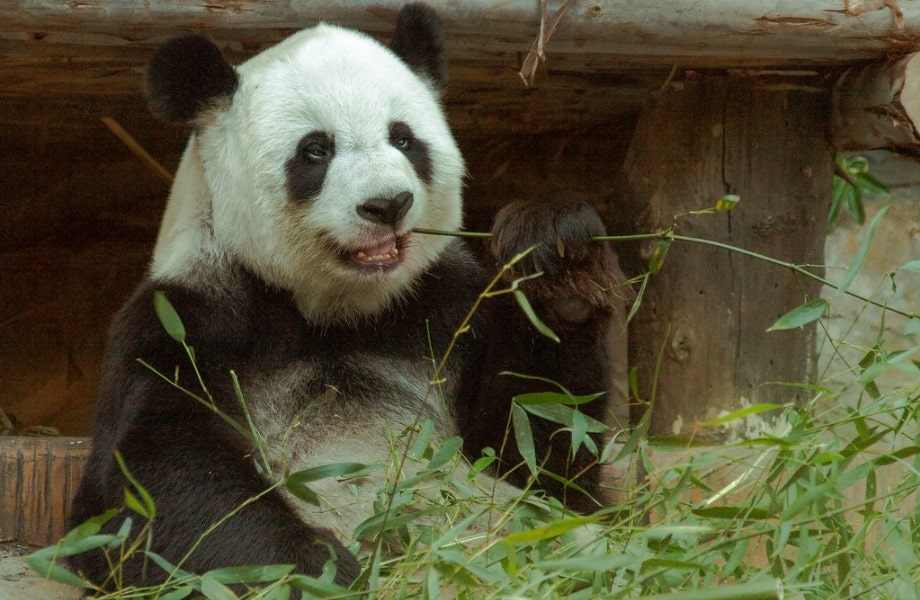 Selecting a name for a loved one – a child, a pet, or even a plush toy – can be a time-consuming, high-stakes task.

This living creature, or inanimate object, will endure this name for the rest of his or her life. Thankfully, naming a baby panda, otherwise referred to as a cub, is stress-free and very fun!

The panda bear, also called the giant panda, is a lovable, though fierce, bamboo-eating native of China.  Forest land serves as the habitat of a panda.  It is also common to find pandas at the zoo.  These black and white-coated, woolly creatures, with puff ball ears and paws complete with claws are a topic of great debate among scientists.

Professionals dispute over whether the beloved creature, scientifically known as Ailuropoda melanoleuca, is to be categorized as a bear or as a raccoon.  This dispute also extends to include the controversy over how the red panda, cousin of the giant panda, should be categorized.  According to the U.S. Fish & Wildlife Service, the giant panda is to be classified as a bear, while its equally cute cousin, the red panda, belongs in the raccoon family – who would have thought?

The technical part is covered.  Now, take a look at these 50 names, perfect for the giant or red variety, of a real-life, newborn cub or a nonliving, though similarly adorable, plush toy.

For more naming inspiration and ideas take a look at these short boys' names or these earthy boy names.

2. Flora (Latin origin), meaning ‘plants, flowers, and fertility’; there is a goddess in Roman mythology with the name.

Adorable boys’ names for the gentle giants known as pandas.

15. Percy (Greek origin), meaning ‘to destroy’; though it sounds a bit dangerous, it comes from the Greek figure Perseus, Percy sounds so loveable.

16. Peter Panda (Greek origin), meaning ‘stone or rock’; of course, this is simply the meaning of the name Peter.

17. Pierre (French origin), meaning ‘stone or rock; it is the French version of Peter.

Unbelievably cute names both for the living, breathing pandas roaming around forests and zoos, and the plush pandas sitting obediently on beds and couches.

26. Pandemonium (Greek origin), meaning ‘evil spirit’; pandas are quite the opposite of evil, but this adorable name matches paradoxically well with their angelic faces.

31. Tumbles (Middle English), meaning ‘to fall over and over again’.

Whimsical names for lovers of sweet and savory treats.

35. Cupcake (English origin), meaning ‘small cake serving one person’; though the word is commonly used in a loving way.

37. Peanut (Turkish origin), meaning ‘husk’; though the word is commonly used endearingly towards a loved one.

38. Pumpernickel (German origin), meaning ‘dark rye bread’; despite the word’s meaning being a bit dull, the name itself is very cute for an animal.

40. Sundae (unknown origin), there are varying tales of who invented the first ice cream sundae and how it got its name; regardless, the name suits a panda very well.

Charming names of the celebrity pandas who have called China their home.

45. PanPan (French origin), meaning ‘failure or breakdown’; despite the negative denotation of the name, its connotation is one that is cutely fitting for a panda.