48 Pirate Parrot Names From History And Fiction To Inspire You 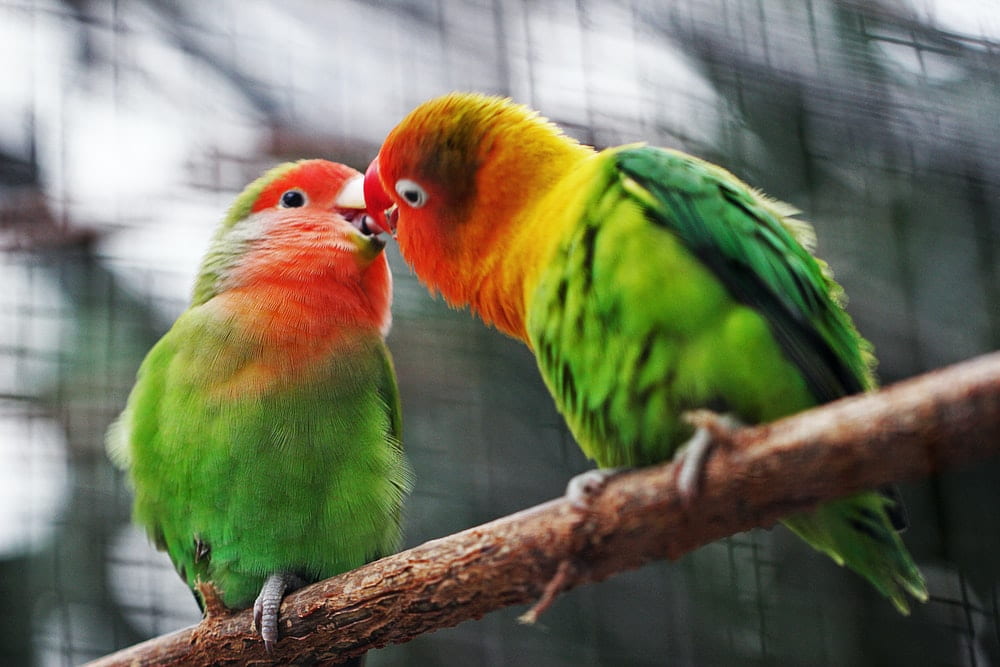 No matter what type of bird you own, you need a name for your parrot that has a great meanings behind it.

So, let's help you find names that sound good, are meaningful and are a little bit funny. We believe that when you mix meaning with humor, you can get off the best names that are ideal for your pet bird.

Pirates are the perfect place to look for inspiration when naming parrots, as they are often pictured with a pet parrot of their own. Did you know that the most common bird owned by pirates was a Macaw?

Whether you have a macaw or not, here are some great pirate inspired parrot names for your new pet. For more pirate naming fun, check out these funny pirate names and these pirate ship names.

Whether you have a Macaw, an African Grey or any other kind of parrot, take naming inspiration from this list.

1. Ahoy: a perfect name for your parrot after the pirate slang.

2. Bart: a perfect name for a parrot inspired by pirate Bartholomew Roberts.

4. Bones: a strong name for your pirate parrot, we think it is a perfect name for an African Grey parrot.

5. Calico: after the famous and notorious sea pirate Calico Jack.

6. Cutlass: a perfect name for a male parrot referring to the short sword used by pirates.

7. Crabbe: after the Flemish pirate Crabbe.

9. Grampus: the name of a famous pirate ship.

10. Henry: you can either call your boy Henry or Morgan after the famous Welsh pirate Henry Morgan.

13. Alvid: the name of the leader of a group of Norwegian pirates.

14. Anne: after the famed female pirate, Anne Bonny. This is a great famous parrot name inspired by a famous pirate.

19. Angelica: for a female parrot, after the daughter of Blackbeard.

20. Teuta: after the Pirate Queen Teuta of Illyria.

If you are looking for cute parrot names from popular culture for your hen (which is what a female parrot is called) then we have got lots of parrot name ideas here.

21. Penny: after one of the few female pirates in the 'Age Of Piracy'.

22. Elizabeth: after the female protagonist from 'Pirates Of The Caribbean' movies.

23. Mary: after the female pirate of 'Seven Seas'.

25. Zafira: the name of a female pirate in 'Thugs Of Hindostan'.

Here are some funny parrot names that are inspired by fictitious characters.

26. Atomsk: a fictional pirate King. Such cool names for a bird are a great option.

27. Barbosa: a classic reference from 'Pirates Of The Caribbean'.

28. Bootstrap: a popular fictional pirate from the 'Pirates Of The Caribbean' movies.

29. Captain Blood: the lead character from the movie of the same name.

30. Davy: a reference to Davy Jones from the 'Pirates Of The Caribbean' film series.

31. Fluke: a good luck streak that is essential for pirates.

32. Hook: after the famous character, Captain Hook in 'Peter Pan'.

33. Long John Silver: after the character in 'Treasure Island'.

35. Raider: a perfect synonym name for your pirate boy.

38. Sparrow: you can never go wrong with the name Captain Jack Sparrow.

A good ol' pun never goes out of fashion. Try these funny names for your parrots.

40. Salty Sarah: for a parakeet who loves swimming in the ocean.

41. Hillary Puff: a puffy bird who loves to sing.

42. Hendy Kaling: for a parrot who loves to crack jokes on the deck.

43. Meryl Cheep: for a parrot with high pitched voice.

44. Blu Raider: an excellent name for your blue parrot.

Some of these monikers are created using two words: a celebrity's name mixed with bird related terms.

47. Captain Flint: after the fictional character in the book 'Treasure Island'.

Kidadl has lots of great names articles to inspire you. If you liked our suggestions for pirate parrot names then take a look at these parrot names for your pet, or for something different these punny penguin names.