25+ 'Planet Of The Apes' Quotes From The Sci-Fi Franchise 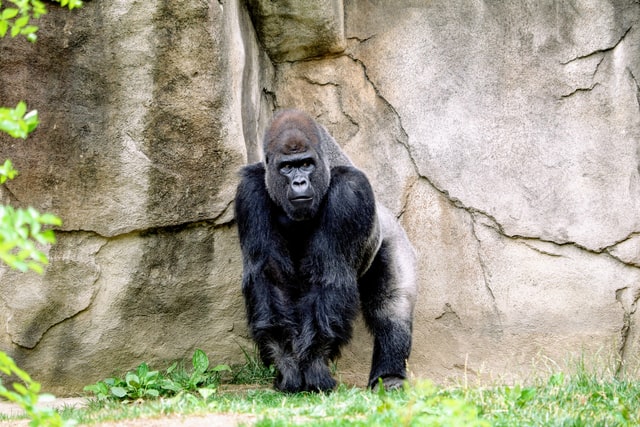 'Planet Of The Apes' is an American sci-fi media franchise that consists of several movies, books, animated series, comics, and more.

The film franchise is loosely based on the book, 'The Planet Of The Apes' written by Pierre Boulle. The film franchise has been hailed for its correct depiction of animal rights issues, racial issues, and exploring the Cold War.

If you are interested more such movie quotes, do check out  'Conan The Barbarian' quotes and 'Armageddon' quotes.

Significant 'Planet Of The Apes' Quotes

4. "Taylor: A planet where apes evolved from men? There's got to be an answer.

Dr. Zaius: Don't look for it, Taylor. You may not like what you find."

Dr. Zira: All right, but you're so damned ugly."

6.  "Koba started this war. I fight only to protect apes.”

7.  " I see you've brought the female of your species. I didn't realize that man could be monogamous."

8.  "Beware the beast Man, for he is the Devil's pawn. Alone among God's primates, he kills for sport or lust or greed. Yea, he will murder his brother to possess his brother's land. Let him not breed in great numbers, for he will make a desert of his home and yours. Shun him; drive him back into his jungle lair, for he is the harbinger of death."

9. "Don't look for it Taylor, you may not like what you find"

10. "There is no contradiction between faith and science...true science."

12. "You are right, I have always known about man. From the evidence, I believe his wisdom must walk hand and hand with his idiocy. His emotions must rule his brain. He must be a warlike creature who gives battle to everything around him, even himself."

'Planet Of The Apes' Famous Quotes

Here is a list of some of the famous 'Planet Of The Apes' quotes across all the films in the franchise.

- Taylor, Planet Of The Apes'.

Taylor: The way you humiliated me? All of you? You led me around on a leash!

Cornelius: That was different. We thought you were inferior.

'Rise Of The Planet Of The Apes' Quotes

Here are some of the popular quotes from the rebooted film series.

19.  "Steven Jacobs: You used an untested drug on your father. I could end your career with one phone call.

'Dawn Of The Planet Of The Apes' Quotes

Here is a list of some of the most recognized quotes from the 'Dawn Of The Planet Of The Apes'.

Caesar: Enough! From humans, Koba learned hate. But nothing else.”

Caesar: You are no ape."

- 'Dawn Of The Planet Of The Apes'

25. " I can't help thinking somewhere in the universe there has to be something better than man. Has to be."

'War For The Planet Of The Apes' Quotes

This is a list of some of the quotes from the film.

28. "This is my fight. I may not make it back. Make sure my son knows who his father was."

29.  "All of human history has lead to this moment. The irony is we created you. And nature has been punishing us ever since. This is our last stand. And if we lose... it will be a Planet of Apes."

Caesar: His wall is... madness. It will not save him, anymore than it will save you.

Red Donkey: I save myself.

Caesar: Is there anything left of you to save?"

Here at Kidadl, we have carefully created lots of interesting family-friendly quotes for everyone to enjoy! If you liked our suggestions for 'Planet Of The Apes' quotes, then why not take a look at 'The Martian' quotes and 'The Matrix' quotes.