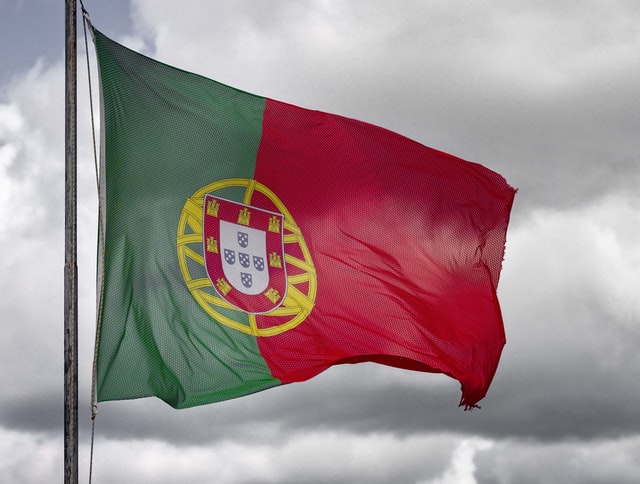 Are you looking for a Portuguese last name?

One that not only encapsulates its origin but also accentuates its beauty and diversity? Or, one that perhaps brings to the fore the family history and tradition?

The Portuguese Empire is believed to be among the first global and enduring empires ever! Even today, it's not uncommon that people from India and various other parts of Asia, North and South America, Africa have last names which trace back to Portugal. Usually entailing one or two given names, and a few family names as a surname, the Portuguese aren't too rigid with their naming system. The Portugal law mandates that every child born to a family be bestowed with at least one given name and one family name from either parent. Usually, the maternal surname precedes the paternal surname. While the law officially establishes that no person can have more than two given names and four surnames, the law isn't strictly enforced, so it’s relatively common for people to have more than four surnames.

The Portuguese naming system is unique. Portuguese surnames are either patronymic, locative, or have a religious origin. The particle ‘de’ meaning ‘of' or 'from’ is a pervasive feature of Portuguese surnames. They are written in the lower case. Unlike Italian surnames, they are not considered to be a part of the name itself, i.e., Sousa is not different from D’sousa. Therefore, alphabetically, both would be recorded under the alphabet ‘S.’ Another common conjunction observed in Portuguese surnames is ‘e’ meaning ‘and,’ for instance, Maria Costa e Silva. The difference between the use of the participle ‘de’ in its various forms, and conjunction ‘e’, is that the former should not be included in the shortened version of one’s name, but the latter must. For instance, while Luiz Pereira da Silva should be referred to as Mr Silva, Maria Costa e Silva will become Ms Costa e Silva.

Read on for Portuguese last names! And for more last name inspiration, take a look at Hawaiian Last Names and African Last Names.

Below we have listed the most commonly bestowed last names that hold a rich cultural significance, and are commonly found in Portugal and worldwide as a person's last name, even today. Here is a list of the most common Portuguese last names.

9. Oliveira means "Of the Olive Tree".

10. Ribeiro is a common Galician surname, which in Portuguese means "Small creek".

13. Souza often refers to a person from any of the various places named Sousa.

Below is a list that comprises other Portuguese surnames that are perhaps less common in comparison to the ones mentioned above, but are nevertheless extremely popular in Portugal, as well as the former Portuguese colonies.

14. Abreu a name common for Sephardi Jews which often refers to anyone living in or from Abreu's locale in Minho province of Portugal.

15. Afonso, (Portuguese origin) is the Portuguese version of Alfonso, meaning "Noble and ready".

17. Almada often refers to a person from Almada's town and in Arabic means "Ore mine".

19. Amaral means "From Amaral" / a person who lived on a grape plantation.

20. Amorim often refers to a person from said location in Portugal.

21. Araujo is derived from the autonomous region in Galicia.

22. Barbosa is a southwestern Galician surname.

33. Madeira means "Wood" or "timber", and often refers to someone who is a carpenter.

36. Nazario often refers to someone from Nazareth.

37. Noronha means often refers to a person initially from Noreña.

41. Ribeiro means "small creek or by the river".

Recognizable surnames are not commonly found but are popular because of renowned Portuguese celebrities, and therefore are well-known across the globe. While almost all the last names mentioned below have existed for a long time, the chances are that you have probably heard of them because of the said famous personality, especially if you aren't too well-versed with Portuguese culture. Take a look at the names below.

45. Camões of Luis Vaz de Camões (legendary poet) is believed to come from the bird "Camão" or "Castle of Camoens".

55. Rego of Paula Rego (painter) means 'Port,' often connoting to someone who lived at a place called so.

Patronymic surnames are derived from the father's first name, most commonly found by replacing the name's final vowel with 'ez', which scholars believe is derived from the Latin genitive form.

69. Dinis means followers of the "God of Wine - Dionysius".

When the person's last name depends on their region of origin, it falls under the category of 'locative or toponymic surname.' Preceding all the names below, one will find the particle 'de' in its various forms, since they're given to people 'of' or 'from' that particular place, region, or location of the family home.

82. Abrantes is named after a Portuguese town.

84. Allgarve is named after a kingdom in Portugal.

85. Alter is named after a Portuguese town, Alter does cham.

88. Braga is named after a city in Portugal.

90. Carvalhal translated means "A grove or forest of oaks".

92. Chaves is named after a Portuguese town.

95. Estremoz is named after a Portugal town, known for its earthenware.

96. Evora is named after a Portuguese city.

97. Faro is named after a city in the Algarves.

100. Lamego is named after a Portuguese city and bishopric.

107. Tomar is named after a Portuguese town.

108. Tores Vedras is named after a town in Portugal.