One of the most exciting and memorable tasks on the new baby girl to-do list when you're pregnant is choosing a name.

It might be great fun, but there's a lot to consider when you're searching for the perfect name for your little girl. Do you want something classic and traditional?

Then, of course, you need to take your new baby's surname into account and make sure the girl baby name you've chosen sounds just as beautiful when paired with it. And, if you're considering a middle name for your little princess, you might want to have a look at some ideas here. If your heart is set on a pretty girls' name beginning with P then you've come to the right place. We've compiled the ultimate list of lovely girls' names beginning with P, along with their meanings, so that you can find the perfect name for your beautiful baby girl. From classic and contemporary ideas to girl names that are inspired by nature or popular girl names that start with P, you'll be sure to find the perfect name for your baby girl here.

Keep things traditional and choose a girls' name starting with P that has been popular for many years and remains a top choice for many parents today. Many older names inspired by past generations are coming back in fashion for baby girls and the letter P has some really pretty and popular baby name options for parents to choose from.

Paula, (Latin origin) this name is the female version of Paul, and means "humble" or "small".

Penelope, (Greek origin) is one of the most classic girls' names beginning with P meaning "weaver".

Phoebe, (Greek origin) is one of our favourite girl names that start with P. It means"radiant, shining one".

Portia, (Latin name) meaning "an offering", and made famous by Shakespeare's 'The Merchant of Venice'

If you want to be modern with your baby girl name choice and have one of the newer names that start with P for girls, then you need to check out this list, with some really pretty, contemporary ideas. A lot of the more recent baby names to emerge take words that haven't historically been used as first names and give them a new lease of life. Think surnames as first names or words like 'Peace' and 'Praise'. In fact, if you love a word that begins with P it could become a really unique and original name for your baby girl.

Paige, (English/ French origin), this is an English surname that has transferred to become a girls' first name and comes from the French page boy.

Paityn, (English origin), a surname that has been transferred and respelled as a first name.

Persia, a baby name taken from the former name for the country now known as Iran.

Look to the beauty of nature for your girl names starting with P, as there are plenty of fabulous flowers and plants to inspire your choice. Nature-inspired names are very popular at the moment because they are usually very pretty-sounding words, which many girl parents want to reflect in their little one's name.

Pearl, (English origin) named after the object pearl, which is often associated with modesty and innocence.

Peony, (Greek origin) the name of a flower used in medicine.

Persimmon, from the fruit that resembles a large tomato.

Petal, (Greek origin) is one of the really pretty girl names that start with P meaning "leaf".

Petunia (English origin) the name of a flower.

Poppy, (Latin origin) is one of the most popular girls names beginning with P meaning "red flower".

Primrose, (English origin) is one of the lovely girl names that start with P and is a type of flower.

There are a surprisingly large number of famous people with baby girl names that start with P, so if you name your daughter after one of these then you might just have a celebrity on your hands in the future. Many celebrities have done inspiring and exciting things too, that you can tell your little girl about when they are older and which might inspire them to follow a similar path to their namesake.

Pandora, originally from the Greek myth about Pandora's box. This baby name was recently made famous by journalist and broadcaster Pandora Sykes.

Peaches, derived from the name of the fruit and made famous by Peaches Geldof.

Perdita, (Latin origin). Made famous by Welsh actress Perdita Weeks and can mean "lost" or one of the moons of Uranus.

Perrie, (French origin). Made famous by Little Mix singer Perrie Edwards, this is one of our favourite girl names that start with P, it means "pear tree".

Pocahontas, (Native American) from the famous Disney film about Chief Powhatan's daughter. Disney is a brilliant source of inspiration for baby names.

Looking for something that really stands out from the crowd when it comes to girl names that start with P? Then you'll want to choose a baby girl name from this list of unique and unusual baby girl names - some ancient and some brand new and rarely used before.

Persephone, (Greek origin) she was the wife of Hades.

Prim, shortened version of the baby name Primrose. This is one of the cutest baby girl names that start with P.

Names From Around The World Beginning With P

It can help to look around the world for popular girl names. We've compiled a list of some of the prettiest P names from overseas that will make for a stylish name for your baby girl.

Patrice, a French name meaning "noble". Usually used for boys in France, but girls in the UK.

Parvarti, an Indian baby name meaning "daughter of the mountain".

Pero, (Greek origin) a beautiful woman who was the daughter of Neleus and Chloris. 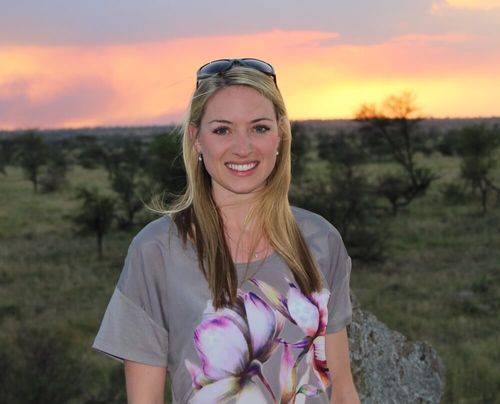