40+ Qunari Names With Meanings To Inspire You 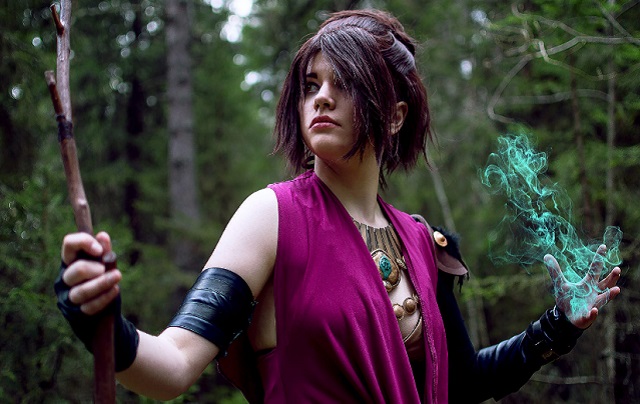 Coming up with your own 'Dragon Age Inquisition' names for the total experience is not very easy.

You need the perfect name for your Qunari 'Dragon Age Inquisition' character to inspire you. The right names are not easy to find, and your characters' name needs to be as unique as your gaming experience.

The Qunari are a group of people that are poorly understood because of the complex Qunari language. They are tall, strong, and muscular, and follow the ways of Qun. They are from Thedas. Their origins are unknown. The Qunaris are one of the strongest races on the continent and are feared by the other races for their militant fervor and zealousness. Their real names are kept secret and are a combination of numbers while they bear names based on their ranks or positions. Here are some 'Dragon Age' Qunari names, we've split them into male and female qunari names to make your search even easier.

The Qunari women are not usually part of the military because the males don't believe women should fight (pretty backwards if you ask us.) However, this does not make them any less important than the men. So, they are given specific positions and roles in society, and often bare names based on their positions. But female Qunari is of equal importance as their male counterparts as exclusive positions are strictly for Qunari females. Here are some good Qunari female names for your characters to complete your gaming.

2. Arigena (English origin) are heads of industry and agriculture and are part of the Salasari.

Male Qunaris have a distinctive physical appearance and are pretty intimidating. They are very strong and are a head taller than a human. They are the protectors and form the military force of the nation. Male Qunaris are usually given names based on their military rank and not referred to as anything else. A female who becomes a male is also referred to like that and given a position in the military. For a complete character, you need to find cool Qunari names that embody their great features. For the ideal Qunari male name check the list below.

17. Arvaarad (Unkown origin) means “the one who holds back evil”.

32. Ashkaari (English origin) means “philosopher,” “scientist,” or “one who seeks”.

42. Viddathari (English origin) refers to a new convert of the Qun.

For more inspiration on other character names, you can check our list of Fire Genasi names. You could also look at our complete list of Worgen names, for something a bit different.

How To Keep Your Family Safe On A Trip To The Cinema
Roxanne Sancto
No items found.