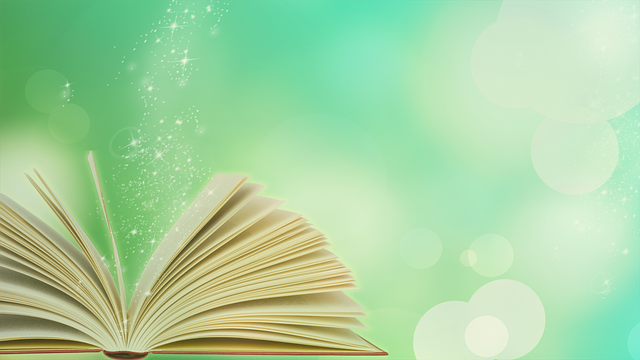 The idea of power differs according to perspective.

It is widely believed that possession of power often corrupts people. Power itself does not possess the ability to corrupt but it is the motive that acts as the guiding principle.

Have you ever felt weak and powerless? It's because power comes from faith and belief in the self. When we lose confidence and faith in ourselves we become weak. One must know how to hold power and how to wield it properly. Power can be used constructively like the way Abraham Lincoln, Mahatma Gandhi, Mother Teresa, and many others did. However, power can prove to be highly destructive if not placed in the right hands. This can be witnessed when we turn the pages of history. Various dictatorships are examples of this - with all the power of governance, they promoted mass-slaughter and genocide. It goes without saying that power is a weapon that needs to be used wisely as it can either take one to great heights of success or prove to be the reason for their undoing. Check out these highly motivating power quotes, Machiavelli quotes on power, power quotes from literature to boost up your faith and confidence.

If you love these power quotes then also check out Shakespeare quotes about death and 'Hamlet' revenge quotes.

These famous power quotes have been curated from across the world - from pages of literature like Shakespeare's 'Macbeth', from history, science, and philosophy. So, give these power quotes a read for understanding the real essence of power.

2. "He who wishes to be obeyed must know how to command."

4. “If you want to find out what a man is to the bottom, give him power. Any man can stand adversity — only a great man can stand prosperity. It is the glory of Abraham Lincoln that he never abused power only on the side of mercy”

5. "Stars, hide your fires, Let not light see my black and deep desires."

6. "Justice and power must be brought together, so that whatever is just may be powerful, and whatever is powerful may be just."

7. "That's the superhuman power...the ability to influence and shape the lives of people."

8. “We all have the power within us, to make something of ourselves, the thing is very few believe it.”

9. "Never was anything great achieved without danger."

10. “As you enter positions of trust and power, dream a little before you think.”

11. “I don’t know what frightens me more, the power that crushes us, or our endless ability to endure it.”

12. “The lion cannot protect himself from traps, and the fox cannot defend himself from wolves. One must therefore be a fox to recognize traps, and a lion to frighten wolves.”

13. “And though I could With barefaced power sweep him from my sight And bid my will avouch it, yet I must not, For certain friends that are both his and mine, Whose loves I may not drop, but wail his fall.”

14. “Recognizing power in another does not diminish your own.”

15. "Truth is powerful and it prevails."

16. “Never underestimate the power of dreams and the influence of the human spirit. We are all the same in this notion: The potential for greatness lives within each of us.”

20. "Mastering others is strength. Mastering yourself is true power."

Quotes On Knowledge Is Power

Read through these power quotes to know about the power that knowledge holds.

21. "Knowledge is the most democratic source of power."

22. "Knowledge does away with darkness, suspense, and doubt; for these cannot exist where knowledge is...In knowledge there is power."

― Eliezer Yudkowsky, 'Harry Potter and the Methods of Rationality'.

25. "A mind that is stretched by a new experience can never go back to its old dimensions."

27. “Don’t underestimate the power of a mind that is made up.”

29. "It is my inner conviction that the development of science seeks in the main to satisfy the longing for pure knowledge."

Lincoln Quotes On Power That Are Highly Inspirational

Abraham Lincoln is the best example of great leadership. These power quotes will tell of the ideas that Lincoln harbored while using the power that was entrusted to him.

30. “You cannot escape the responsibility of tomorrow by evading it today.”

31. "The nation has passed its perils, and is free, prosperous, and powerful."

32. "Nearly all men can stand adversity, but if you want to test a man's character, give him power."

33. "Those who have suffered by intemperance personally, and have reformed, are the most powerful and efficient instruments to push the reformation to ultimate success."

34. “Any people anywhere, being inclined and having the power, have the right to rise up, and shake off the existing government, and form a new one that suits them better. This is a most valuable – a most sacred right – a right, which we hope and believe, is to liberate the world.”

Quotes On The Power Of Words

It's rightly said that words are the deadliest of weapons and these power quotes prove why they are so.

35. "If we understood the power of our thoughts, we would guard them more closely...In our thoughts and words we create our own weaknesses and our own strengths."

37. "Power is the most persuasive rhetoric."

38. “Your words are very powerful and what you say matters; keep them positive and powerful.”

39. “I know nothing in the world that has as much power as a word. Sometimes I write one, and I look at it, until it begins to shine.”

40. "Words have energy and power with the ability to help, to heal, to hinder, to hurt, to harm, to humiliate, and to humble."

41. "When the whole world is silent, even one voice becomes powerful."

43. "Power is a word the meaning of which we do not understand."

44. "Raise your words, not your voice. It is rain that grows flowers, not thunder."

Here at Kidadl, we have carefully created lots of interesting family-friendly quotes for everyone to enjoy! If you liked our suggestions for power quotes then why not take a look at quotes on individuality or quotes on stupidity.