100+ Radiant Romani Names For Your Baby 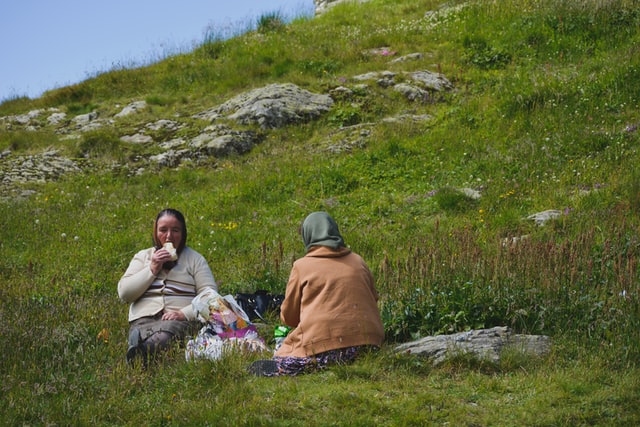 Romani people (also known as Roma) are known as travelers of the world.

With a diverse culture, Romani people have many fascinating qualities that make them stand out in a crowd. And doesn't every parent want their child to stand out and make a difference in the world?

Romani people are said to have migrated from the Northern side of India and settled in several parts of Europe. They are a minority in many countries, but despite this, they have a rich heritage of folk music and a diverse, fascinating culture. They speak the Romani language which has several dialects. Roma names are divided into three forms: the family name (after their father or mother), the Romani nickname and personal and first name (Gadžo name). These names can be derived from Slavic, Czech, Anglo-Saxon or Indian roots. If you are looking for radiant, diverse baby names, have a look at our list of Romani names.

For more naming ideas from around the world take a look at these Cuban names or for something more traditional, why not check out ancient Latin boy names.

Romani girl's names are unique, and distinct, just like their culture. Browse our list below comprising some of the most popular female Romani names.

1. Alexandra (Greek origin) meaning "shelter provider". This name is associated with the Princess of Greece, Alexandra. It is considered to be among the common Romani girl names.

4. Anastasia (English origin) meaning "resurrection". This is also the name of a famous animated movie, 'Anastasia'.

5. Dol (English origin) meaning "gift of God". It makes up for a cute baby name resembling a doll.

6. Elena (Greek origin) meaning "bright one". This name got popular due to one of the main characters from the popular series 'The Vampire Diaries', Elena Gilbert.

9. Georgeta, meaning  "grower". This name is considered to be the Romanian feminine form of George.

10. Izabela (English origin) meaning  "devoted to God". This name is associated with popular Croatian singer, Izabela Martinovic. It is a Romani form of Isabella.

11. Joanna (Hebrew origin) meaning "God is gracious". This name has become popular as the queen of Naples uses it, Joanna I.

14. Maria (Latin origin) meaning "wish". This name got popular due to the tennis player, Maria Sharapova.

22. Sofia (Greek origin) meaning "wise". Sofia is the name of the iconic mosque in Istanbul. Sofia Coppola is also the name of a famous filmmaker, who is the daughter of Francis Ford Coppola.

23. Starlene (English origin) meaning "star". This pretty name is perfect for those who are fascinated by stars.

28. Zabrina (English origin) meaning "princess". It makes up for a unique name for a baby girl.

In any society, people are often identified by their names. Therefore, Romani boys have distinct names that differentiate them from others. We have crafted a list of some of the most unique Romani boy names.

31. Adam (English origin) meaning "son of the red earth". Adam is considered to be the first man God had ever created.

37. Cristian (English origin) meaning "disciple of Christ". It is a Romani form of the name Christian.

38. Cristofor(Greek origin) meaning "follower of Christ". Famous as the Romani form of Christopher.

40. Denis (French origin) meaning "Greek God of wine". This name is the Romani form of Dionysus. Saint Denis, patron saint of France, is known to have this name.

45. Gheorghe (Greek origin) meaning "farmer". This name got famous due to the football player, Gheorghe Hagi.

56. Patrick (English origin) meaning "nobleman". This name is made popular by Saint Patrick.

58. Rafael (French origin) meaning "God has healed". Rafael Nadal, one of the famous world-class tennis players, is known by this name.

Romani people have many beautiful gender-neutral names. Below is a list of unisex names which we think may inspire you.

61. Andrei (Greek origin) meaning "bold". This name is the Romani form of Andrew. Its feminine form Andrea is considered to be a popular Romani girl name.

72. Stefan (English origin) meaning "crown". This name got popular due to the series 'The Vampire Diaries' where one of the lead character Stefan Salvatore has this name.

74. Vanda (German origin) meaning "warrior". This name is associated with Australian actress and dancer Vali Myers. Vanda is also known as a type of orchid flower.

77. Wodeleah (English origin) meaning "one from the wooded meadow".

The tradition of naming babies after a saint or flowers is common in Romania. Such examples of traditional Romani first names for baby are listed below:

79. Albert (English origin) meaning "noble; bright". This name was made popular due to the scientist, Albert Einstein.

81. Angelika (Greek origin) meaning "like an angel". Makes for a beautiful angel-like name.

85. Avram, meaning "father of multitudes". This name is the Romani form of Abraham. Avram Hershko is a Nobel Laureate.

89. Crina, meaning "lily flower". In Roman culture, having girl names after a flower is fashionable. Crina is a perfect example of a Romani name.

92. Decebal (English origin) meaning "strong and powerful". The ancient ruler of Dacia has this name.

96. Ilinca, meaning "Lord is my God". This name is the feminine form of Romanian Ilie.

98. Lacramioara, meaning "lily of the valley". It is generally used as a Romani girl's name.

100. Martin (Latin origin) meaning "warlike". The great Martin Luther King Jr. is associated with this name and made it popular. Considered one of the commonly used Romani boy names.

105. Sorina, meaning "sun". A cute Romani name for a baby girl. It is a feminine form of Romani boy name, Sorin.

109. Victor (English origin) meaning "conqueror". This name became popular due to Victor Krum, a character from the 'Harry Potter' series.

Kidadl has plenty more baby names articles to keep you entertained. If you liked our suggestions for radiant Romani names then why not take a look at marvellous Mexican girl names, or for something different take a look at these names meaning ghost, spirit and soul.