The schools have reopened and as we're settling into our new normal, you may well now be starting to think about what your children will be learning in the term ahead and how you can help.

If your children have begun Year 3 or Year 4 they're likely to be learning all about World War 2 so, whether you need a refresher on the key dates ((the conflict lasted from 1939-1945) or want to take a closer look at the life-saving bomb shelters, Kidadl are here to help. Today we're diving into the fascinating world of WW2 rationing.

What was it, why was it introduced and exactly what food was rationed? It's sure to make you hungry.

Rationing is the controlled distribution of particular goods or resources, allowing each person a fixed amount in a fixed amount of time. For example, one egg per week per person.

In WW2, rationing was designed to achieve equality across the nation, to protect the poorer communities from price hikes and ensure they could afford to eat, and to prevent hoarding.

Why Was Rationing Introduced?

Much like today, Britain was a large importer of food from abroad. Before the Second World War, Britain imported around 55 million tons of food per year from other countries. But after the war began in September 1939, it was no longer possible to transport such big amounts.

In order to weaken Britain, German submarines carried out targeted attacks on British merchant ships in an attempt to cut off supplies of food and other goods. As the German submarines continued to attack ships, the British government had to vastly cut down on the amount of goods it imported from abroad, and so became very worried about shortages. Therefore a rationing system was introduced in January 1940.

Rationing was also introduced all across Europe, and even America, because of the impact World War Two had on the worlds' resources.

How Did Rationing Work?

The Government held a 'National Registration Day' on 29 September 1939, where every household had to submit a form containing information about everybody who lived in the house and, based on that, people were issued with a ration book and an identity card.

The ration book contained coupons for all the different kinds of food and other goods that people would need to buy. They had to register the books with their local shops, like the butcher, greengrocer and baker. The shops would stamp their details into the book, and you could only buy your rations in those shops.

When people went to the shop to buy supplies, the shopkeeper would either cross off, sign or cut out the coupon in their book that corresponded to what they had bought. This was supposed to ensure that everybody could only buy the correct amount.

Although generally, everybody had the same rations, some were tweaked to make sure people got the right food that they needed to stay healthy. Most adults had a normal ration requirement, so had a beige coloured book, but pregnant and breastfeeding women, along with children under five, had green ration books - this meant they got the first choice of fruit (which was often scarce), a pint of milk per day and a double supply of eggs. Children between five and 16 had a blue ration book, which entitled them to fruit, a full meat ration and half a pint of milk per day.

What Items Were Rationed?

Many different common food items were rationed during World War 2, including meat, bacon and ham; cheese, butter, milk and eggs; tea and biscuits; and jam, sugar and dried fruit. Other non-food items like petrol, clothes and even furniture were also rationed.

A typical weekly WW2 food ration for an adult was:

What Were The Problems With Rationing?

The food supplies rations were small, and even though certain items like fruit and vegetables weren't rationed, they were often still in short supply.

And as food shortages increased, long queues outside of shops became common. You could potentially wait for hours in a queue, only to find the item you needed had sold out.

Many people also thought rationing was unfair; for example, people who lived in rural areas had the same allowance of vegetables, eggs, butter and meat than those that lived in cities, despite these items being readily available in these areas without coupons.

Because of all of these factors, a black market emerged. It was illegal, with The Ministry of Food investigating complaints and imposing hefty fines and even prison sentences for those caught, but it was still a thriving industry for food supplies, and other goods too, despite the high prices.

When Did Rationing End?

Even though World War two ended in 1945, its impact continued to challenge people around the world. Rationing in Britain lasted for 14 years and didn't end until July 4, 1954.

If you want to bring everything you've learnt about rationing in WW2 to life, why not try out these fun and engaging activities with the kids?

Make A Ration Book: Ask children to recreate a typical ration book. Encourage them to observe what's different to the foods they enjoy today. They could even take it with them the next time you visit the supermarket - how much could they buy if they were living during WW2?

Make A Food Rationing Recipe: Measure out WW2 rations of butter, eggs, sugar, flour. Could you make a modern cake or cookies with that amount? How could children get creative to make up the difference? 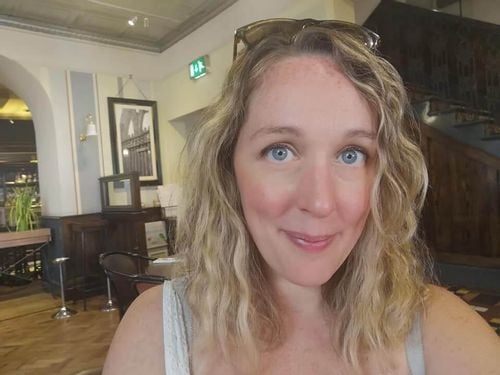