37 Respect Women Quotes To Support And Celebrate Them 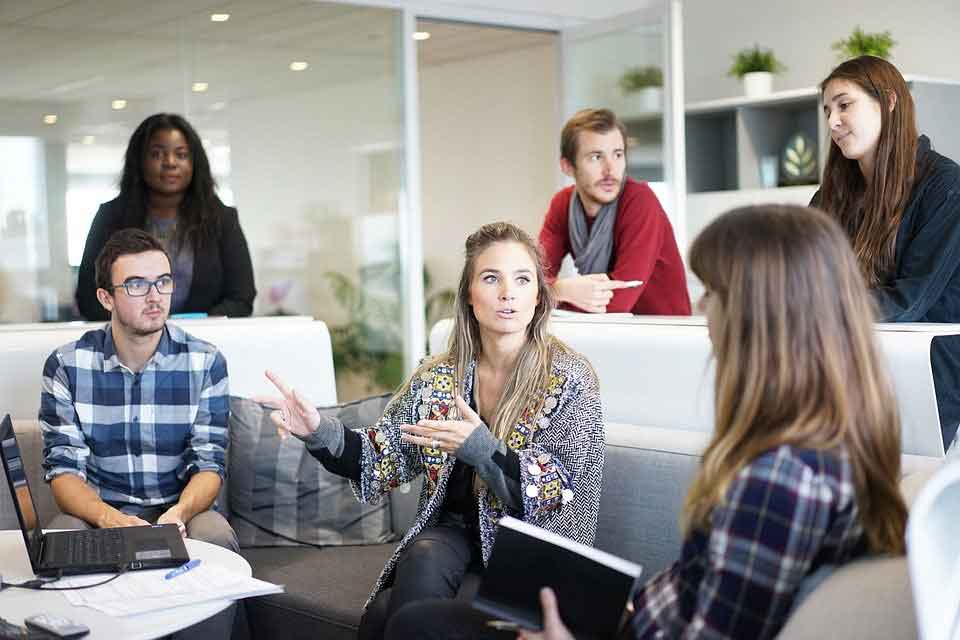 Women are powerhouses and the crux of humanity.

Starting from any chore at home to the various tasks of today's world, a woman is highly-efficient and intuitive. A woman can do most tasks with great poise and grace.

There were times when women were thought of as weak. Both then and now, a woman has always been quietly strong, waiting for the world to acknowledge her relentless efforts to being treated fairly and with the same respect as any other man. To respect a woman isn't too much to ask. Every woman deserves respect, comfort, and care. A mother, a sister, a wife, or any girl – all of them deserve unconditional love and want to be treated with humanity. Every woman should be treated right, respected, and loved. She has, after all, been born into this world just like a man. She has an intelligent mind, great homemaking skills, and whatnot! You should treat your woman with sweet messages feed, give her flowers, give her chocolates, make her feel like she is the best woman in the world. Never think about disrespecting a woman who wants to be treated as an equal. Respect a woman and see how she helps you be everything you've wanted to be. Treat a woman right, respect a woman well because that's what real men will do.

Below, we have collected men should respect women quotes and more quotes to respect the strength of every beautiful woman who should be treated right by every man.

If you liked reading these quotes, you could also check happy women's day quotes or women supporting women quotes.

Let us know if you have a favorite quote about men and women, respect others quote, and real men treat women with respect quotes.

1. "When a woman is talking to you, listen to what she says with her eyes."

3. "A woman brought you into this world, so you have no right to disrespect one."

4. "You don't have the right to be called a man, if you not have respect for a woman."

5. "Men who love their mothers treat women wonderfully. And they have enormous respect for women."

6. "You should respect each other and refrain from disputes you should not, like water and oil, repel each other, but should, like milk and water, mingle together."

7. "Having two daughters changed my perspective on a lot of things, and I definitely have a newfound respect for women. And I think I finally became a good and real man when I had a daughter."

Quotes On How To Treat A Woman

8. "Men and women have roles – their roles are different but their rights are equal."

9. "We respect women and don't insult them by saying all they care about is reproductive rights. All issues are women's issues."

11. "My sisters and mom raised me to respect women and open doors for them."

12. "A man never so beautifully shows his own strength as when he respects a woman’s softness."

13. "This is not just about women. We men need to recognize the part we play, too. Real men treat women with the dignity and respect they deserve."

14. "No man succeeds without a good woman behind him. Wife or mother, if it is both, he is twice blessed indeed."

15. "Men who cherish for women the highest respect are seldom popular with them."

16. "Treat people with respect and do it with feelings too, whatever you expect others is what you have to give."

17. "We have to raise our young boys to respect women and our young girls to demand respect and to get their values from something other than their physicality."

18. "I love and respect women. I work mostly with women."

20. "Respect is one of the greatest expressions of love."

21. "Your biceps, six-pack abs, and daring attitude are of no use if you cannot protect and respect women!"

Here, you will find quotes about how important a woman is.

22. "The beauty of a woman must be seen from in her eyes because that is the doorway to her heart, the place where love resides."

23. "I have two sisters and a mother, obviously, so I grew up with a household of girls. Maybe I have greater respect for women because of it."

24. "In some respects, a woman is superior to a man. She is more tender-hearted, more receptive, her intuition is more intense."

26. "Women are one half of society which gives birth to the other half so it is as if they are the entire society."

27. "Stop playing with women you are not qualified for."

28. "God enjoins you to treat women well, for they are your mothers, daughters, aunts."

29. "I still believe in the old-fashioned ways of showing a woman respect and honor!"

30. "A woman is like a teabag – you can’t tell how strong she is until you put her in hot water."

This section includes respect others quotes, I respect women quotes, love and respect quotes, and more.

31. "The measure of any society is how it treats its women and girls."

34. "Have respect for yourself and no one can take away your self-respect."

36. "Let’s respect the dignity of women to make their own decisions about the size and timing of their families."

37. "Everyone should be respected as an individual, but no one idolized."

Here at Kidadl, we have carefully created lots of interesting family-friendly quotes for everyone to enjoy! If you liked our suggestions for Respect Women quotes, then why not take a look at women's history month quotes or women's rights quotes.