100 Royal Last Names From Around The World 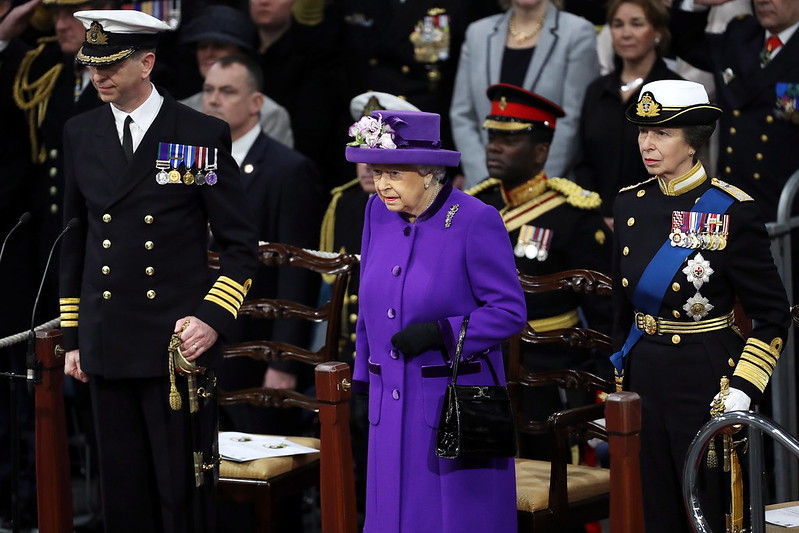 Giving your character a royal name can inspire a magnificent fantasy world and help you pay homage to some unique noble names.

Your character's surname doesn't have to match yours. You can use your imagination and choose anything you desire, including those of royal lineage.

Why not use the Mountbatten-Windsor name like the latest royal family, or opt for a more ancient choice? Inspire a sense of regality and power with a royal last name from around the world.

Plenty of popular royal family names have been in the headlines over the years, such as Mountbatten-Windsor used by arguable the most famous royal house of all. Use this, other British royal family names or royal names from around the world for your inspiration.

3.Ferdinand - After Willem-Alexander Claus George Ferdinand, King of the Netherlands

4.Markle - Meghan Markle is now the Duchess of Sussex, but she was first a popular actress.

5.Maxwell - Peter Trevor Maxwell is the baron of England.

6.Middleton  - Kate Middleton is now the Duchess of Cambridge.

7.Mountbatten - The last name used for a British dynasty, starting with Louis Mountbatten, the Earl of Burma.

8.Mountbatten-Windsor - The family name used by some of Queen Elizabeth and Prince Phillip's royal family - This is the last name of Prince Harry and Meghan Markle's son, Archie.

9.Philopator - This was the surname of Cleopatra, Queen of Egypt.

10.Spencer - This was Princess Diana's last name before she married into the British royal family.

11.Wales - Prince Harry and Prince William used Wales as their surname for school purposes when growing up.

12.Windsor - Prince William, Queen Elizabeth, and more use just this portion of the name.

Last Names From Royal Family Trees From Around The World

Some more unique names are available that aren't heard of as often as Mountbatten-Windsor, yet are still great royal family name possibilities.

15.Al-Hussein - After King Abdullah of Jordan

19.Al Thani - The Al Thani House has featured many rulers, the latest being Emir Sheikh Tamim bin Hamad Al Thani of Qatar who is known for his role in the country's oil sales.

20.Arbuthnot - Myrtle Olive Felix Arbuthnot was a Baroness of Wharton.

21.Bernadotte - This royal house surname included Kings of Sweden and Norway. It ended in 1889.

23.Courtenay - Edward Courtenay was the first Earl of Devon, and more earls followed in his family line.

24.Coventry - George William Coventry was the thirteenth Earl of the area.

25.Glucksburg  - Prince Phillip of Greece and Denmark, who married Queen Elizabeth II, was a member of this house.

27.Grimaldi - Caroline Louise Marquerite Grimaldi, Princess of Hanover, is also the daughter of an actress-turned princess, Grace Kelly (or Grace of Monaco).

29.Gustav - Charles  XVI Gustav is the King of Sweden.

32.Lumley - After Richard Lumley, an Earl of Scarbough.

33.Mahlangu - Zena Mahlangu is the wife of Mswaitti III, King of Swaziland.

34.Maria  - Philipp Leopold Ludwig Maria was the King of the Belgians.

35.Monzepat - After the former Prince Consort of Denmark

36.Nahyan - The surname of the House of El Nahyan, which rules over the United Arab Emirates.

37.Pema - Jetsun Pema is the Queen of Bhutan.

39.Sinclair - Henry Sinclair is the Earl of Orkney.

40.Tupou - This house surname was created from three others and started in 1845 with King George Tupou I.

41.Wangchuck - Jigme Khesar Namgyel Wangchuck is known as the Dragon King of Bhutan.

A surname once learned in history class may be among those royal family last name options from ancient times that you can draw inspiration from.

42.Abdulaziz - A sultan of Ottoman

47.Augustus - Prince Edward Augustus was the Duke of Kent.

48.Balliol - A royal house name with claims to Scotland's throne

49.Berengaria of Navarre - She was queen consort of England.

50.Bruce - Clan Bruce was a house from Scotland that produced two kings.

51.Byron - The Byron surname represented a house of barons.

53.Canute - Canute the Great was a King of England

54.Capell - William Anne Cappell was the 4th Earl of Essex.

56.Charlemagne - King of the Franks

57.Clifford - The surname of a British noble family.

58.Conrad - Conrad III of Germany was son of a Duke

61.Dunkeld - This royal last name was meant for Scottish kings.

64.Germanicus - Gaius Caesar Augustus Germanicus later came to be known as Caligula. He ruled as a Roman emperor between AD 37 and AD 41.

65.Godwinson - Harold Godwinson was the successor to William the Conqueror.

67.Ivrea - Peter of Castile was the last ruler of this house.

68.Izyaslavich - Yaropolk was King of Rus.

69.Ludwig - Archduke Franz Ferdinand, who played a major rule in the outbreak World War I, was the son of Archduke Karl Ludwig of Austria.

70.Jimmu - Emperor Jimmu was the first emperor of Japan.

71.Khan - Genghis Khan was Emperor of the Mongol Empire.

72.Kiev - Igor of Kiev and Olga of Kiev were rulers of Slavic regions.

73.Makedon  - from the Kingdom of Macedonia, the surname of Alexander the Great.

74.Matilda - Empress Matilda was born to a king of England and Matilda of Scotland.

75.Navarre - Joan of Navarre was eventually a queen consort of France

77.Nefertiti - Neferneferuaten Nefertiti was married to Ahkenaten, a pharaoh of the 18th dynasty.

79.Pasha al-Mas'ud ibn Agha - The surname of Muhammad Ali of Egypt who ruled parts of Egypt, Sudan, and Arabia at different points in time.

82.Sviatoslavych - Was known as Vladmir the Great, ruler of an East Slavic region.

83.Stewart - Robert Stewart took over Scotland after the Bruce clan failed to produce a male heir

85.Tudor - This royal family last name was founded by Henry VII and dissolved by 1603.

86.Pavlovich - Alexander of Russia was Emperor of the country.

88.Wettin - Alexandrina Victoria was the Queen of the United Kingdom and Ireland. She was the last in the line of Hanover. Her office surname was Wettin, though she never used it.

89.York - One of the royal last names for English kings

Lots of descendants came from the ancient royals. A few names are listed here:

92.Campbell - John Campbell was a Duke of Argyll. He's a descendant of Princess Victoria.

93.Deerhurst - Lord Ted Deerhurst was the son of an Earl of Coventry.

94.Gisele of France - Daughter of Hugh Capet. She married a Count and had four children with him, furthering Capet's lineage.

95.Kemeys-Tynte - Dorothy Elizabeth was a Baroness Wharton, after her father, the 8th Baron.

96.Langley - Edmund of Langley was from the House of York

97.Lascelles - Gerald David Lascelles was known as The Honorable. He was Mary of Teck's grandson.

98.Pious - Louis the Pious ruled the Franks with his father, Charlemagne, for some time.

99.Russell - Edward Russell, the 23rd Baron de Clifford, was the child of Sophia Coussmaker, Baroness de Clifford before him.

100.Suizei - The successor of Emperor Jimmu.