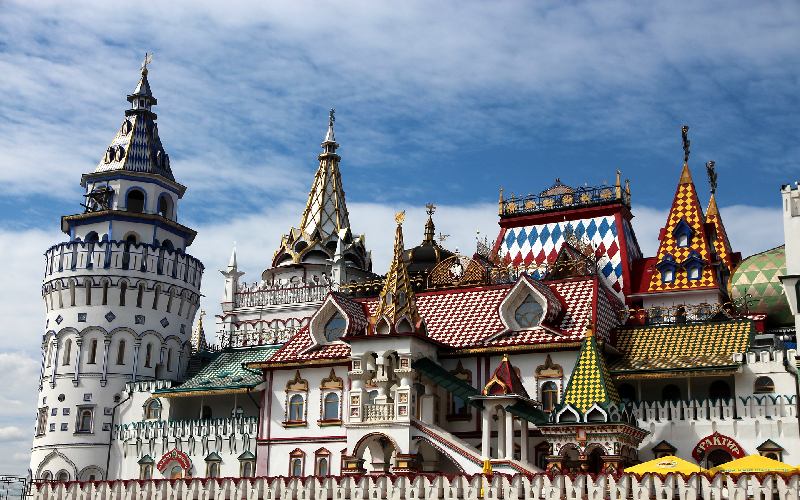 Russia is the world’s largest country by area.

Worldbuilding requires in-depth knowledge of cities and towns, their names as well as history. If you want to improve your worldbuilding, Russian names of cities can be of great help.

Russia is one of the few transcontinental countries in the world occupying land in Eastern Europe and Northern Asia. It is also one of the most historically rich and fascinating countries in the world. The names of some major Russian cities and towns known to people across the world are Moscow, St. Petersburg, Novosibirsk, Yekaterinburg, and Nizhny Novgorod. Of the lot, Moscow and St. Petersburg are the two biggest cities in the country. However, besides well-known places like Moscow and St. Petersburg, it is important to know other areas as well.

Did you know that there is also a town called Russia in the USA?

To help you improve your knowledge and inspire your world building, we have compiled a list of the 100 most populous city names in Russia, to expand your knowledge beyond St. Petersburg and the capital Moscow.

Here are the names of Central cities in the country. These cities and towns (including Moscow, the capital city) occupy the Central Federal District of Russia, and are located on the extreme west of present-day Russia.

1. Balashikha – A town located by the Pekhorka River and on the east side of Moscow Ring Road

2. Belgorod – Located on the north of the border of Ukraine

3. Bryansk – Located very close to the border of Belarus

4. Ivanovo – A major center for textile production in Russia

5. Kaluga – Known for its most famous resident Konstantin Tsiolkovsky, a rocket science pioneer

6. Khimki – Originally a railway station back in the year 1850

7. Korolyov – The epicenter of the Soviet and Russian space exploration efforts

8. Kostroma – The city has the same name as the East Slavic goddess fertility goddess Kostroma

9. Kursk – The site of the largest tank battle in history

10. Lyubertsky – Often known as the working-class suburb of Moscow

11. Lipetsk – Situated by on the banks of the Voronezh River in the Don Basin

12. Moscow – Moscow is the capital of Russia, Moscow is also the largest city in the country

13. Mytischi – Known for the first settlement of hunters and fishermen by the Yauza River

14. Oryol – A recipient of the prestigious ‘City of Military Glory’ honor

15. Polosk – Site of the Central Archives of the Russian Ministry of Defence

16. Ryazan – Located on the Oka River

18. Stary Oskol – The city was affected by the Russian Civil War of 1919 and World War II, when Hungarian troops captured it

19. Tambov – The name of the city originates from the Moksha language, meaning ‘abyss’ or ‘deep pool’

21. Tver – The former capital of a powerful medieval state

22. Vladimir - One of the medieval capitals of Russia with several 12th Century sites still intact

23. Voronezh – Located on the Southeastern Railway that connects European Russia with the Urals and Siberia

24. Yarsoslavl – The city at the junction of the Volga and Kotorosl Rivers

Here are some names of cities in the Northwest areas in the country, including the famous St Petersburg.

25. Arkhangelsk – Known all over Russia for its ancient folklore

26. Cherepovets – The name of the city was supposedly derived from the word ‘skull’

27. Kaliningrad – Home to the headquarters of the Baltic Fleet of the Russian Navy

28. Murmansk – Named after the Murman Coast, an ancient Russian term for Norway

30. Pskov – One of the oldest cities in Russia, and a former trading post of the Hanseatic League

31. St. Petersburg – One of Russia's largest cities, it is also an important Russian port on the Baltic Sea

32. Syktyvkar – One of the most famous Russian progressive rock bands ‘The Gourishankar’ was founded in this city

33. Veliky Novgorod – Recognized as a World Heritage Site in 1992

34. Vologda – Classified as a historic city by the Ministry of Culture of the Russian Federation

Siberia is one of the most significant Federal Districts of Russia. It covers about 30% of the total land area in the country and includes cities such as Novosibirsk in the Novosibirsk Oblast.

35. Abakan- Located at the meeting point of the Yenisei and Abakan Rivers

36. Angarsk – Known to have the largest industrial zone in Asia

37. Barnaul – Founded by the wealthy Demidov family for the production of copper and silver

38. Biysk – Often called "the gates to the Altai Mountains"

39. Bratsk – The name is derived from the word ‘Buryats’, a Mongolian indigenous group in Siberia

40. Irkutsk – The city earned the nickname of ‘The Paris of Siberia’

42. Krasnoyarsk – One of Russia’s largest producers of aluminum

43. Novokuznetsk – The city became a major coal mining and industrial center in the 1930s

45. Omsk – One of the largest cities, located east of the Ural Mountains

46. Prokopyevsk – One of the main centers for the extraction of coking coal

47. Tomsk – One of the most prominent educational hubs in Russia

The Ural Federal District is located at the border of the European and Asian regions of Russia, and is known for its significant contribution to Russia’s Gross Regional Product. Notable cities here include Chelyabinsk.

51. Magnitogorsk – Named after Mount Magnitnaya, an anomaly primarily made of iron ore

52. Nizhnevartovsk – The city has a thriving petroleum industry

53. Nizhny Tagil – One of the early centers of the Russian industrialization

54. Surgut – Home to the Surgut Bridge, the longest one-tower cable-stayed bridge in the world

55. Tyumen – Known as the first Russian settlement in Siberia

56. Yekaterinburg – Named after the wife of the Russian emperor Peter the Great

57. Zlatoust – Located on the Ay River, by the Kama Basin

The Volga Federal District forms the southeastern part of European Russia, and ranks very high in the Human Development Index (HDI). This area includes the Novgorod Oblast and the city Nizhny Novgorod.

58. Balakovo – Located in the East bank of the Volga River

63. Kazan – Chosen as the ‘Sports Capital of Russia’

64. Kirov – The place of origin of the Dymkovo toys

65. Naberezhnye Chelny – One of the largest planned vehicle production centers in the world

66. Nizhnekamsk – An important center of the petrochemical industry

68. Orenburg – Located very close to the border of Kazakhstan

69. Orsk – Lies in the border of the two continents of Europe and Asia

71. Perm – One of the largest cities in Russia

72. Samara – The riverfront is renowned far and wide for its visual appeal

74. Saratov – Known for its many cultural institutions

75. Sterlitamak – The name literally translates to “mouth of the Sterlya River" in the Bashkir language

78. Ulyanovsk – A designated UNESCO City of Literature since 2015

79. Yoshkar-Ola – Is a twin city of Bourges, France

The Southern Federal District of Russia has a territory that shares its borders with Ukraine, the Azov Sea, the Black Sea, Kazhakstan, and the Caspian Sea.

80. Armavir – The city was occupied by the German Army during World War II

81. Astrakhan – Located 92 ft. below sea level, making it the lowest city in Russia

82. Krasnodar – Formerly named the best place for business in Russia by Forbes

83. Novorossiysk – Functions as the leading Russian port for exporting grain

84. Rostov-on-Don – Played host to a few tournaments during the 2018 FIFA World Cup

85. Shakhty – One of the main importers and exporters of tile in the country and East Europe

86. Sochi – Situated on the Sochi River, it is the largest cities in Russia

87. Volgograd – Formerly known as Stalingrad, the city witnessed one of the most brutal battles during World War II

88. Volzhsky – Was known for the presence of several mulberry forests

The Far East Federal District of Russia lies in the easternmost part of Asia and is the least populated of all the eight federal districts.

89. Blagoveshchensk – A site of conflict during the Russian Civil War

92. Khabarovsk – The city has a history heavily influenced by ancient Chinese culture

93. Komosomolsk-on-Amur - Primary center for the manufacture of Sukhoi military aircraft and the Sukhoi Superjet airliner

94. Vladivostok – Known to be the richest city in Russia

95. Yakutsk – The second coldest city in the world

96. Yuzhno-Sakhalinsk – The city has significant investments from oil companies

Contrary to its name, the North Caucasus Federal District is located in the southernmost part of Russia.

97. Grozny – This town is located on the Sunzha River

98. Makhachkala – Formerly known as Petrovskoye, the city was named after Tsar Peter the Great

99. Stavropol – The city’s name is derived from Greek, meaning ‘City of the Cross’

100. Vladikavkaz – One of the largest cities, this is one of the prominent industrial and transportation towns of Russia

Kidadl has lots of great names articles to inspire you. If you liked our suggestions for names of Russian cities and towns then why not take a look at Russian boys' names, or for something different take a look at these Slavic names.