The 100 Samoan Last Names With Meanings And History 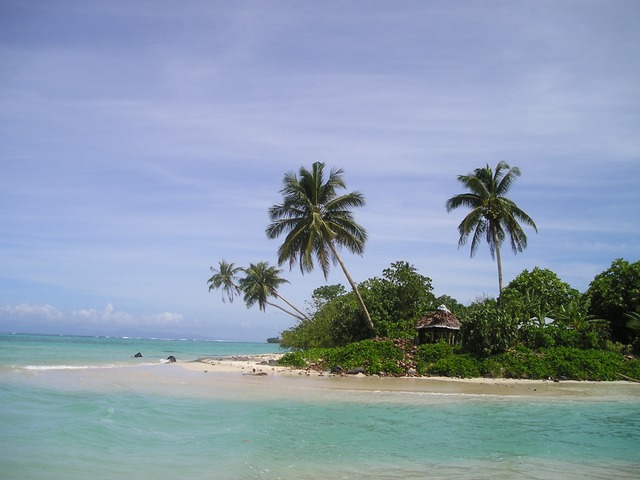 A child coming into the world, as well as being a blessing, means that there is a new bearer of a given name.

The last name gives a special identity to your family. All last names have a history behind them.

Samoa, officially known as the Independent State of Samoa, forms part of Polynesia in the central South Pacific and Oceania's broader region. If you are interested in a native last name, you should consider names from Samoa. Samoan culture is one of the most vibrant cultures worldwide, and people, commonly known as Islanders, are known for their friendly behavior and unique display of mannerisms. Likewise, Samoan names and Samoan last names are also unique and famous and have been adopted worldwide.

Samoa has been influenced by Europe, due to the early settlers who wanted to establish Christianity in the island. Samoans often name their children after their relatives, such as aunts, uncles, or grandparents. Eurasian patterns in Samoan last names are pervasive and in Polynesian last names as well. Here are some of the Pacific Islander's last names that you might find inspiring for naming a character.

Here are some of the popular Polynesian surnames from Samoa.

1. Ala This short and sweet name Samoan last name and means "excellence or high-ranking".

2. Arihi This female name in Samoan society means "noble and kind" and is given as a last name.

3. Betham This particular surname is derived from the place of Beetham, a parish in Westmorland.

4. Brwn This surname is derived from an ancestor's name - 'the son of Brun'.

5. Craig This surname denotes a physical place - a name given to villages in Scotland.

6. Elei This name has a unique meaning in Samoan culture. Traditionally it translates the block printing designs are called 'elei' in Samoa. This art is considered to be an asset in the Island nation.

7. Enoha This particular name is the name of a bird in Tahiti.

9. Fruean This one is another old Samoan last name.

10. Grey This is among the common Samoan last names derived from the color of hair.

12. Hunt This last name is derived from the occupation of hunting.

13. Keil This popular surname is taken from the eminent astronomer John Keill.

14. Kiana Another popular name which is derived from the English language. The name translates to one who is heavenly and is highly regarded in the Samoan culture.

15. La'ei This name doesn't have the same pronunciation as its spelling. Pronounced as 'lah'AY,' means "love of clothing".

16. Laki Much like the pronunciation, the surname means "lucky" in Samoan.

17. Lanuola This name is a colorful and vibrant surname in Samoan culture. Made up of two Samoan words - Lanu means "color" and means "life".

18. Lulu This name is a rather recent addition to the family of Samoan names for girls. Meaning "pearl", this name shines bright on any girl.

20. Mariner Just like the term, the surname means a "sailor or a ship man".

22. Meredith This is a prevalent surname after an ancestor's name.

23. Moana This Polynesian name for girls means "sea". A name very close to the islanders because it is from the Polynesian sea god.

24. Natia Like its mesmerizing pronunciation, this unique Samoan name means "hidden treasure or secret". It is typically pronounced as 'Nah TEE ah.'

25. Ott This is a surname derived from the name of an ancestor - "the son of Odo".

26. Pereira This surname is derived from the word 'pera', meaning "fruit of the pear tree". It also is the name of several villages near Portugal, Galicia, and Ciudad Real.

27. Rasmussen This surname is taken from the son of Rasmus, a variant of Erasmus.

28. Rongomaiwhenua This little complicated but richly complex Samoan name means "earth mother". As beautiful as it sounds, it can be a little difficult to pronounce but nevertheless a name rooted in Samoan culture.

29. Samaria This straight-forward and common last name in Samoa means "a good Samaritan". It has biblical connotations and also means "sacred".

30. Samo The best name to emerge out of Samoa, meaning the land itself. The word is derived from 'Sinasamoa,' which means the "white sands of Samoa". Any Polynesian is proud to be called by this name that represents the island in all its glory.

31. Sefina This very chic Samoan name has a rhythm to it. It also doubles up as a nickname among the Samoans.

33. Taito This one is an older Polynesian last name.

35. Teuila Teuila, like the beauty it emanates while uttering the name, means "a beautiful red flower".

36. Tuala This is one of the ancient Samoan surnames.

37. Vaai This is an old Samoan surname with the meaning "behold".

38. Westerlund This again is an old Polynesian surname.

39. Wiki This rather interesting surname means someone who is a winner. This is a very modern last name.

40. William This is derived from the forename William and is used as a family name too.

Here is a list of some of the less common and more unique Samoan last names.

41. Aitonui This is a popular Samoan name which means "warrior".

42. Ariihere This is again a very common Tahitian name which means the "king of love".

43. Ariitea This is again a name rooted in Tahitian tradition. This name means a "prince".

44. Akela This is another Tahitian name for Samoan men, which means "noble".

45. Honi This name holds some great value in Samoan culture. It means "gracious".

48. Manahau This is a very spirited last name that means "wise spirit or spirit of wisdom".

50. Rangi This again is a masculine name for men but is also a surname. This name means the "God of the sky". Legend has it that Rangi was also the husband of the Goddess of Earth.

51. Tamaroa This name is again huge in the Samoan culture, and it means "big boy".

52. Vaea This name is the strongest of all, as it means the mountain that overlooks Apia's capital city.

53. Farahinano This pretty name in Samoan culture means "the flower of Pandanus".

54. Hauata This is a lovely name, which means "cloud of peace".

55. Heiani This name also has a reference to the sky and is a beautiful name. This means "crown of the sky".

56. Hauora This name is of prime importance in the Samoan culture, and one would want to keep this feminine name. This name means "healthy".

What are some common pacific islander last names? Some of the most common Samoan names are Iosefa, Manaia, and Fetu. Here are a few more surnames.

59. Afoa  A last name with Samoan origin for which the meaning is unknown.

60. Agi A family name that is of Samoan origin and is a common name in Hungary.

61. Collins  A last name with the meaning "The son of Nicholas".

62. Chappelow A location-based last name with the meaning "hill' or "mound".

64. Esau A last name that was nicknamed for people with the skin tone of red.

68. Faafafa A community name that is also a family name in Samoa.

69. Faitele Failtele is one of the ancestral names with a very old history.

70. Gala A location-based family name in Samoa that refers to "a person from Gaul".

72. Gee It is a common last name that you can find in many families in Samoa.

73. Hale This last name is occupation-based and means "proprietor of a hall."

74. Hine It is derived from Hina that means "servant".

77. Kale It is a common family name meaning "fair".

78. Kalo It is a Samoan last name meaning "one who sustains".

79. Kari It is one of the popular Samoan names that originated from Scandinavia and refers to the "God of Wind".

80. Leota It is a family name with the meaning "of the people".

82. Maaka It is an occupation-based last name meaning "warrior" and is of Latin origin.

83. Mabel This is a lovable last name meaning "lovable".

84. Naea It is a family name that means "people with heart".

85. Naotala The name stands for "innovation" or "determination".

86. Olesa It is an old name meaning "defender of men".

87. Paul This surname is derived from the name of an ancestor of the family and means "the son of Paul".

88. Pago It refers to a port in Samoa and people from that region have this family name.

89. Reupena This is a modern last name that means "independent".

90. Sagole It refers to a tree found in Samoa.

91. Safotu It is a Samoan mythological name.

92. Tulafale This is the title given to "Samoan Chief" and is used as a last name.

94. Taamai An old last name whose origin and meaning are not known.

95. Ufuti This is also a name whose origin and meaning are unknown.

96. Vaega This is a last name that means "bright star".

98. Wright It is an occupational surname meaning a "worker of wood".

100. Zedi It is an ancestral last name meaning "grandfather".