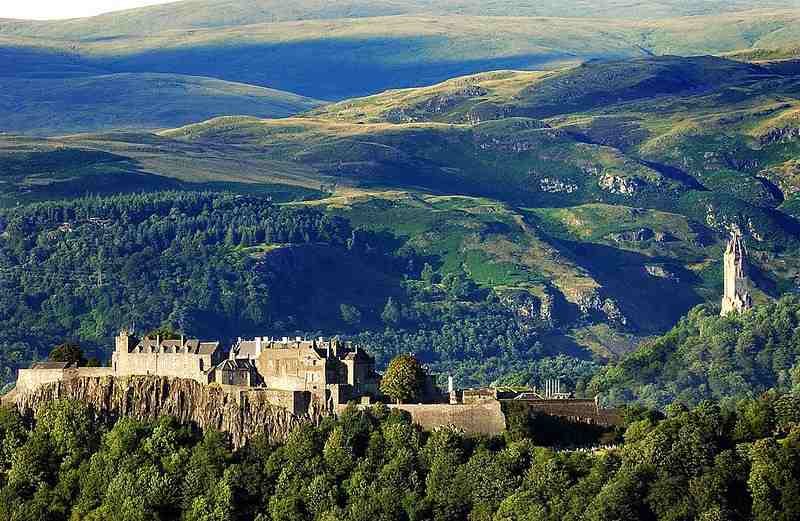 Scottish last names are unique and interesting since each name has a history behind its origin.

In Scotland, the culture of using last names wasn't prevalent until the Normans introduced them between the 10th and 12th centuries. However, the Scots started using their last names predominantly from the 18th or 19th century.

The Scottish last names that we know today have been passed down for generations. One interesting fact about Scottish Surnames is that they are segregated under habitation, topographical, patronymic, occupational, descriptive, and ethnic origins. In Scotland, the use of Patronymic surnames is most prevalent, where a person bears their father's or male ancestor's last name. But some of the Scottish last names also signify the clan name of influential Scottish families that once ruled over the territory.

If you were to plan a trip to explore the exotic beauty of Scotland, here are some of the famous Scottish surnames you will encounter frequently. These last names are very Scottish!

1. Anderson has a Greek origin from the word Andreas, meaning "masculine/manly".

2. Brown, one of the most well-known Scottish and English surnames used to signify people having a deep reddish complexion or brown hair.

4. MacDonald/McDonald is a common last name in Scotland meaning "ruler of the world".

5. Mitchell (Hebrew origin) is a vernacular variation of Mikhael, meaning "one who is God-like".

6. Morrison In Scottish, it means "son of Morris".

7. Murray refers to the toponymic names for people belonging from Moray in Scotland. It’s a Celtic surname, meaning "sea settlement".

8. Paterson is derived from Patricius, an old Latin name for Patrick, meaning "nobleman". In Scottish surname, it means "Patrick's son".

10. Ross originates from a Gaelic word Ros and is a toponymic surname for Ross's people hailing in Scotland.

12. Stewart is one of the most common last names and traces its origin from a Highland Scottish clan.

13. Taylor It is an occupational surname given to people involved with the tailoring profession.

In the history of Scotland, last names offer to refer to the person's origin or residence. Here is a list of the toponymic names:

17. Auchter is named after Auchter in Scotland. It also represents a toponymic surname derived from the Gaelic word uachdar, meaning "upland".

18. Barclay signifies an old English term for birch wood. Its toponymic derivation refers to people who originally hailed from the Berkley region.

19. Bell It is a toponymic for someone living in Bell's town.

20. Boyce This Scottish last name signifies someone living in the woods.

21. Burns is a unique Scottish surname, signifying the toponymic name for someone who resides by a stream.

22. Cairns It is one of the toponymic names signifying those who resided near a cairn.

24. Cunningham It is on the list of toponymic names, denoting people who resided in the old town of Cunningham, Scotland.

25. Dunsmore is amongst the toponymic names signifying people hailing from the long-lost Scottish place called Dunsmore or Dundemore.

26. Elgin indicates the toponymic surname derived from the habitable zone of Elgin, in the Moray region of Scotland.

27. Gordon People with this toponymic surname hail from the Gordin area located in Scotland.

29. Johnston is amongst the toponymic names, where John refers to the personal name, and toun means "town".

30. Kelly is derived from the Cornish word coille, meaning "grove". It is also in the list of toponymic names in Scotland.

31. Kerr This toponymic surname was given to people who continually lived near wetlands.

32. Sinclair is a toponymic surname referring to people hailing from the old Norman Frenchtown of Santa Clair.

33. Wood is a toponymic name for those who lived in the woods.

Many Scottish last names are patronymic names, taking the name of their father's line of ancestry.

34. Aitken is one of the famous Scottish names, having a patronymic origin meaning "man".

35. Christie is one amongst the patronymic names signifying the son of Christopher or Christ Bearing.

36. Davidson is one of the popular Scottish names signifying the son of David or beloved son.

37. Dickson falls in the category of patronymic names, meaning "son of Dick" or a "brave ruler".

38. Donaldson is amongst the patronymic Scottish last names, meaning "son of Donald".

39. Ferguson is one of the typical Scottish last names, meaning "son of Fergus".

40. Gibson indicates the patronymic name for the son of Gib.

41. Henderson is one of the popular Scottish surnames, meaning "son of Henry"

42. Jamieson is one of the Scottish surnames denoting the son of James.

43. Kendrick is one of the Celtic last names meaning "son of Henry".

44. Lawson is a Scottish name denoting son of Laurence.

45. Leishman has a Gaelic origin from Mac Gille Iosa meaning "son of the servant of Jesus".

46. Mackay, is one of the common Northern Irish and Scottish surnames.

47. McGregor is a Scottish Gaelic surname derived from the word Mac Griogair meaning "son of Griogar".

48. McIntosh originates from the Scottish Gaelic name Mac an Toisich, and it signifies "son of the chief".

49. McIntyre has its Gaelic roots from the word Mac an tSaoir, meaning "son of a craftsman".

50. McKenzie is among the common Scottish last names meaning "son of Coinneach".

51. McLean is an Anglicized last name derived from the Gaelic word Mac Giolla Eoin, meaning "son of the servant of Eoin".

53. McMillan is a patronymic name originating from the Gaelic word Mac Maolain, where maol means "bald".

54. Owen is a Gaelic origin name from Mac Eoghain meaning "son of Eoghain".

55. Simpson is a common Scottish surname signifying "son of Sim or Simon".

In a land of rich culture and heritage, there are also some rare and unique Scottish last names, the history of which are indeed enticing. Here are some good and different Scottish names.

56. Abercrombie is one of the common Scottish last names, meaning the "mouth of a bendy river".

57. Alexandar is derived from the Greek word Alexandros, meaning to "protect a man or defend a man".

58. Arthur This Scottish surname represents a strong Scottish clan or man as strong as a bear.

60. Cameron is a Scottish Gaelic surname. In history, people bearing the surname Cameron were mostly farmers and stenographers.

61. Docherty is a unique Scottish surname signifying the Irish variant of Doherty.

62. Forbes was a place in Scotland, and hence the residents received it as their surname.

63. Fowler is one of the occupational surnames meaning "bird-catcher".

64. Grant surname has the meaning "tall and strong built".

65. Hamilton: It is one of the toponymic names for people belonging from Hamilton in the UK.

66. Hill is a Scottish last name, meaning the "one who resides near a hill".

69. Jack is rare in Scotland's last names list, as it originates from John's medieval era variant.

70. Jones is an old variant for the name John and common among Scottish surnames.

71. Kenneth is a surname meaning "handsome".

72. Walker is an occupation Scottish surname given to people who worked as a fuller.

73. Watt is a diminutive of Walter and a common Scottish surname.

74. White It is given to people having fair complexion or white hair.

75. Wright is an occupational last name for the craftsman.

This is a list of some of the oldest surnames in Scotland. These names have belonged to Scots for years and are rooted in the country.

76. Allan/Allen, one of the most famous Gaelic surnames, derived from the word Ail, meaning 'rock.'

78. Blackwood is a unique Scottish and English surname referring to the Scottish people living in the Blackwood region in Scotland.

79. Braid denotes people hailing from Braid, a habitation situated in the South Edinburgh of Scotland.

81. Butchart belongs to the Anglo-Saxon origin. According to the old English words, burgh means "fortress" and heard means "brave".

82. Craig is derived from the Gaelic word creag, meaning "crag or rock".

83. Duncan is one of the ancient Scottish and Irish surnames.

84. Falconer/Faulkner: This is an occupational surname given to the one who trained falcons.

86. Findlay is one of the historic last names, often referred to light-skinned warriors.

87. Gilchrist is one of the traditional surnames in Scotland.

89. Gray is a common Scottish surname, earlier used as a nickname for someone having a grey beard or hair.

90. Marshal This surname denotes someone owning a stable.

91. Martin has Latin origin from the name Martinus, named after the Roman God of Mars.

92. Millar is an occupational surname for someone working as a mill keeper.

93. Miller refers to an individual who grinds at the mill.

94. Muir It refers to people who lived on the moor.

99. Russel (Anglo-Norman origin) is derived from Rousel, signifying a person with red hair or a ruddy complexion.

Kidadl has lots of great names articles to inspire you. If you liked our suggestions for Scottish Last Names then why not take a look at Old English Girls' Names, or for something different take a look at Boys Names Ending In Ley.

12 Plus Exam Made Easy: All You Need To Know About The 12+ And 13+
Undercover Kidadler
No items found.