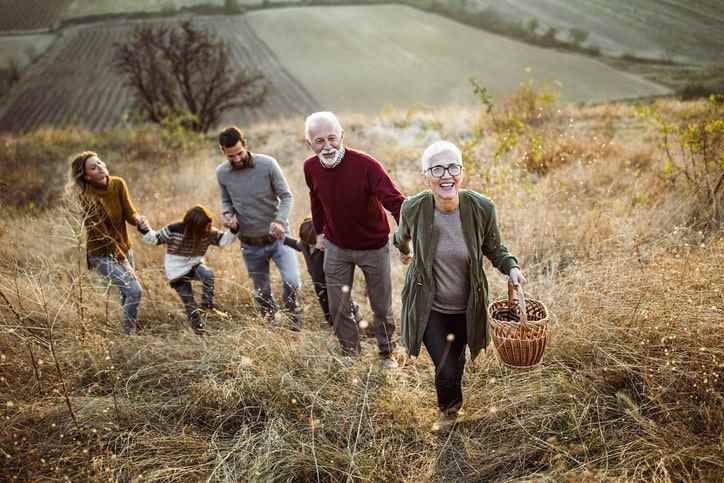 A profound cultural heritage, awe-inspiring history, magnificent delicatessens, and a vibrant nightlife- Serbia is the home to some iconic wonders in Southeastern Europe.

Amongst its well-known popularities, one that draws spectacular attention is the Serbian last names. You will be amazed to know that most Serbian surnames have a history or a tradition that it beholds.

Most of the Serbian last names today end with the suffix -ić, but in history, Serbian surnames have a phonetic ending with -ich or -itch. The suffix -ic is a Slavic diminutive which was originally used to denote patronymics. Hence the surname Petrovic means the son of Peter. In Serbian culture, surnames originate mostly from mother, father, personal trait, or occupation.

1. Cvetkovic has an origin from Cvetko, a Slavic masculine name.

2. Dedic is the last name having European Origin. It is also pronounced as Dedich or Deitsch.

3. Dimitrijevic, is one of the unique Serbian names meaning "possession of Dimitrij".

5. Horvat is amongst the frequently used surnames in Slovakia and Croatia.

6. Ilic, a patronym of the South Slavic name Ilija, is the seventh common surname in Serbia.

8. Jaksic is a South Slavic name for the notable family name of the Drobnjaci Clan.

9. Jokik is another most used last name Joko and a masculine diminutive of Jokan.

10. Jovanovic meaning "Jovan" or "John's" is one of the most Serbian last names derived from Jovan, comparable to John in English.

11. Kostic is a common Serbian last name found in Serbia's notable personalities, such as Bora Kostic, a Serbian footballer.

12. Kovacevic has an origin from Slavic last name, meaning "blacksmith's son". It is derived from Kovac.

14. Markovic, a patronym for Marko, a local European variant of Markus, or Mark, is the most common family name in Bosnia, Serbia, Croatia.

15. Milenkovic is a patronymic last name derived from Milanko.

16. Milosavljevic has an origin from Milosav, a Serbian Slavic name.

17. Milosevic, the tenth most frequently used surname in Serbia. This patronymic surname is given from Milos and worn by ethnic Serbs.

19. Mitrovic has an origin from Slavic male name Mitar.

21. Nikolic (meaning son of Nikola) is the third most common South Slavic surname used in Serbia.

22. Pavlovic, common amongst Slavic last names, originating from the Slavic patronyms of Pavel, Pavle, and Pavao.

23. Petrovic is the second name and Slavic last name most commonly found in the Slavic population. It is the second most frequent surname found in Serbia.

24. Popovik meaning "son of a priest" is a common last name in Serbia, Croatia, Russia, is often transliterated as Popovitch or Popovich.

25. Ristic is a common last name in Serbia. Jovan Ristic was a famous Serbian Statesman.

27. Simic originates from Simo, this is a Serbo-Croatian last name.

28. Stankovic, often transliterated as Stankovich, or Stankovych, it is derived from the South Slavic name Stanko.

29. Stepanov, common amongst Serbian surnames denoting the son of Stephan.

31. Stojanovic, a common surname in Croatia and Serbia, this South Slavic Surname is derived from Stojan.

33. Tomic, derived from Toma or Tomislav, has a Biblical Greek origin meaning twin.

34. Zivkovic, a patronym for Zivko it is a popular Croatian and Serbian last name. Andrija Zivkovic is a famous Serbian footballer.

We have a list of some of the unique and rare names that will enhance your character's personality. Some of the rare Serbian names include Jasen (Ash) and Svilenko (Silky) for boys, while for girls, Duga (Rainbow) and Sjajna (Awesome) are gaining prominence.

35. Antanasijevic has an origin from Antanas, a variant of Anthony.

36. Arsic is a patronym for Arso or Arsa Slavic masculine names.

37. Avramovic, a patronym devried from Avram. Dimitrije Avramovic was a Serbian painter.

38. Bakic is a Bosnian and Serbo-Croatian last name, and Canadian footballer Mike Bakic is a classic example.

39. Batrovic, a Serbo-Croatian last name, traditionally found in the Brceli region in Montenegro.

40. Bilic, a Serbo-Croatian, the last name derived from Bilo, meaning "pulse" in Serbian.

43. Bunjevcevic is a Croatian and Serbian last name derived from the Slavic male name Bunjevci.

45. Corluka is another unique Serbian and Croatian family name.

46. Cubric, derived from cubar meaning savory or a diminutive of the Slavic name Cubrilo.

48. Damjanac is a Serbian last name, and people with this name include Nikola Damjanac, a professional footballer.

49. Danilovic meaning the son of Danilo, is famous amongst Serbian last names.

50. Dejanovic is a notable 14th-century noble family name in Serbia originating from the name Dejan.

52. Dinkic is one amongst the unique surnames borne by notable people like Mladan Dinkic, former Serbian politician.

55. Fajfric is unique amongst Serbian last names, found mostly in the village located in Sid.

56. Gacesa is a notable personality with this name is Dragan Gacesa, a retired Serbian footballer.

57. Gegic is Croatian, Bosniak, and Serbian surnames originating from the Republic of Ragusa and Croatian Island Pag.

58. Golubic is derived from the word Golub meaning "pigeon".

59. Guduras is amongst the rare surnames borne by Sladana Guduras, a Bosnian artist.

61. Hadzic is derived from 'hadzi' (hajji), meaning "pilgrim to Mecca" (Muslims) and "to Jerusalem" (Christians).

64. Junuzovic is derived from an Arabic masculine name Yunus.

65. Jurisic is another of the Croatian surnames derived from Juraj (George).

67. Krulj is one of the rare surnames in Serbia borne by a few notable people like Igor Krulj, a notable Swedish footballer.

68. Mandich is amongst unique Croatian and Serbian last names found in personalities like Dan Mandic, a Canadian ice hockey player.

69. Puzigaca is one of the rare Serbian last names found in Bosnia, Drvar, and Herzegovina.

Serbs have a rich history which depicts even in their surnames. Let's have a look at some of the ancient Serbian last names.

70. Babic is the third most used surname in Croatia.

71. Durdevic, transliterated as Djurdjevic, is a Serbian last name originating from masculine names Durde or Durad.

72. Isakovic is a prominent patronymic Slavic surname derived from Isak, a variant of Isaac.

73. Lazic is a notable last name in Serbia borne by personalities like Darko Lazik, a Serbian Singer.

74. Mugosa is one of the traditional last names in Serbia, predominantly borne by the people in Montenegro.

75. Mulic is more of a last name found in Croats than ethnic Serbs.

78. Nemanjic is one of the most prominent dynasties in Serbia during the middle ages.

79. Obravodic is a patronymic Serbian last name originating from the male given name Obrad.

80. Pacariz is one amongst the old Serbian last names having a Turkish origin. It means "damage" or "difficulty".

81. Pajcin is of the Serbian family names meaning a "diminutive of Pavie" (Paul) or a patronymic name for Palo.

82. Paunovic has been a common last name in Serbian history derived from the name Paun.

83. Racanin refers to the Raca Monastery members and is a demonym for the people of Raca.

84. Radosavljevic is a patronymic derivation from Radosav or Radoslav.

85. Roksandic is derived from the Serbian name Roksanda, a variant of Roxana.

86. Sekulic originates from the notable historical family from Snej. It is also transliterated as Sekula or Sekulich.

87. Sop-Dokic refers to the Serbian last name from the 19th Century bearing a rich cultural history.

88. Sormaz is the last name found in the Bosnian and Serbian language, and notable people bearing it include Dragan Sormaz, a Serbian politician.

89. Spajic is one amongst the Serbo-Croatian last names are borne by the Serbs.

90. Tintor is amongst the Serbian last names borne by personalities like Milos Tintor, a Serbian football player.

91. Tisma, another last name in Serbian history made famous by Aleksandar Tisma, a Serbian novelist.

92. Urosevic is a Serbian last name derived from the Slavic male name Uros.

93. Uzelac is an old south Slavic last name originating from Krbava and Lika.

94. Vekik is another south Slavic Serbian surname associated with Serbs and Croats.

96. Vranic is a popular Croatian, Bosnian, and Serbian last name used by various personalities like Vladimir Vranic, a Croatian mathematician.

97. Zagorac is a Serbo-Croatian last name, which means the "man from behind the mountain".

98. Zeravica is one of the popular last names in Serbo-Croatian culture, meaning "ember" or "live coal".

99. Zezelj is a Serbian last name most commonly used by the people of the South Slavic region.

100. Zoric refers to dawn and is derived from the word Zora.

Kidadl has lots of great names articles to inspire you. If you liked our suggestions for Serbian Last Names then why not take a look at Guatemalan Names, or for something different take a look at Surnames As First Names.