30 Snail Puns That Will Shell-Ly Get A Laugh 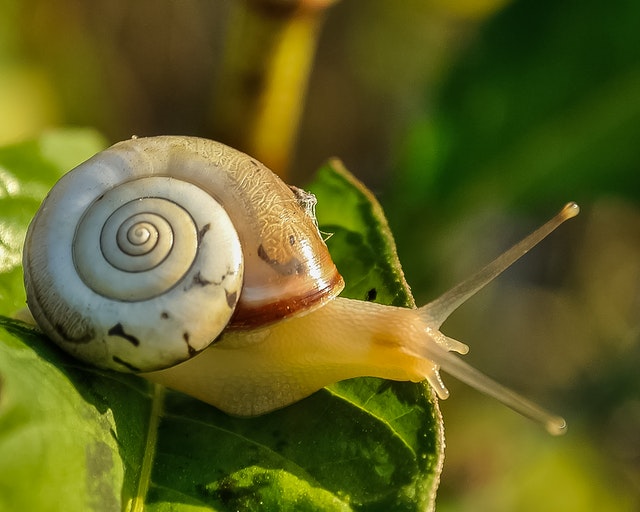 Slime your way through these funny puns we've compiled for you.

Snails are one of the many shelled creatures that reside on the planet. These little beings are slow and carry their homes on their backs, just like turtles.

There are thousands of different types of snails worldwide, and many more are being discovered every day. In some parts of the world, people even eat snails. They're also called escargot in some parts of the world and served as a delicacy. Now, have some fun with these puns on snails and shell puns. They will slowly but surely make your day.

If you want to read some more fantastic puns, make sure to check out 40+ Hilarious Fish Jokes And Puns That Are Off The Scale and 50 Best Frog Puns And Jokes That Are Toad-ally Funny.

Here we have some of the best escargot puns that will make you come out of your shell. Have an escar-go at them.

1. I once tried my hand at snail racing. I thought if I took off their shells, then they'd become quicker and lighter. But all that did was make them all a bit sluggish.

2. French snails are faster than American ones. That's because it's L'ess cargo.

3. The other day at a red light, a couple of snails pulled up next to me on a car with a bright S on it. When the traffic light turned green, they sped away. I  looked at my friend and told him, "Wow, look at that S car-go."

4. When snails die, they become escarghosts.

5. Once, a snail accidentally got on a ship. Everyone called it a snailor.

6. There was a snail that lost its car one day. It then became an es-car-go.

7. There's a basic difference between a snail and a slug. Snails are better shells men.

8. My little nephew wanted to know why I have so many snails in my freezer. I just told him that they are good as cargo.

9. Yesterday, I saw two snails boxing out in the open. I didn't do anything because you have to let them slug it out.

10. I was once asked to tell a few jokes about snails at a stand-up comedy show. I certainly snailed it because the audience said I was shellarious.

11. I took the shells off of two snails and let them fight it out. It was a slugfest.

12. People on diets usually eat many snails, probably because they try to avoid any fast food.

13. There was a snail that had a voice-activated vehicle. When it tried to start the car, the car asked if it was ready for a drive; the snail said, "yes, car, go."

14. The snail got sick and decided to go to the doctor. The doctor treated him for dehydration. She gave him a snailine solution.

15. The other day, I called the snail in our neighborhood. When he picked up the phone, he said, "Shello?"

Here we have some shellariously funny puns on snails and some cute snail names. Mr Lazy is a really funny name for a snail. We did a little wordplay and got you some snail pun names that are so funny that it will feel like slime is flying by. Take your pick.

16. A snail wore a little eye makeup before going out with her friends. Now she is a Mascaragot.

19. The other day, I saw a snail hit another snail, and then it ran off. The injured snail shouted behind, "I will get you next slime."

20. This morning, I accidentally stepped on a snail and was feeling guilty. You should have seen the little guy. He looked sincerely crushed.

21. When snails need to make some important calls or communicate with each other, they use shell phones.

22. A snail was invited to a party to go dancing. It wore escargogo boots for the night.

23. Snails usually have very shiny shells. I guess they all use snail varnish on them.

24. The other day, I heard about a snail that finally boomed with confidence after a long time. I guess she finally came out of her shell.

25. Michelle Obama went to a Halloween party dressed as a snail. When someone didn't recognize her, she said, "I'm M'Shell."

26. A woman in our area has recently opened a snail farm. She told us that it's a real slow-moving business.

27. A man went to the doctor with some burn wounds, and the doctor put some flesh-eating snails on it. He did that to make those eschar go.

29. A snail was trying to climb up a wall all morning, but he started slipping down after hours of trying. He shouted, saying, "Oh! How slime flies."

30. The snail model kept a strict diet and said to her other friends, "Look, I'm getting slimier by the day."