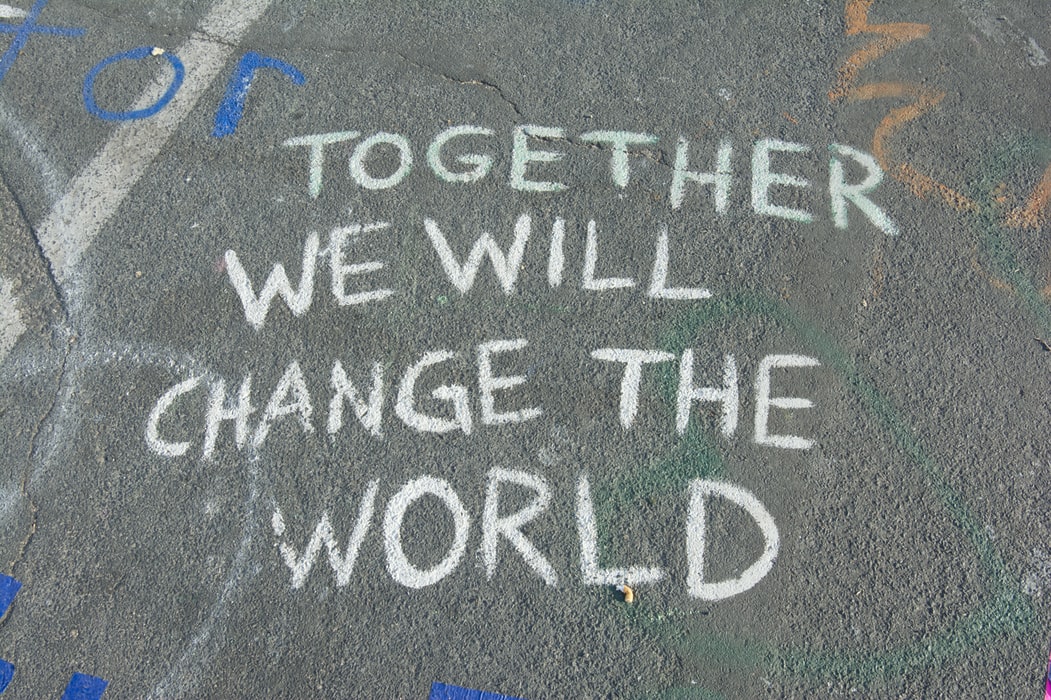 Social justice is a widely talked about subject in the contemporary world.

Social justice is the theory that all people in society should have equal opportunities and rights. Social justice aims to ensure that every individual enjoys equal privileges without any kind of discrimination.

Social justice is extremely crucial for every individual's life and development, especially for minority groups of the population such as disabled people, the LGBTQ+ community, refugees, minority ethnic groups and women. Without social justice, there is no fairness and equality in society, only degradation of the individual's integrity and dignity. Here are some famous social justice quotes for you!

If you like what you read, then do check out our activism quotes and [women's rights quotes] as well!

These motivational quotes will help you see the world in a new light.

1. "... I say the revolution will have to start in our homes, by achieving equal rights for women."

2. "Privilege does not have to be negative, but we have to share our resources and take direction about how to use our privilege in ways that empower those who lack it."

3. "The Lord loves righteousness and justice; the earth is full of his unfailing love."

4. "For as long as I can remember, I've always been interested in issues of social justice, political freedom, and civil rights."

5. "Open thy mouth, judge righteously, And minister justice to the poor and needy."

6. "Without food, man can live at most but a few weeks; without it, all other components of social justice are meaningless."

7. "Each time a man stands up for an ideal, or acts to improve the lot of others, or strikes out against injustice, he sends forth a tiny ripple of hope..."

8. "There are two ways of exerting one's strength: one is pushing down, the other is pulling up."

9. "Preservation of one's own culture does not require contempt or disrespect for other cultures."

10. "Justice is the constant and perpetual will to allot to every man his due."

11. "I will sing of your love and justice, Lord. I will praise you with songs."

Get inspired with these powerful social justice quotes for social workers.

13. "There are a thousand hacking at the branches of evil to one who is striking at the root."

14. "We are not to simply bandage the wounds of victims beneath the wheels of injustice, we are to drive a spoke into the wheel itself."

15. "There may be times when we are powerless to prevent injustice, but there must never be a time when we fail to protest."

16. "Never doubt that a small group of thoughtful, committed, citizens can change the world. Indeed, it is the only thing that ever has."

17. "How wonderful it is that nobody need wait a single moment before starting to improve the world."

18. "The happiest people I know are those who lose themselves in the service of others."

19. "Unless someone like you cares a whole awful lot, nothing is going to get better."

20. "I wish I could say that racism and prejudice were only distant memories. We must dissent from the indifference."

21. "I have a dream that my four little children will one day live in a nation where they will not be judged by the color of their skin but by the content of their character."

22. "There comes a time when one must take a position that is neither safe, nor politic, nor popular, but he must take it because conscience tells him it is right."

23. "Of all the forms of inequality, injustice in health care is the most shocking and inhumane."

24. "The moral arc of the universe is long, but it bends towards justice."

25. "The hope of a secure and livable world lies with disciplined nonconformists who are dedicated to justice, peace and brotherhood."

26. "No, no, we are not satisfied, and we will not be satisfied until justice rolls down like waters and righteousness like a mighty stream."

27. "True peace is not merely the absence of tension; it is the presence of justice."

29. "The whirlwinds of revolt will continue to shake the foundations of our nation until the bright day of justice emerges."

30. "Never, never be afraid to do what's right, especially if the well-being of a person or animal is at stake."

31. "Our lives begin to end the day we become silent about things that matter."

Here are some famous social justice quotes by the iconic social activist.

32. "I believe in human beings, and that all human beings should be respected as such, regardless of their color."

33. "America's greatest crime against the black man was not slavery or lynching, but that he was taught to wear a mask of self-hate and self-doubt."

34. "Truth is on the side of the oppressed today, it's against the oppressor.

36. "I believe in treating people right, but I'm not going to waste my time trying to treat somebody right who doesn't know how to return the treatment."

37. "My beliefs are now one hundred percent against racism and segregation in any form and I also believe that we don't judge a person by the color of his skin but rather by his deeds."

Here are some social justice education quotes you can share with people around you.

38. "In America, your zip code or your socioeconomic status should never determine the quality of your education."

39. "I want to live in a world where all women have access to education, and all women can earn PhD's, if they so desire."

40. "Academic excellence, educational equity, and fairness demand a strong foundation of knowledge for all learners."

42. "When education and resources are available to all without a price tag, there will be no limit to the human potential."

43. "It is not beyond our power to create a world in which all children have access to a good education."

44. "Unless we create an environment where everyone is guaranteed some minimum capabilities through some guarantee of minimum income, education, and healthcare, we cannot say that we have fair competition."

Quotes About Social Justice From The Big Screen

45. "What we hold to be right, and good, and true is right and good and true for all men. Otherwise, we're just another robbertribe."

46. "There are laws that enslave men, and laws that set them free."

47. "Justice, young man, is only irrelative to who's in charge."

48. "If... if we are to have faith in justice, we need only to believe in ourselves. And act with justice."

50. "Justice doesn't mean the bad guy goes to jail, it just means that someone pays for the crime."

Here at Kidadl, we have carefully created lots of interesting family-friendly quotes for everyone to enjoy! If you liked our suggestions for social justice quotes then why not take a look at these [Civil Rights quotes], or [Black history inspirational quotes] for more?