90 Speak Up Quotes To Help You Find Your Voice 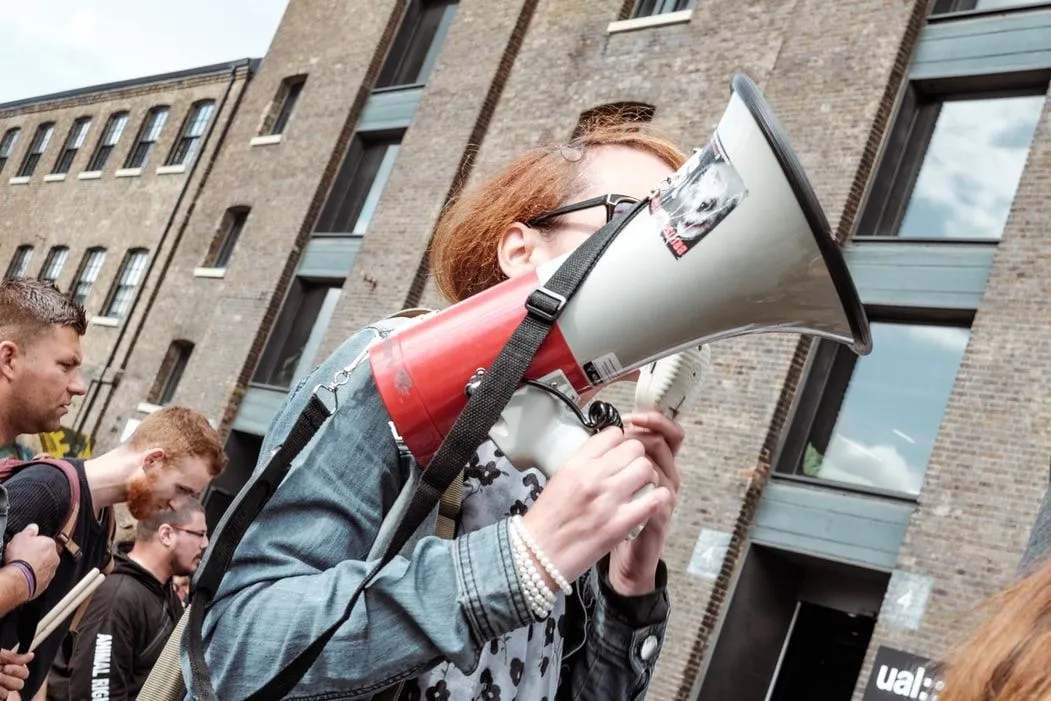 We all could use some motivational speak up quotes in our lives.

Whether you are a man or a woman who cannot find their voice, or just someone who is looking for that extra inspiration - read on! If you like inspirational speak up quotes, why not check out [stand up for yourself quotes] and be brave quotes.

The true value of speech is in saying something different. Read on for some inspirational speak up for yourself quotes by the people history remembers. This great list of inspirational quotes will bring out your voice every day.

1. “The most common way people give up their power is by thinking they don’t have any.”

2. “It took me quite a long time to develop a voice, and now that I have it, I am not going to be silent.”

4. "Only by speaking out can we create lasting change."

5. “Never be afraid to speak your mind, you have one for a reason.”

7. "Courage is what it takes to stand up and speak."

8. “In the end, we will remember not the words of our enemies, but the silence of our friends.”

9. “When you have something to say, silence is a lie—and tyranny feeds on lies.”

10. "You have to speak your mind and do the stuff that makes you laugh."

11. “Breaking our silence is powerful. Whether it comes as a whisper or a squeak at first, allow that sense of spaciousness, of opening, allow yourself to trust the bottomlessness, and lean into the dark roar which will light up every cell."

12. "Where you see wrong or inequality or injustice, speak out, because this is your country. This is your democracy. Make it. Protect it. Pass it on."

13. "Be still when you have nothing to say; when genuine passion moves you, say what you've got to say, and say it hot."

14. “To sin by silence when they should protest makes cowards of men.”

15. “But I have learned in the last year, more than ever before, that sometimes we have to be loud.”

16. "You have to speak your mind, but without being cruel."

17. "Stand before the people you fear and speak your mind - even if your voice shakes."

18. "Using your voice in ways that might initially scare you. That can be being an architect of change."

19. “What is the source of our first suffering? It lies in the fact that we hesitated to speak. It was born in the moment when we accumulated silent things within us.”

20. “I am strong and human with a mouth that can work like a man’s and a more intelligible brain, and I demand to be heard.”

21. "Just remember to always be yourself and do not be afraid to speak your mind to others."

23. "It is always the best policy to speak the truth."

24. "There's something so healthy about young people speaking up in unity."

26. "Terrorism will spill over if you do not speak up."

27. "When we speak we are afraid our words will not be heard or welcomed. But when we are silent, we are still afraid. So it is better to speak."

28. "Women speaking up for themselves and for those around them is the strongest force we have to change the world."

29. “Nothing strengthens authority so much as silence.”

30. "It takes courage and honor to stand up for yourself. I stand in honor and no longer in fear of speaking out."

Never find yourself at a loss for words again with these inspirational quotes. Share these 'don't be afraid to speak up quotes' with friends to help them speak up too!

32. "And then our speaking out will permit other women to speak, until laws change and lives are saved and the world is altered forever."

34. "The act of speaking out may make you feel alone"

35. "When you see corruption, when you see injustice, you speak up. You don't just shut up and say it's none of my business."

36. "Give yourself permission to say NO. Do not feel  guilty, mean, or selfish."

37. “I have come to believe over and over again that what is most important to me must be spoken, made verbal and shared, even at the risk of having it bruised or misunderstood.”

39. “Each time a man stands up for an ideal, or acts to improve the lot of others, or strikes out against injustice, he sends forth a tiny ripple of hope.”

41. "I've learned the importance of speaking up for myself and voicing my opinions and my ideas. I'm definitely a shy person."

42. “Never be afraid to raise your voice for honesty and truth and compassion against injustice and lying and greed. If every person all over the world…would do this, it would change the earth.”

43. “To say nothing is saying something.”

44. "Don't be afraid of speaking your mind, because that is what makes you different from the rest."

45. "Giggles can spread from person to person. So can blushing. But maybe the most powerful infectious thing is the act of speaking the truth.”

46. “As long as poverty, injustice and gross inequality persist in our world, we can never truly rest.”

48. "My silences had not protected me. Your silence will not protect you."

49. “Every voice raised against racism chips away at its power. We can't afford to stay silent.”

50. "Change starts with one person questioning, challenging, speaking up and doing something to make a difference."

51. “Speak up, because the day you don't speak up for the things that matter to you is the day your freedom truly ends.”

53. "The speaking will get easier and easier. And you will lose some friends and lovers, and realize you don't miss them."

54. “Don’t be afraid to speak up. Some people may not appreciate your opinion. Others may criticize you for it. But the ones who really matter in your life will respect you for it.”

55. "Choosing with integrity means finding ways to speak up that honor your reality, the reality of others, and your willingness to meet in the center of that large field."

56. "The moment we begin to fear the opinions of others and hesitate to tell the truth that is in us, and from motives of policy are silent when we should speak, the divine floods of light and life no longer flow into our souls."

58. "He who does not have the courage to speak up for his rights can not earn the respect of others."

59. "Each of us needs to find our own sources of courage so that we can begin to speak."

60. "Never separate the life you live from the words you speak."

Speak Up Quotes To Stand Up To Injustice

Silence is indeed compliance - and you can choose to rebel with these quotes, including 'if you don't speak up quotes', to help you raise your voice against injustice.

62. "Just speak yourself into existence."

64. "You must cry out if you want help. It is no use whatsoever to suffer in silence. Who will succour the drowning man if he does not clamour for his life?"

65. “What is the source of our first suffering? It lies in the fact that we hesitated to speak. It was born in the moment when we accumulated silent things within us.”

66. "Man does not speak because he thinks; he thinks because he speaks. Or rather, speaking is no different than thinking: to speak is to think."

69. "If you are not going to speak up, how will the world know of your existence?"

71. "I write for those women who do not speak, for those who do not have a voice because they were so terrified, because we are taught to respect fear more than ourselves."

72. "Speak the truth. People will forgive an honest mistake; they won't forgive you if you lie."

73. “Staying quiet to keep the peace can be a good thing, but if the peace has already been disturbed, staying quiet won’t make anything better. Summon your courage and speak up when you feel the need to.”

76.“Speak up. Believe in yourself. Take risks.”

78. “Do not be silent; there is no limit to the power that may be released through you.”

-Howard Thurman, 'Deep Is the Hunger'.

79. “Throughout history, it has been the inaction of those who could have acted; the indifference of those who should have known better; the silence of the voice of justice when it mattered most; that has made it possible for evil to triumph.”

80. "Make sure you have finished speaking before the audience has finished listening."

81. "People will hate you for speaking the truth, but you've gotta learn to stand up to them, so don't be offended if I say something you don't like."

82. "Not speaking up against pure evil is equal to co-operating with it."

83. "Someone has to stand up and speak for the freedoms of the little guy."

84. "Let others know when they have hurt or angered you. By not speaking up when someone insults or mistreats you, you are inadvertently giving permission for him or her to continue to treat you in the same way in the future."

85. "Speak up for those who can not speak for themselves."

87. “It’s not unpatriotic to denounce an injustice committed on our behalf, perhaps it’s the most patriotic thing we can do.”

90. "I just sort of became an adult and started speaking up for myself and not apologising for myself."

Here at Kidadl, we have carefully created lots of interesting family-friendly quotes for everyone to enjoy! If you liked our suggestions for Speak up quotes then why not take a look at [stand tall quotes], or be bold quotes.