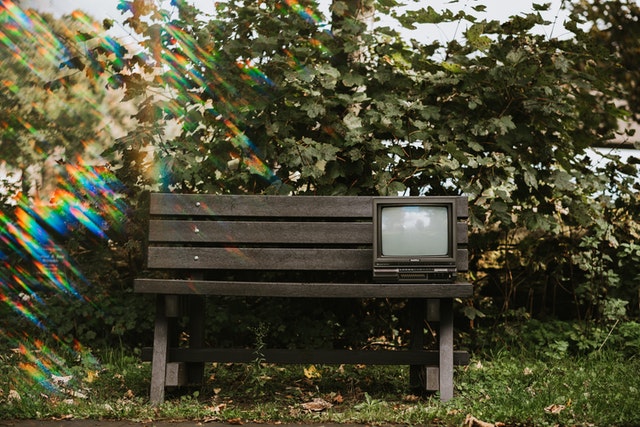 This article is full of quotes related to and understandable by a criminal mind person.

Dr. Spencer Reid is a fictional character played by Mathew Gray Gubler on a crime drama series named 'Criminal Minds'. Dr. Spencer Reid is a genius working in the FBI who has brilliant sorts of abilities such as having an IQ of 187 and the ability to read 20 000 words per minute, making him and the show an extraordinary watch mostly for criminal minds people who love to solve crime-related problems.

Spencer Reid quotes are all about Dr. Spencer Reid and his fast mind solving crime scenes in the best possible way while making it more interesting for the viewers to get inside his mind.

Some Spencer Reid Quotes To Get Inside Dr. Spencer Mind

Let's start with some dramatic Spencer Reid quotes and give your criminal minds a stretch and also understand how Dr. Spencer Reid thinks. Maybe you can have an IQ of 187 too!

1. "Morgan: What makes you feel confident?

2. "Actually, it's more like we're looking for a needle in a pile of needles. A needle would stand out in a haystack."

3. "You should see what comes up when you type 'death' into a search engine."

4. "Actually, there aren't that many scientific errors in STAR TREK, especially considering how long ago it was made. There are certain improbabilities, but not that many outright errors."

5. "You know, oftentimes when a stalker's advances are completely ignored, their erotomanic fantasies will be diverted to a more receptive target."

6. "The interchange between the 405 and the 101 freeways is consistently rated the worst interchange in the entire world."

7. "To get away with murder, you simply don't tell anyone."

8. "Nothing violates one's sense of security more than being attacked in their own home."

9. "Hotch, repetitive thinking is a death mill for the brain. For complete brain usage, diverse stimulation is the key."

10. "Well, the brain is a machine, designed to respond to stimuli. You keep the brain awake but the body immobile, it breaks down, loses its hair. After two months it eventually strokes out."

11. "Sometimes for an artist, the only difference between insanity and genius is success."

14. "Logic dictates that if you believe in one, you have to reconcile the existence of the other."

15. "Evil can’t be scientifically defined. It’s an illusory moral concept that doesn’t exist in nature. Its origins and connotations have been inextricably linked to religion and mythology.

18. "I’ve always heard every ending is also a beginning. We just don’t know it at the time. I’d like to believe that’s true."

19. "Actually, some studies indicate that men take twice as many selfies as women ’cause it’s considered to be an acceptable form of male vanity."

20. "The most important question anyone can ask is: What myth am I living?"

21. "The belief in a supernatural source of evil is not necessary. Men alone are quite capable of every wickedness."

22. "Out of suffering have emerged the strongest souls. The most massive characters are seared with scars."

23. "Man is least himself when he talks in his own person. Give him a mask, and he will tell you the truth."

24. "The influence of a mother in the lives of her children is beyond calculation."

25. "When it comes to life, we spin our own yarn. And where we end up is really in fact where we always intended to be."

27. "We live in a fantasy world, a world of illusion. The great task in life is to find reality."

28. "Life can only be understood backwards, but it must be lived forwards."

30. "No matter how fast light travels, darkness is always faster, and is waiting for it."

31. "In life, unlike chess, the game continues after checkmate."

32. "It has been said that time heals all wounds. I do not agree. The wounds remain. In time, the mind, protecting its sanity, covers them with scar tissue, and the pain lessens, but it is never gone."

33. "The best and most beautiful things in the world cannot be seen or even touched."

35. "The clock talked loud. I threw it away. It scared me when it talked."

Spencer Reid is not all about being serious or always solving crime, sometimes Spencer Reid means having fun! This part of Dr. Spencer Reid quotes contains fun and loads of funny conversational quotes between Spencer Reid and this team.

Elle: He looks about the way I would if I was gonna spend two weeks with my family."

34. "One thing I've learned over the years profiling CIA agents, spies are some of the smartest liars in the world. Be smarter."

35. "Elle: You guys, we're here in New York and even when we aren't talking about our case we end up talking about another profiler.

Hotchner: You’re right. So Elle, you seeing anyone?"

Ryan: Just here to buy a book then, huh?

Gideon: What can I say? Profilers, they fascinate me."

Gideon: Well, I’m an FBI profiler, so I guess I’m a little of each."

38. "Gideon: There’s someone else on the plane that’s a huge Skins fan.

Gideon: The only person in the world who calls you 'Spence.'

Hotch: I suppose whether he's fit to be a field agent. You know, Haley and I were looking at a baby names book. Well, guess what Gideon means in Hebrew.

Reid: (passes by and hears the question) Mighty warrior. Appropriate."

40. "Morgan: These are my bomb fragments. We can start putting this bad boy together.

Garcia: Why bother? Don't you just look at the pieces for prints and stuff?

Morgan: Garcia, what are you doing in the FBI?

Garcia: I didn't get into medical school?

Morgan: Why does that not surprise me?"

'Criminal Minds' Spencer Reid quotes are full with all kind of emotions, drama, suspense and some serious sad conversations. Quotes within these conversations from the series will show you the different side of the show.

41. "Morgan: Eckhart Tolle said, 'Where there is anger, there is always pain underneath.'

JJ: 'Live so that when your children think of fairness and integrity, they think of you.' H. Jackson Brown, Jr."

42. "Reid: 'You may leave school, but it never leaves you.' Andy Partridge

Hotch: 'Pain is the breaking of the shell that encloses your understanding.' Kahlil Gibran"

43. "Rossi: 'The sea has never been friendly to man. At most, it has been the accomplice of human restlessness.' Joseph Conrad

Morgan: 'We are tied to the ocean. And when we go back to the sea, whether it is to sail or to watch, we are going back from whence we came.' John F. Kennedy"

44. "Prentiss: 'There’s no chance, no destiny, no fate, that can circumvent or hinder or control the firm resolve of a determined soul.' Ella Wheeler Wilcox

Rossi: 'It’s hard to fight an enemy who has outposts in your head.' Sally Kempton"

45. "Reid: 'In all the darkest pages of the malign supernatural, there is no more terrible tradition than that of the vampire – a pariah even among demons.' Writer Montague Summers.

46. "Rossi: Dr. Burton Grebin once said, 'To lose a child is to lose a piece of yourself.'

Rossi: 'Without a family, man, alone in the world, trembles with the cold.' Andre Maurois."

Prentiss: 'Reason is not automatic. Those who deny it cannot be conquered by it.' Ayn Rand."

48. "Hotchner: George Washington said, 'Let your heart feel for the affliction and distress of everyone.'"

49. "Prentiss: An old Russian proverb reminds us, 'There can be no good without evil.'

Prentiss: 'Happy families are all alike. Every unhappy family is unhappy in its own way.' Leo Tolstoy."

50. "Gideon: 'Our life is made by the death of others.' Leonardo da Vinci.

Hotchner: 'If there must be trouble, let it be in my day, that my child may have peace.' Thomas Paine."

52. "Gideon: Euripides said, 'When a good man is hurt, all who would be called good must suffer with him.'”

Gideon: Euripides said, 'When love is in excess it brings a man no honor nor worthiness.”

Here at Kidadl, we have carefully created lots of interesting family-friendly quotes for everyone to enjoy! If you liked our suggestions for Spencer Reid quotes then why not take a look at 'True Detective' quotes and [Sherlock Holmes quotes].

How To Navigate Life Changes During Lockdown (And Come Out Smiling)
Laura Savage
No items found.