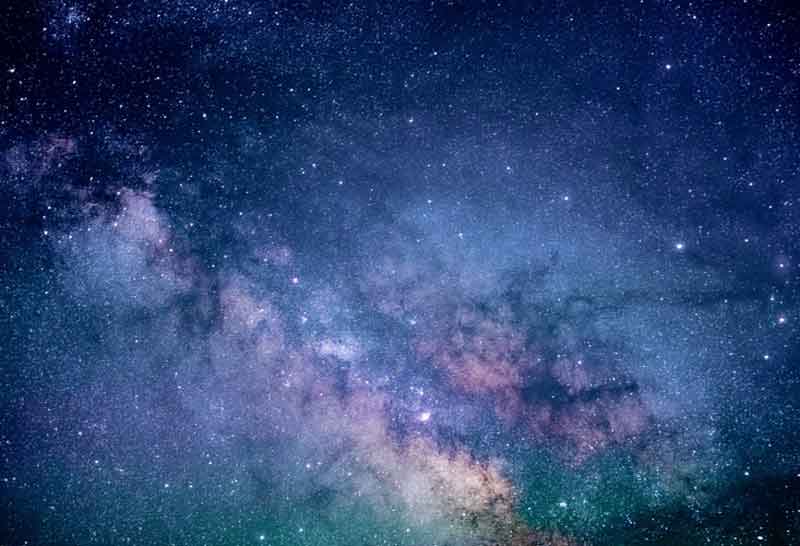 'Steven Universe' is a sci-fi fiction show on the cartoon network.

The credit for the creation of this series goes to Rebecca Sugar. This American show has a total of five seasons.

This animated series is the story of a boy named Steven Universe who tries to save the universe from monsters, together with the crystal gems.

If you enjoyed reading the 'Steven Universe' quotes, why not read our adventure time quotes and [funny cartoon quotes].

Steven inherited a crystal gem from his mother, which has magical powers. Find out how Steven and the crystal gems are trying to save the universe.

6."Someday soon, we may be fighting some really bad guys, and when that day comes, I want to fight with you, together!"

Connie: This is much easier!

8."Maybe when Peridot gets to Earth, she'll see how nice all the people are, and she won't want to hurt anyone."

10."I know you do. Please, please understand if we lose, we'll be killed, and if we win, we can never go home."

11."That was Rainbow Quartz. Pearl thought a fusion might give your video a little...something extra. Pretty cool, right?"

12."When a Gem is made, it's for a reason. They burst out of the ground already knowing what they're supposed to be, and then...that's what they are. Forever."

13."But you, you're supposed to change. You're never the same even moment to moment -- you're allowed and expected to invent who you are. What an incredible power -- the ability to 'grow up'."

14."Steven: White hurt you before she controlled you?

Volleyball: What? Oh, stars! What a misunderstanding. This is all Pink Diamond."

15."Oh, no, I know what a nickname is. It's just that it reminds me so much of Pink. She used to give silly little names to everything. She was so funny like that."

16."Isn't it remarkable, Steven? This world is full of so many possibilities."

17."Each living thing has an entirely unique experience. The sights they see, the sounds they hear. The lives they live are so complicated...a-and so simple. I can't wait for you to join them."

18."Steven, we can't both exist. I'm going to become half of you. And I need you to know that every moment you love being yourself, that's me, loving you and loving being you. Because you're going to be something extraordinary. You're going to be a human being."

19."So, you from around here? I'm just here on business...I really like your pink fur. You're like the cotton candy of the jungle!"

20."I always wanted an animal friend, but I thought it'd be like a goldfish...Or a dinosaur! But I guess fate had other plans for Steven Universe...and his best friend Lion."

22."Garnet learned a valuable lesson that day: that true strength is about more than just how many mountains you can punch in half."

24."This is Peridot, transmitting on all frequencies from abandoned Crystal System colony planet Earth, to Yellow Diamond. My mission has been compromised. My escort and informant are gone, and I am now stranded. Please send help!"

25."Aww! You're like an angry little slice of pie! Wait! I have a better idea that doesn't involve destroying the house!"

26."Peridot: Steven is my closest friend. Last year we shared a toothbrush.

Steven: I was not aware of that."

27."You're wrong! If Pearls are really like you say they are, then Pearl isn't common at all! She trained herself to fight! She learned how to build things! And she works hard every day to be greater than she already is! That's not common; that's amazing!"

28."Everybody always tells me how great Mom was. I just don't feel like I can ever measure up to her."

29."Oh Starlight, what are you doing crawling in here? You want your legs back? You want your planet back? Surely you can understand why I can't let you leave. Look what you did to yourself last time.

31."Garnet: We can take a break if you're not feeling well, Steven.

Garnet: Alright, but be careful, you might trigger a trap with that gun-show."

32."I took a risk at your expense. There was a chance you'd understand this, and we'd be closer. Steven, I see so many things that can hurt you. I should never have let one of them be me."

33."There are millions of possibilities for the future, but it's up to you to choose which becomes reality. Please understand. You choose your own future."

34."For a fusion to work, there needs to be balance. An imbalance can cause your fusion to lose touch with reality, see things that aren't there, and eventually fall apart."

Pearl is a crystal gem in a hologram form. Read the quotes from her dialogues, get a glimpse of the human and the crystal world.

35."Humans just lead short, boring, insignificant lives, so they make up stories to feel like they're a part of something bigger. They want to blame all the world's problems on some single enemy they can fight, instead of a complex network of interrelated forces beyond anyone's control."

36."Pearl: Everything I ever did, I did for her. Now she's gone, but I'm still here. Sometimes, I wonder if she can see me through your eyes.

Pearl: What would she think of me now?

Steven: What if a Gem is half human?

Pearl: That is a very good question! The answer is you!

38."Pearl: Don't worry Steven, I'm sure one day you'll figure out how to activate your gem.

Garnet: Yes, in your own Steven-y way."

39."Sometimes, you even sound like her. Do you remember this place? Do you have any of her memories? We were right here, over 5,000 years ago."

40."Well that's perfect because I don't want to go with grammatically incorrect people anyway. Is she talking about me?"

41."Just today, you were crying about snakes. They don't have any arms!"

Amethyst is one of the crystal gems. Amethyst and Steven fuse to form Smoky Quartz. The voice of Smoky Quartz is given by Natasha Lyonne. Read the best quotes.

42."Holy smokes! I'm Smoky! Steven, you beautiful genius! You pulled Amethyst out of her gem through fusion?!"

43."I mean—You're one of us, Steven. We're not the Crystal Gems without you."

44."Pearl: Amethyst, have you seen Steven this morning?

Amethyst: Yeap. He's hanging out with some weirdo. I think he's trying to vaporize Steven."

45."Steven: Amethyst... Am I the cruelest creature on the planet?

Amethyst: Oh Steven, those are just words people use to describe how they feel about you."

46."What? You mean about the bad thing? How this bad place is where bad Gems came to grow more bad Gems? Is that what you're talking about?"

47."This is, like, my entire existence! You want to pretend that none of this ever happened! You think I'm just a big mistake!"

Here at Kidadl, we have carefully created lots of interesting family-friendly quotes for everyone to enjoy! If you liked our suggestions for 45+ Steven Universe quotes for all Cartoon Network fans, then why not take a look at cartoon quotes or 'Bob's Burgers' quotes.

The New Normal: Eating Out As A Family
Alice Carlill
No items found.