Everyone loves the joy of popping open a Snapple fruity drink to see whatever exciting "real fact" is waiting for them on the bottom of the Snapple bottle caps.

Snapple lid real facts are a fun dose of knowledge, plus, you get to enjoy a delicious fruity Snapple drink while you learn something new from the cap. From ridiculous and funny Snapple facts to handy facts for your next game of trivia, you're sure to learn something fun from these Snapple cap facts.

If you like our Snapple facts list, why not check out our facts about North Carolina and Mackinac Bridge facts too?

We'll start off our list of real facts with a few facts on the history of Snapple.

1. The Snapple history started in New York in 1972, when it was created by Snapple founder Leonard Marsh, Hyman Golden and Arnold Greenberg.

2. The name Snapple was based on a failed batch of apple juice that had been left for so long that the lids were flying off the top of the bottles. The founders combined the 'snap' sound with 'apple' and 'Snapple' was created.

6. Snapple is owned by Doctor Pepper and made in Texas.

7. Snapple now have 35 fruity flavors true to the Snapple slogan, "Made from the best stuff on Earth."

8. If you can't get enough of these crazy facts and want daily Snapple facts, the company offers text service which allows you to sign up for Snapple fact text alerts. All you have to do is text REALFACT to 762-775.

If you love animals, these wild Snapple real facts, ranging from flamingos who turn pink from eating shrimp to giant beavers, will leave you shocked.

9. Antarctica is the only continent that has no reptiles, as these cold-blooded animals can't create their own heat.

10. The U.S. Coast Guard has specially trained pigeons to spot people lost in the ocean.

11. A hummingbird's heart beats 1400 times in just a single minute.

12. Honeybees use the sun as a compass to work out which way they need to fly.

13. The blue whale's giant heart is the biggest heart in the world and is the size of a small car.

15. Bloodhounds have such a strong sense of smell, they can track humans for up to 100 miles.

16. Flamingos turn pink from eating shrimp! They are actually born white or grey and get their reddish pink color after a couple of years eating shrimp.

17. A polar bear's fur isn't white, it is actually transparent! While a polar bear's skin is black, these transparent hairs scatter the light of every color and end up looking white.

19. "Flamboyance" is the term used for group of flamingos.

21. In 2008 Switzerland passed a law making it illegal to own just one guinea pig as they get lonely very easily.

22. Yawns are just as contagious to dogs as they are to humans.

23. A blue whale's blood vessels are so huge that a human could swim inside one of them.

24. Blue whales make the loudest sound of any animal,  it can be detected over 500 miles away.

25. Animals that hatch from eggs don't have belly buttons.

26. A snail can sleep for three years straight!

27. A hummingbird is lighter than a penny. Some even weigh as little as 0.141 ounces.

Snapple Facts About Nature And Science

Your friends and family will think you're super smart when you whip out one of these cool science and nature "real facts".

29. A bee needs to tap two million flowers to create just one pound of honey.

31. You weigh a little bit less when the moon is directly above you.

32. The sun is so big it can fit more than a million earths inside of it.

33. The colours red, orange and yellow can make you feel hungry.

34. A mile on sea and a mile on land are two different distances.

36. You can only see rainbows in the morning or in the late afternoon.

37. Your feet hold one quarter of all of the bones in your body.

38. Electric trains can be powered by brain waves.

39. There are more than two million parts in human eyes.

40. In Oregon there is a mushroom that is three and a half miles long and lives underground.

41. Every year Mount Everest gets a couple of millimeters higher.

42. Roughly 17 trees are saved every time a ton of paper is recycled.

43. The first fruit to be eaten on the moon was a peach.

44. Just like humans, plants can also get a fever when they are sick.

45. Cucumbers are made of 96% water, which is the highest of any food.

If you're a history nut, you'll love these exciting (and sometimes ridiculous) "real facts".

46. In the 1830s, ketchup was sold as a medicine. Doctors claimed that it could cure scurvy and even fix broken bones.

47. The word 'hello' was coined by Thomas Edison, the inventor of the microphone that transformed the newly invented telephone. He urged people to use 'hello' when answering the telephone while his competitor Alexander Bell wanted people to use 'ahoy' instead.

48. The first ever high five happened during a 1977 baseball game, when the Dodger's Dusty Baker high fived Glenn Burke after he scored a home run.

49. When Theodore Roosevelt was President, he had a pet black bear named Jonathan Edwards!

50. The S in President Harry S. Truman's name didn't actually stand for anything and was just the letter S.

51. In the first ever version of Cinderella, Cinderella was actually a Greek girl named Rhodopis who married the King of Egypt and wore fur slippers.

52. One way men proposed to women in Ancient Greece was by throwing an apple at them!

54. While Queen Cleopatra of Egypt was born in Egypt, she was actually Greek.

55. The original game of tennis was played using the palm of the hands to hit the ball instead of rackets.

56. Americans in total eat roughly 18 acres of pizza every day.

57. Leonardo da Vinci was so talented, he could write, draw and paint with both hands at the same time.

58. The name 'Chicago' came from the French word given to a stinky garlic plant that used to grow in the state.

59. The first ever message sent through Morse code was "a patient waiter is no loser" from Stephen Vail to Samuel Morse in 1838.

60. Former President Ulysses S. Grant was once fined for speeding with his horse drawn carriage.

You'll be able to wow your friends by keeping some of these quirky "real facts" up your sleeve.

61. A jiffy is actually a real measurement that equals 1/100th of a second.

62. During the '60s, the CIA tried turning a cat into a spy by putting a microphone in its ear, a radio in its skull and an antenna in its fur.

65. It is illegal to put an ice cream cone in your back pocket in Alabama.

66. At least nine million other people across the world have the same birthday as you.

71. In Philadelphia, it is technically illegal to put pretzels in a bag.

72. An 'earworm' is the word for a song that gets stuck in your head.

While most of the facts are 100% true and the company says that all Snapple facts are checked every year, quite a few of Snapple's "real facts" aren't actually real facts at all. It's always a good idea to do a quick check before telling your friends and family about these fun facts. Here are some of the facts we've found out aren't "real facts" at all!

73. A goldfish only has an attention span of three seconds.

This was the first Snapple fact ever, and it was incorrect! Goldfish have a nine second attention span which is one second longer than a human's.

Cats actually only have two vocal cords but they can make over 100 vocal sounds, while dogs can only make 10!

75. Owls are the only birds that can see blue.

76. Koalas are the only other animal, apart from humans, that have their own unique fingerprints.

In fact, humans, koalas, gorillas and chimpanzees all have unique fingerprints.

77. The most consumed fruit in the world is the mango.

Tomatoes are actually the most consumed fruit in the world, followed by bananas, watermelons, apples, oranges and then finally, mangoes.

78. The coat hanger was invented by Thomas Jefferson.

The first wire coat hanger was actually invented by Albert J Parkhouse in 1903.

79. A piece of paper can't be folded more than seven times.

It has been proven many times that a (very big) piece of paper can be folded more than seven times.

80. The only mammals that can't jump are elephants.

While it is true that elephants physically can't jump, sloths, rhinoceroses and hippos are also unable to.

81. Bullfrogs are the only animals that can survive months without sleep.

Bullfrogs are the only animal that can go months without sleeping but they do rest during hibernation to survive the winter.

Cows can walk downstairs, it just depends on how steep they are.

Here at Kidadl, we have carefully created lots of interesting family-friendly facts for everyone to enjoy! If you liked our suggestions for Snapple facts then why not take a look at our list of funny facts about Kentucky, or glyphis shark facts? 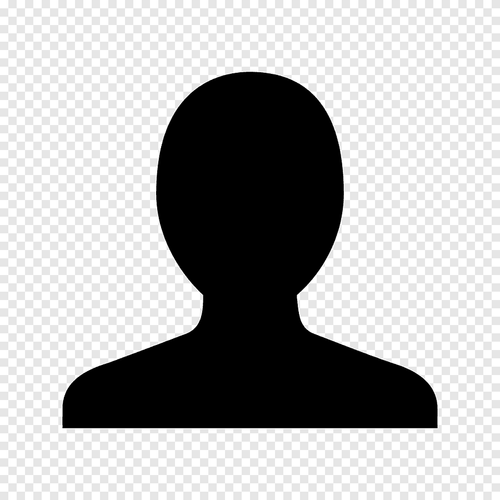