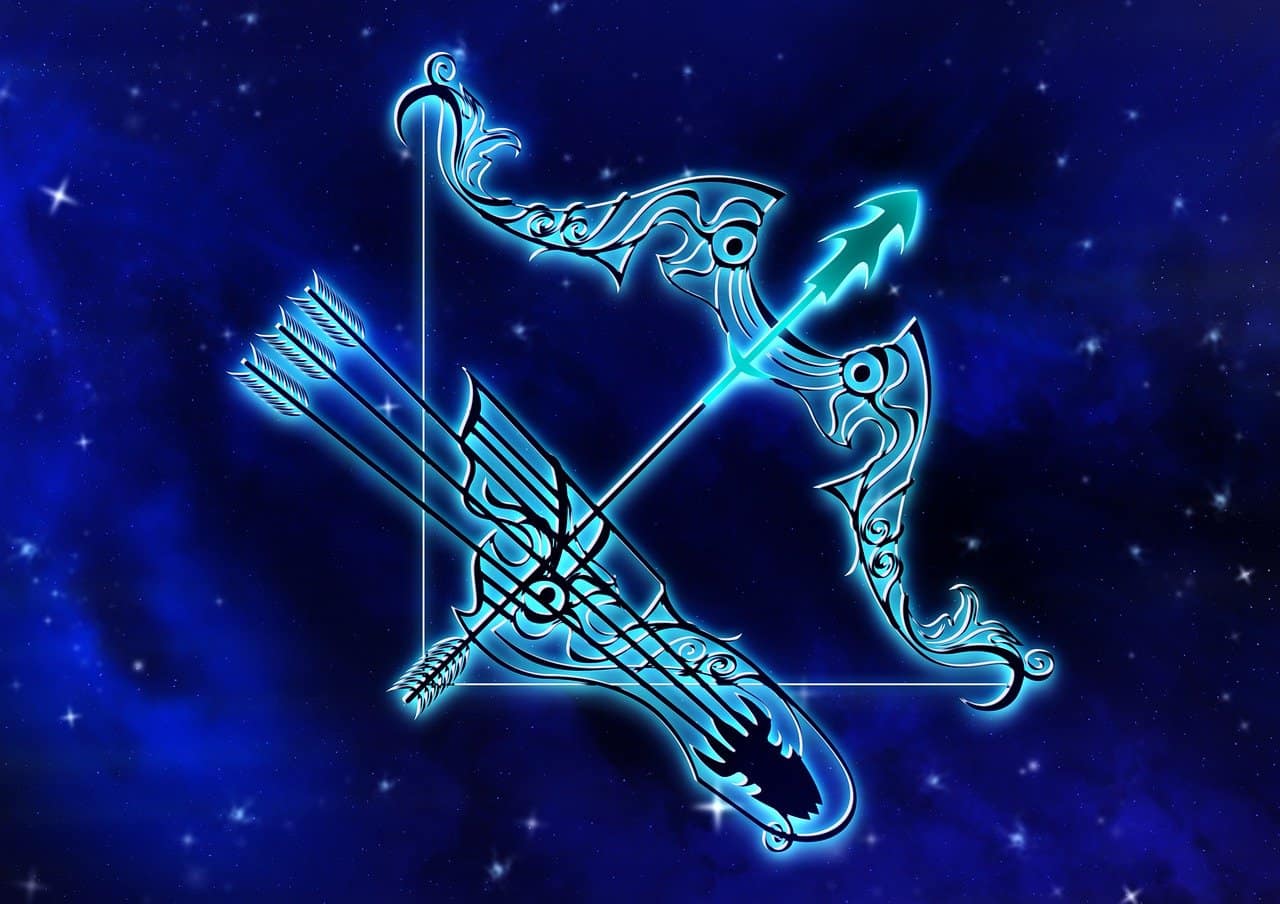 People have always wanted to sneak a peek at what's coming round the corner in life, and many of them do it by getting into astrology.

As well as predicting the future, astrologers believe that people's zodiac signs have an impact on their personality. There are many ways our stars can influence who we are, whether it's someone's Pisces traits meaning that they're empathetic or an Aquarius' characteristics making them imaginative.

But it's fire signs we're focusing on today, with a list of fascinating celestial, mythological and personality facts of astrology about Sagittarius folk. To find out why they're so adventurous, what the ancient Sumerians thought of them, where their energy comes from and more, keep reading.

Just a quick note before we get on with the interesting bit: astrology's not science and this blog is purely for entertainment. These 'facts' about Sagittarius are just for fun.

We've shot for the moon with these facts about the Archer constellation that represents the December star sign.

1. Sagittarius is the sign of the zodiac for December, although some Capricorns have December birthdays too. Sagittarius' dates are 23 November to 21 December, meaning you have this star sign if your birthday falls on or between these dates.

2. The sign Sagittarius is ruled by the planet Jupiter, associated with growth, good luck and healing.

3. Sagittarius is the ninth of the zodiac signs, coming after Scorpius and before Capricorn.

4. Sagittarius, like Aries and Leo, is a fire sign. Fire signs are known for being energetic, creative and spontaneous.

5.  It's also mutable, like Virgo, Pisces and Gemini. Mutable signs are said to be adaptable, caring and flexible.

6. The symbol for this December sign is the archer, a reference to its Greek mythological origin as the centaur Chiron. The word 'sagittarius' means 'archer' in Latin.

7. The ancient Babylonians saw the constellation Sagittarius as a representation of the god Nergal,  who was also depicted as a centaur-like creature with a bow and arrows. Its Sumerian name, Pabilsag, means 'Great Ancestor'.

8. The December solstice (the shortest day in the Northern Hemisphere and the longest in the Southern) falls in Sagittarius about half the time. The other half, it falls in Capricorn, which starts on 22 December.

9. The centre of our Milky Way galaxy is found in the western parts of the  Sagittarius constellation.

10. The 'Wow! signal', an extremely loud radio signal from outer space recorded in 1977, is thought to have come from the direction of Sagittarius. The signal has been used to support the search for extraterrestrial life.

Positive Personality Traits Of A Sagittarius

The December zodiac sign is associated with lots of positive characteristics. In this section, we talk about all the Sagittarius traits that make this zodiac sign known for being full of people who love life.

11. With their ruling planet being expansive Jupiter, it's no surprise that the Sagittarius personality is known for its optimistic and positive outlook.

12. Among the many positive Sagittarius qualities, their sense of humor and ability to laugh stands out. They'll always be able to find the lighter side of a situation, and can be really hilarious when they feel like it.

13. Sagittarius people love their freedom. They're the freewheeling adventurers of the zodiac, always wanting to explore a new experience or go on a wild escapade. They're as independent as cats.

14. Speaking of cats, Sagittarius personalities are well-known as animal lovers, and are the kind of people who gravitate to any animal in the room.

15. Sagittarius is always thought of as the 'ridiculously lucky' sign. Under Jupiter's benign influence, Sagittarius are people that almost always land on their feet no matter what life throws at them.

16. Like most fire signs, people born under Sagittarius have incredible amounts of energy and are only too happy to take on challenges that would make most of us run for the hills.

17. Open-hearted, generous Sagittarius automatically thinks the best of people. People born under this zodiac sign have to actively try to think anything less than the best of anyone they meet.

18. They follow the beat of their own drum. Adventurous Sagittarians aren't afraid to wander off down the road less traveled and blaze a trail for anyone who comes after them. They think for themselves and don't let anyone's opinion sway them.

19. They're really intelligent. Although the personality of a Sagittarius can seem to be all spontaneous fun and easy cheer, they're actually deep philosophical thinkers who love to get stuck into working out what makes the world tick.

20. Sagittarius love to travel and try out new things - they're definitely people who take life by the horns and live it to the fullest. Other Sagittarius likes include being outdoors, philosophical discussions and anything that sounds like an adventure.

Sagittarius Characteristics To Watch Out For

It's just a fact of life that people have their flaws, and those with a Sagittarius star sign are no different. Here are some of the shadowier sides to these shiny optimists.

21. Sagittarius personality traits include being majorly blunt. That's the flip side of their honesty - if you can't handle the warts-and-all unvarnished truth, don't ask a Sagittarius for their opinion.

22. People born under the sign of Sagittarius are free spirits. That's a good thing, but their restless nature can sometimes mean they become unreliable or irresponsible.

23. The boundlessly optimistic personality of Sagittarius can turn into naivety if they forget to account for the fact that the rest of the world might not be quite as honest and open as they are.

24. One of Sagittarius' negative traits is impatience. They don't like to wait and they don't like it when things don't go their way - probably because they're so used to their Jupiter-influenced luck holding out.

25. Sagittarius, like all fire signs, can be more than a bit hot-tempered at times.

These famous Sagittarius signs have turned their Jupiter-influenced good luck into high-flying careers in the public eye. (Please note that these are based on the celebs' public personas, and we don't actually know these people in real life.)

26. Strong-willed singer and actress Miley Cyrus possesses the classic Sagittarius traits of independence and standing up for her beliefs, as demonstrated by her LGBTQ+ advocacy and her general attitude of doing her own thing regardless of anyone else's opinion.

27. French President Emmanuel Macron has used his Sagittarian charm to get himself elected to France's top job, as well as showing typically Sagittarius leadership qualities once he got there.

28. Janelle Monae's musical career shows off her Sagittarius creativity, with her intelligent lyrics and cultural commentary showing the sign's intelligence and philosophical side.

29. Rappers DJ Khaled and Jay-Z are both Sagittarius, and DJ Khaled is so proud of that fact, he's even been known to tweet about it.

30. Taylor Swift's got so much love for her archer star sign she's written a song about it, as well as defining her way of going about getting what she wants as standing back, taking aim and firing. Definitely her Sagittarius characteristics showing through!

31. Youtube stars Ethan and Grayson Dolan showcase the Sagittarius ability to be hilariously funny through the comedy that made them into a household name.

32. It's no surprise that free spirit Billie Eilish is a Sagittarius. Her unconventional ways and refusal to give in to society's expectations make her a classic Sagittarius personality.

Here at Kidadl, we have carefully created lots of interesting family-friendly facts for everyone to enjoy! If you liked our suggestions for 30+ Superb Sagittarius Facts For December Babies then why not take a look at Zodiac facts, or Aries facts?