20+ Tarzan Quotes That Will Always Be In Your Heart 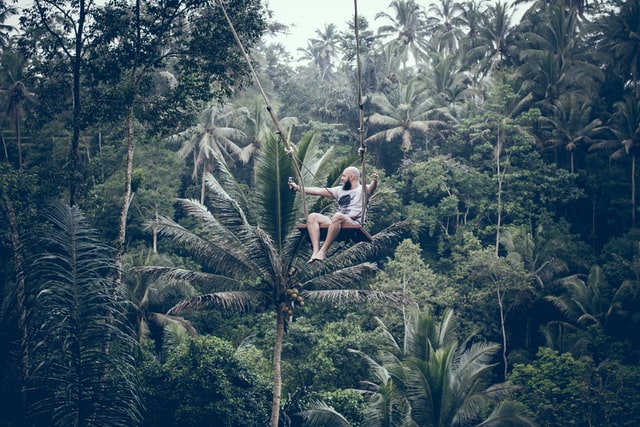 Tarzan is an archetypal fictional character and a feral child raised by apes after he was marooned along with his parents on an African coast following their death.

As depicted by Edgar Rice Burroughs, the story of Tarzan is narrated in a series of novels and short stories recounting his adventurous life. More than 40 books, in the original series, by Burroughs and many other adaptations based on Tarzan have been made, including films.

His original name is Viscount John Greystroke, having been born to a Lord and a Lady, and as he proceeds in life, he meets an American 18-year old named Jane whom he falls in love with. Burroughs drew inspiration for his character from the Fourteenth Earl of Streatham's life after he was similarly marooned on an African coast and was raised by apes.

Disney had released an animated feature named 'Tarzan' based on the fictional story of Tarzan in '99. This is loosely based on Edgar Rice Burroughs' book. With so many books and motion picture adaptations, Tarzan has innumerable quotes to choose from. Here are a few that are notable and popular.

1. "Like lions, fear is a different thing in different men, but to me, the only pleasure in the hunt is the knowledge that the hunted thing has power to harm me as much as I have to harm him."

2. "I am Tarzan of the Apes. I want you...I am yours...You are mine...We live here together always in my house. I will bring you the best of fruits, the tenderest deer, the finest meats that roam the jungle...I will hunt for you...I am the greatest of the jungle fighters...I will fight for you....I am the mightiest of the jungle fighters. You are Jane Porter, I saw it in your letter...when you see this you will know that it is for you and that Tarzan of the Apes loves you."

3. "For myself, I always assume that a lion is ferocious, and so I am never caught off my guard."

4. "I got this story from someone who had no business in the telling of it."

5. "The time has arrived when patience becomes a crime and mayhem appears garbed in a manner of virtue."

6. "Kerchak was dead. Withdrawing the knife that had so often rendered him master of far mightier muscles than his own, Tarzan of the Apes placed his foot upon the neck of his vanquished enemy, and once again, loud through the forest rang the fierce, wild cry of the conqueror. And thus came the young Lord Greystoke into the kingship of the Apes."

7. "Tarzan of the Apes knew that they had found the body of his victim, but that interested him far less than the fact that no one remained in the village to prevent his taking a supply of the arrows which lay below him."

8. "Tarzan of the Apes lived on in his wild, jungle existence with little change for several years, only that he grew stronger and wiser, and learned from his books more and more of the strange worlds which lay somewhere outside his primeval forest."

9. "Tarzan held a peculiar position in the tribe. They seemed to consider him one of them and yet in some way different. The older males either ignored him entirely or else hated him so vindictively that but for his wondrous agility and speed and the fierce protection of the huge Kala he would have been dispatched at an early age."

10. "I am Tarzan, King of the Apes, mighty hunter, mighty fighter. In all the jungle there is none so great."

11. "Two keen eyes had watched every move of the party from the foliage of a nearby tree. Tarzan had seen the surprise caused by his notice, and while he could understand nothing of the spoken language of these strange people their gestures and facial expressions told him much."

12. "Kala became sad to see that her adoptive son was drifting away from her. "

13. "Tarzan let him up, and in a few minutes all were back at their vocations, as though naught had occurred to mar the tranquility of their primeval forest haunts. But deep in the minds of the apes was rooted the conviction that Tarzan was a mighty fighter and a strange creature. Strange because he had had it in his power to kill his enemy, but had allowed him to live — unharmed."

The Disney adaptation of Tarzan was one of the most celebrated ones. Here is a list of Tarzan movie quotes from Disney's 'Tarzan' including 'Tarzan and Jane' quotes. Several characters like Professor Porter, Jane, Kerchak, Clayton and Kala are present in the movie. Kala loves Tarzan despite not being human. Jane eventually falls in love with Tarzan. Kerchak is a character present in the book as well. Clayton is the antagonist of the movie. He first tries to take up the role of protecting Jane but eventually, Clayton reveals that he wanted to hunt gorillas.

14. "If I can teach a parrot to sing "God Save the Queen, I can certainly teach this savage a thing or two."

19. "Why are you threatened by anyone different than you?"

22. "I've had it with you and your emotional constipation! Tarzan needs us and we're going to help him!"

26. "Jane: Oh, Tarzan, you have no idea what's in store for you. You're going to see the world, and all kinds of people will want to meet you. Leaders, scientists, writers.

Jane: I haven't met her, but I hear she's awfully nice."

Tantor: You know, I've been thinking lately that Tarzan may be some sub-species of elephant.

Terk: Are you kidding... What are you talking about?

Tantor: I mean, think about it. He enjoys a peanut, I enjoy a peanut...

28. "Hiding, are we? Good! I could use a challenge, because after I get rid of you, rounding up your little ape family will be all too easy!"

-Clayton, when Clayton is taunting Tazan,'Tarzan.'

Here at Kidadl, we have carefully created lots of interesting family-friendly quotes for everyone to enjoy! If you liked our suggestions for Tarzan Quotes then why not take a look at 'Tangled' quotes, or [Mufasa quotes].