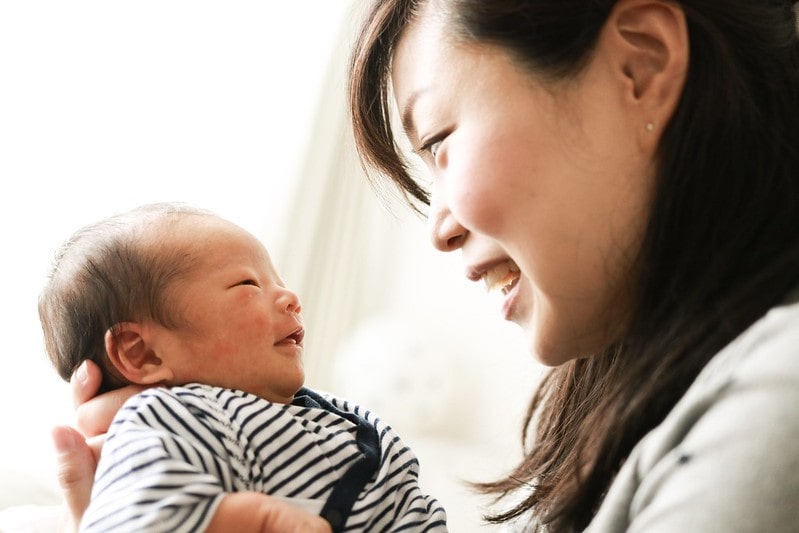 Thailand is a beautiful country, with thousands of white-sand-fringed tropical island paradises, delicious food and a long, colourful history. It's the source of many wonderful things, including our list of baby names you could choose from for the newest member of your family. Most have powerful, evocative meanings and many have interesting backstories. For instance, you could name your son after the sun or the mythical Thai charioteer who drives the sun across the sky every day – or why not go the whole hog and name him the Thai word for king? He may be small, but we all know he'll be the one in charge.

A to K Thai Boy Names

In Thailand, most people have a first name, a surname and a nickname. In fact, many babies are given nicknames at birth by their parents and are so well known by these that most people, even good friends, won't know what their 'real' name is.

In 1913, a new law was passed, which stated that each family must have a unique name. This explains why Thai surnames are often very long: to avoid having the same surname as any other family, they often had to keep adding more syllables until they had a Thai name one no one else did.

Further, many Thai first names are made up. A child's name might not 'mean' anything, but simply be a combination of a bit of each parent's first name. Thai people often change one or all of their names if they feel bad luck has been attached to it.

Another aspect of Thai names that's interesting is that they're often compound words, with each syllable having its own meaning. Take the name Kullawat. 'Kull' means family, 'wat' means leader, so together they mean family leader.

Some Thai baby names can be gender neutral and given to a boy or a girl. As for pronunciation, in this list, you can usually simply read the names as they're written, since they have already been translated from the Thai alphabet into phonetic English. Search our list of Thai boy names and see if one doesn't appeal to you.

Anurak: This is the name of an angel in a Thai myth.

Apinya: Both boys and girls are given this gender neutral name in Thailand. It means magical.

Aroon: This is the name of the chariot driver who takes the sun across the sky in Thai mythology.

Arthit: A Thai name that means 'of the sun'.

Atid: From the Thai word for sun.

A-wut: Means a fighting instrument, such as a weapon.

Chalerm: The meaning of this Thai baby name is celebrated.

Daw: From the Thai word for beautiful.

Earth: Means what it says. That is, our planet.

Kraisee: Means as brave as a male lion.

As well as a nickname, which is often a Western name, like Tom or Anna, in Thailand, it's very common for people to have a Chinese name as well. So, while Thais don't usually have middle names, they may still have several monikers attached to themselves: a first name, last name, nickname and Chinese name. And? All of these can be changed if the person decides they no longer like one or all of their given baby names, so in Thailand, you might go through life with a variety of names, rather than just one.

Narong: Means a boy who's brave and ready for a fight.

Paithoon: This Thai name can be given to a boy or a girl. It means cat's eyes.

Phassakorn: Another word for sun.

Pravat: Means someone with history.

Ram: This name for a male means loud thunder in Thai.

Ritthirong: Means a good fighter who will win a victory.

As in any country, some names are more popular than others and, in Thailand, the most common boys' names are top of the tree for their meanings, rather than, say, being a name passed down through a family. For boys, the most popular names are Somchai (pronounced swam-chi), which means a good man; Sunan, which means goodness; Paithoon (pronounced py-thoon), which can be given to a boy or a girl baby and means cat's eye. It's considered not just a  beautiful name, but also denotes one who has a keen sense of observation. And, finally, Chakrii [cha-kri], which means king. The most popular, and therefore common, Thai boy's name is Somsak, which means deserved power. It's also interesting to know that 'chai' (pronounced chi) means man, so having that as part of one of your names signals a child's gender. Have a search below for a boy name for your little angel.

Sirichai: [Sira-chi]  This is a boy name that means winner.

Somchai: A Thai name that means a good man.

Sud: A boy name that means tiger, but could mean daring too.

Tanet: Means your baby boy will (hopefully!) be prosperous.

Thaksin: Means a boy who comes from the south.

Udom: Means a boy who is principled.

Yut: Though this Thai boy name comes from the word meaning war, you could also think of it as meaning daring.