The Best 55 Hockey Quotes All Fans And Players Will Love 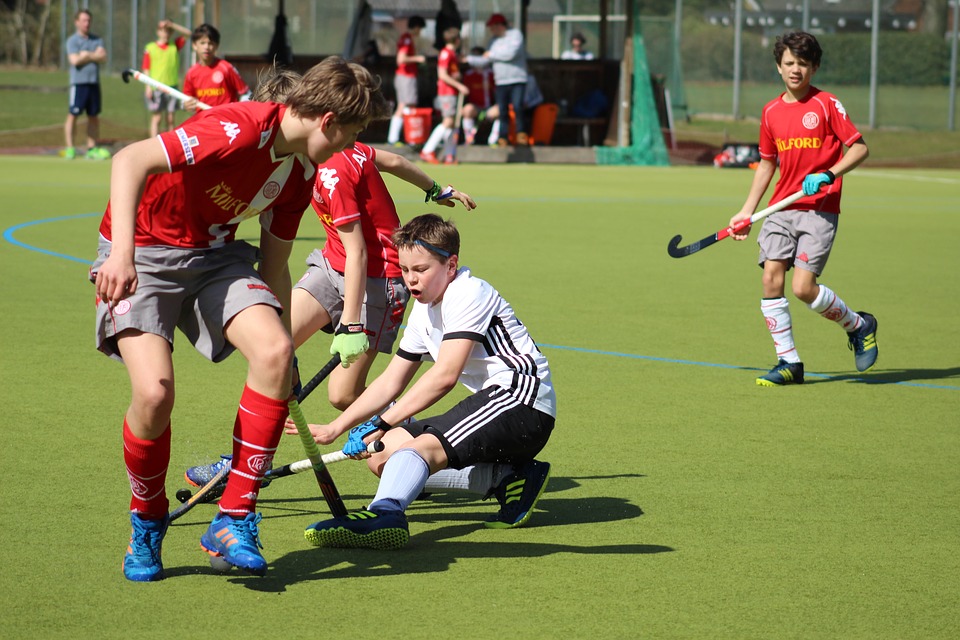 Hockey is a sport that is played between two teams constituting 11 players each.

Hockey is an outdoor game where the players use hockey sticks to hit a small ball into the opponent's goal post. The team that scores the highest number of goals wins the match.

Hockey originated in Nova Scotia in the early 1800s. While it is not clear who invented hockey, ice hockey was first organized by James Creighton. The first game of ice hockey was played on 3 March 1875 in Canada.

Commentators provide the best broadcast viewing experience to the audience. Chris Cuthbert is the most famous hockey commentator in the history of the National Hockey League.

We have put together some memorable hockey quotes for you to read and enjoy. If you love tennis and football too, you should check out Tennis quotes and [Football quotes].

Each player in the game has a critical role to play, and here, we bring some inspirational hockey quotes and field hockey quotes to bring up the team spirit.

1."You only reach the hockey goals you aim at. Therefore, you might as well aim at reaching your ultimate hockey goals."

3."It's more fun to be playing hockey than doing anything else."

4. "You find that you have peace of mind and can enjoy yourself, get more sleep, and rest when you know that it was a one hundred percent effort that you gave – win or lose."

5. "Hockey, honestly, was my first love. The excitement, the fast pace, the intensity of the game… I still love it to this day."

6."Hockey is a tough, physical game, and it always should be."

8."You were born to be a player. You were meant to be here. This moment is yours."

10."You don't have enough talent to win on talent alone."

11. "If you're a sports fan, it is really cool when you see the best-on-best for hockey at the Olympics."

12."Risk something or forever sit with your dreams."

13."Forget about style; worry about results."

14."It’s not necessarily the amount of time you spend at practice that counts; it’s what you put into the practice."

15."The goal is too small and the goalies are too big."

16."To succeed in hockey, you need teamwork."

17."Hockey's a funny game. You have to prove yourself every shift, every game. It's not up to anybody else. You have to take pride in yourself."

18."I found out that if you are going to win games, you had better be ready to adapt."

19."Positive expectations are important for your hockey success because you tend to get what you expect."

21."Discipline is the bridge between your hockey goals and hockey success."

Ice Hockey is the national winter sport in Canada. With six players on each side, it is played both in an indoor or outdoor rink. Find some beautiful quotes on ice hockey.

23."A player must be able to skate, have hockey sense, be able to shoot - not necessarily able to score - and have drive."

25."A puck is a hard rubber disc that hockey players strike when they can’t hit one another."

28."You watch a hockey game, and the hand-eye coordination and the speed are really miraculous; how those guys track the puck alone, just following it with their eyes."

29."I'm happiest when I have skates on my feet, a stick in my hands and teammates by my side."

Hockey is played on ice, on a roller rink, or in a field. Though it involves fights sometimes, it is fun watching and playing every minute of the game. Find some funny hockey quotes that can make your day.

33."Half the game is mental; the other half is being mental."

34."All hockey players are bilingual. They know English and profanity."

36."I am for hockey. I find I should like to hit something with a stick."

37."We get nose jobs all the time in the NHL, and we don’t even have to go to the hospital."

39."You're not really a hockey player until you've lost a few teeth."

40."I get a feeling about where a teammate is going to be. A lot of times, I can turn and pass without even looking."

41."Field hockey is my strongest sport, and if I lose a game, I take a long, hot bath and moan about it."

42."The English play hockey in any weather. Thunder, lightning, plague of locusts...nothing can stop the hockey. Do not fight the hockey, for the hockey will win."

43."My teeth weren’t that good to begin with, so hopefully I can get some better ones."

The game of hockey has seen some wonderful players. Find some famous hockey quotes by great players of all time.

45."Hockey is a unique sport in the sense that you need each and every guy helping each other and pulling in the same direction to be successful."

46."Hockey has given me everything, most importantly it brought me to Swift Current, where I met my wife Deb."

48."I wasn't naturally gifted in terms of size and speed; everything I did in hockey I worked for, and that's the way I'll be as a coach."

49."The greatest thing about playing obviously is winning, and you can’t replace that experience with anything."

50."Only one thing is ever guaranteed, that is that you will definitely not achieve the goal if you don’t take the shot."

53."To me, hockey was always tremendous fun. That's what kept me going for so long. I simply love to play hockey."

54."Nobody's a natural. You work hard to get good and then work to get better. It's hard to stay on top."

55."Simple philosophy: be on time, come to the rink ready to play. And we pretty much did that all the time and pretty much learned as we went."

Here at Kidadl, we have carefully created lots of interesting family-friendly quotes for everyone to enjoy! If you liked our suggestions for hockey quotes, then why not take a look at [hiking quotes] or baseball quotes.