The Best 41 Names Meaning Loyal For Your Baby 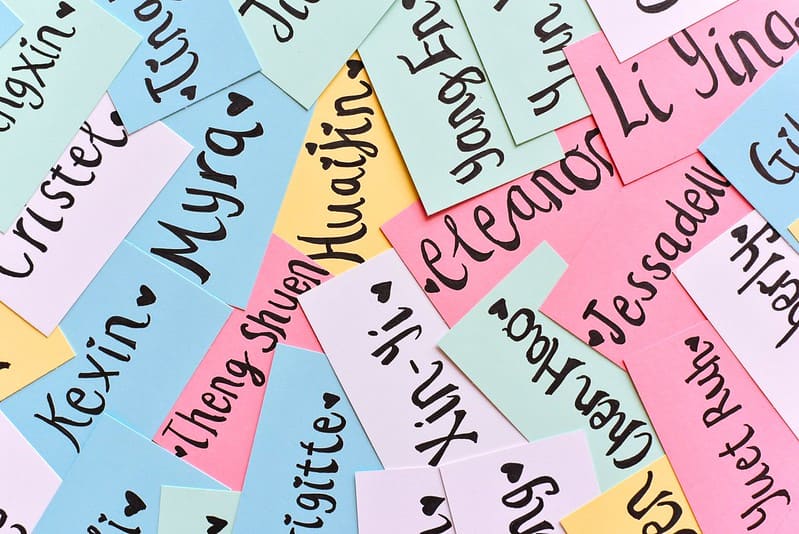 When you find out you're pregnant, beginning the search for the perfect baby name can be a tough decision.

If you're looking for a name which is non-binary or a gender-specific name that means something special to you. With so many choices on offer, when you're pregnant, it can be the ideal time to look into the meanings behind names.

Whether you're on a search for a more traditional choice that shares the same descent as your family or a perhaps name with a difference. We have plenty of names to choose from including those from American, Egyptian, Celtic, Scottish and Korean descent.

When looking into a name for your newborn, we know the struggle of trying to find that perfect name. If you're looking for a meaningful name; why not go for names which mean loyal.

1.Abisai (Hebrew Origin) 'A Gift of God. A faithful warrior.'

5.Dimas (Greek Origin) meaning a loyal comrade and a natural leader in Greek.

9.Leal (French Origin) In English, this translates to 'Loyal.'

Whether you're a fan of names with origins belonging to those of Irish German, Japanese or Spanish descent, we are fans of these lovely girl names that mean loyal.

12.Amity (Latin Origin)  this is a name meaning friendship.

Non-binary names are on the rise, so if you're on a search for names that mean loyal and are also gender-neutral, we would love to help you with this. We love that these names are unique and centre around being loyal as opposed to gender.

19.Connelly (Irish Origin) a name which means friendship and loyalty.

If you're in search of a modern name there are plenty of modern names which also mean loyal, here are our favourites.

23.Faye (French Origin) which has the meaning of loyalty, confidence, trust and belief.

24.Dillon (Gaelic Origin) A popular modern choice for a boy which means loyal and faithful.

Just like loyal, faith holds a considerable significance. These old fashioned names have special meanings for those who are looking for names meaning faithful.

28.Hamon (Greek Origin) translated from Greek as the meaning of 'the faithful one.'

30.Ivy (English Origin) has the meanings of faithfulness.

31.Sadiki (Egyptian Origin) is one of the names that mean faithful.

32.Vera (Russian Origin) a name of one who is faithful.

Alongside loyalty, the protector is also a sentimental choice. We have created a list of names which mean protector to help those in search of gender-neutral, girls and boys names.

33.Alex (Greek Origin) this a name which means a protector of mankind.

34.Alistair (Scottish Origin) this is a name meaning protector and defender.

36.Igor (Russian Origin) one of the names that mean loyal and protect in Russian.

40.Sloan (Irish Origin) Will stand with and protect.