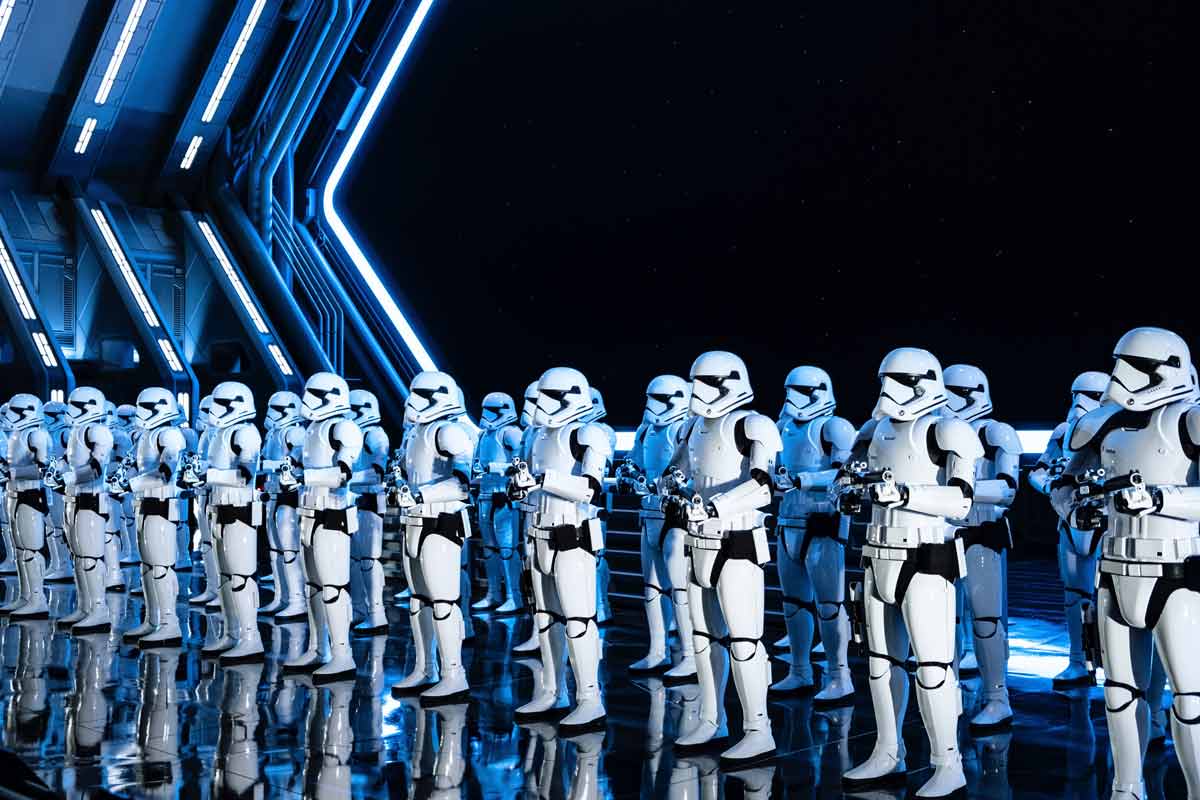 'Star Wars' is regarded as the most popular sci-fi movie franchise of all time, which has not only made billions but has also acquired an equal amount of love and support from fans.

With numerous films and series produced by this franchise, it has gathered millions of fans from all walks of life, making it one of the highest-grossing franchises. 'Star Wars: The Last Jedi' is the eighth episode of 'Star Wars' and it primarily focuses on the main character Rey who seeks out Luke Skywalker to help the Resistance defeat Kylo Ren and The First Order.

With the recurring cast of Mark Hamill, Carrie Fisher, Adam Driver, Daisy Ridley, John Boyega, Oscar Isaac, who plays Poe Dameron, and many others, the film has received a plethora of awards. Here is a list of some of the most memorable quotes from this film.

Scroll down for a list of some of the best quotes from 'Star Wars: The Last Jedi.'

2. "Luke Skywalker: What do you know about the force?

Rey: It's a power that Jedi have that lets them control people and... make things float.

Luke Skywalker: Impressive. Every word in that sentence was wrong."

3. "Luke Skywalker: Where are you from?

Luke Skywalker: No one's from nowhere.

Luke Skywalker: All right, that is pretty much nowhere."

Luke Skywalker: And between it all?

Rey: Balance and energy. A force.

Luke Skywalker: And inside you?

Rey: Inside me, that same force."

6. "I've seen this raw strength only once before in Ben Solo. It didn't scare me enough then. It does now."

7. "Luke Skywalker: You went straight to the dark.

Rey: That place was trying to show me something.

Luke Skywalker: It offered something you needed. And you didn't even try to stop yourself."

8. "That's how we're gonna win. Not fighting what we hate; saving what we love."

General Hux: This is Hux. You and your friends are doomed. We will wipe your filth from the galaxy."

12. "We are the spark, that will light the fire that'll burn the First Order down"

17. "The galaxy may need a legend. I need someone to show me my place in all this. And you didn't fail Kylo. Kylo failed you. I won't."

Luke Skywalker: It's nice that way."

Rey: Only in dreams."

20. "And I became a legend. For many years, there was balance and then I saw... Ben. My nephew with that mighty Skywalker blood. And in my hubris, I thought I could train him, I could pass on my strengths."

21. "Luke Skywalker: Chewie, what are you doing here?

Rey: He said you're coming back with us."

22. "Lesson two. Now that they're extinct, the Jedi are romanticized, deified. But if your strip away the myth and look at their deeds, the legacy of the Jedi is failure. Hypocrisy, hubris."

Leia Organa: I know. I know you are. I'm just glad you're here at the end.

Luke Skywalker: I came to face him, Leia. And I can't save him.

Leia Organa: I held out hope for so long, but I know my son is gone.

24. "Your father was the most hated man in the galaxy. He caused so much death and destruction for many years. But you saw there was conflict inside him. You believed that he wasn't gone. That he could be turned."

25. "I went to confront him, and he turned on me. He must've thought I was dead. When I came to, the temple was burning. He had vanished with a handful of my students and slaughtered the rest. Leia blamed Snoke, but... it was me. I failed. Because I was Luke Skywalker. Jedi Master. A legend."

26. "Luke Skywalker: There's nothing you can say to change my mind.

Luke Skywalker: That was a cheap move!"

28. "It's not just about lifting rocks. The force binds everything together."

29. "At the height of their powers, they allowed Darth Sidious to rise create the Empire, and wipe them out."

If you are looking for some of the most inspiring quotes by Yoda from this film, look no further. Check out this list.

Yoda: Oh, read them, have you? Page-turners they were not. Yes, yes, yes. Wisdom they held, but that library contained nothing that the girl Rey does not already possess. Skywalker, still looking to the horizon. Never here, now, hmm? The need in front of your nose."

Luke Skywalker: I can't be what she needs me to be.

Yoda: Heeded my words not, did you? Pass on what you have learned. Strength. Mastery. But weakness, folly, failure also. Yes, failure most of all. The greatest teacher, failure is. Luke, we are what they grow beyond. That is the true burden of all masters."

Kylo Ren, like Darth Vader, has gained attention as a villain from the dark side. Here is a list of some of the most his famous quotes.

Luke Skywalker: No. Strike me down in anger, and I'll always be with you. Just like your father."

34. "Let the past die. Kill it if you have to. That's the only way to become what you were meant to be."

Kylo Ren: I'm sure you are! The Resistance is dead, the war is over, and when I kill you, I will have killed the last Jedi!

Luke Skywalker: Amazing. Every word of what you just said was wrong. The Rebellion is reborn today. The war is just beginning. And I will not be the last Jedi."

Here at Kidadl, we have carefully created lots of interesting family-friendly quotes for everyone to enjoy! If you liked our suggestions for 'The Last Jedi' quotes then why not take a look at ['Star Wars' love quotes], or Anakin Skywalker quotes.