15+ The League Quotes That All Fantasy Football Fans Will Love 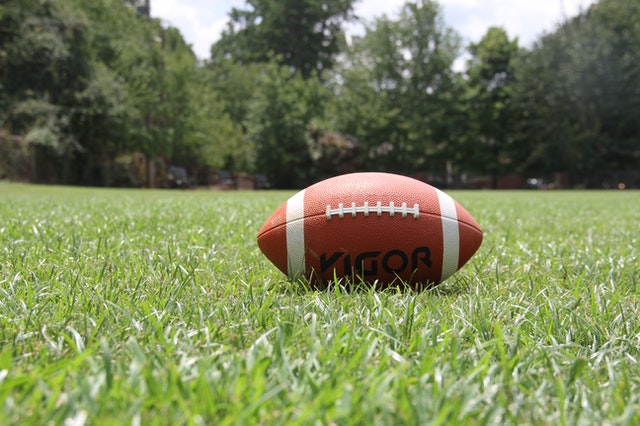 Even building a fantasy league team can be a hassle and is never easy, so let us slow down a bit and relax with these quotes.

Every week it is a challenge to build the perfect team even though the characters in 'The League' never really had that trouble. If you want to be a little like them, then continue reading before battling it out for first position.

'The League' is an American sitcom. It aired from 2009 until 2015 covering seven seasons. This sitcom is about fantasy football league and how a group of people engross in it and ultimately how it affects their lives. This TV series starred Katie Aselton, Mark Duplass, Paul Scheer, Nick Kroll, Stephen Rannazzisi, Jon Lajoie, Jason Mantzoukas and others. The league of Fantasy Football deals with American football, specifically The NFL. Here players make a team based on different players from different teams in the league and compete with one another. The points are given based on the real-life performance of the players. There are a total three types of fantasy football, the traditional where the competition runs for the entire season, the keeper leagues where players are not retained for the entire season and lastly the daily version which a shorter format and is responsible for worldwide betting pools.

If you find our content interesting then let us show you guys some others you might like [funny football quotes] and ['It's Always Sunny In Philadelphia' quotes].

Best Quotes From 'The League'

Here are some of the best fantasy football league quotes along with 'The League' show quotes which include funny quotes like shiva bowl, vinegar strokes, waiver wire, quotes by Ellie, Ruxin, Kevin and Jenny.

Ruxin: Yeah, stress is real. I'm the commissioner of my fantasy football league.

Pete: Well, it's not officially over actually. There's still the small matter of the bet.

-'The League', Season One, Episode Five.

3. "Who do you think resets the router? You think that just magically happens and everyone gets the wi-fi? No! Someone's got to pull the plug out the back, wait ten seconds and then put it back in. I do that once a month!"

4. "Kevin: We want to watch the football games. What are you doing?

5. "I can't live in a house where I'm not respected as a fantasy football player."

6. "You are not just clients to us, but nameless strangers with money as well."

Funny Quotes From 'The League'

Here are funny quotes by Kevin, Jenny, Taco and Andre. If you love 'The League' Rafi quotes, read on!

7. "Rafi: You spend all your time reading books and looking at numbers and letters like they mean something.

Ruxin: They do. Do you know how to read?

8. "I love when a belt buckle reflects what someone's hobbies are."

Kevin: I told you in confidence that we were trying to have another baby, and if it's gonna be a boy, we wanted to name it Kale.

Ruxin: It's a great name. We can share the name."

10. "Taco: Lions don't like playing the game. Yesterday the game was to eat a lot of yogurt.

Taco: Yeah, who else would old hickory be?"

11. "I get that you guys are skeptical. When Steve Jobs invented the first job, everyone thought he was an idiot, but today, everyone has jobs. And look how well Steve Jobs is doing."

13. "We are no longer sitting shiva. We are now sitting Shiva."

Cool Quotes From 'The League'

Enlisted below are best ever 'The League' Taco quotes, Andre quotes and Rafi quotes.

-'The League', Season One, Episode Two.

15. "Jordan Cameron: Did they just steal the coffin?

Cameron Jordan: Should we go get it?

-'The League', Season Six, Episode One.

Taco: Thank you for paying for it, brother. To pay you back, I will teach Ellie to ride a motorcycle.

17. "Gentlemen, let's just take a moment here to celebrate something that I think we can all agree is truly amazing thing. And that is me! As your current champion and three-time winner I would like to welcome each and every one of you to this fifth season of The League."

-Pete, 'The League', Season One, Episode One.

18. "Pete: All right, I'm thinking we need to up the ante a little bit, all right? I think we need a new trophy.

Kevin: We can't have a new trophy."

19. "Taco: Kevin, can I use your TV to play Sega Genesis? I just got 'Joel Madden Football,' and I'm getting good at it.

Taco: Yeah, he's the drummer of Good Charlotte. I guess he just really likes football or something."

Here at Kidadl, we have carefully created lots of interesting family-friendly quotes for everyone to enjoy! If you liked our suggestions for the league quotes then why not take a look at ['The Good Place' quotes], or ['How I Met Your Mother' quotes]?