The Most Popular 101 Louisiana Baby Names 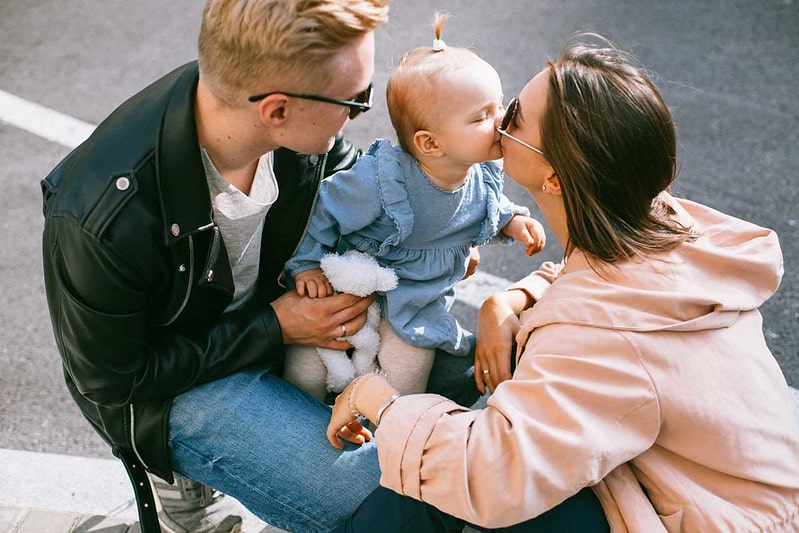 The Louisiana state in the US Deep South is said to have a great French influence.

However, nowadays, Louisiana is called the melting pot of cultures. It hosts all kinds of cultures from French to Canadian to even modern American - everyone trying to define Louisiana as a whole.

A naming ceremony is the first celebration of a baby and one thing babies expect from their parents is a great name. Parents know that they have this responsibility to give a perfect name for their special child. Baby naming trends can differ depending on their culture, history of immigration, and indigenous peoples. But a child keeps their name close to their heart. Many parents wish to gift their child a multicultural name and for that, they often look into Louisiana baby names.  So, here are the lists of the 100 most popular baby names in Louisiana.

For more baby names, take a look at Caribbean Names and Haitian Names.

Louisiana girls have one of the most unique names and for this reason, they bound to get popular after a while. Here, we present a small list of popular girl baby names in Louisiana:

11.Elizabeth (Hebrew origin) meaning ‘God is my Oath’. This is one of the classic first names of all time with a royal touch.

17.Harper (English origin) meaning “harp player’. The author of To Kill A Mockingbird Harper Lee is named after this word.

21.Lillie (Hebrew origin) meaning 'purity'. Considered to be one of the trending baby names in Louisiana.

Boy names should be cool and happening. Some of the most used baby boy names in Louisiana are mentioned below:

30. Alvin (American origin) meaning ‘noble friend’. This name is associated with Alvin and the Chipmunks series.

35. Dwayne (English origin) meaning ‘little one’. One of the popular boy names in Louisiana and is associated with the actor, Dwayne Johnson.

47. Luke (Latin origin) meaning ‘the bright one’. Star Wars character Luke Skywalker has this name and is known for defending the universe from Darth Vader.

55. Sidney (French origin) meaning ‘Saint-Denis’. This name is derived from the city, Sydney, in Australia.

56. Tyrone (Irish origin) meaning ‘from the land of Eoghan’.

57. William (German origin) meaning ‘protection’. Definitely, one of the most popular names of all time and has been used by English authors like William Shakespeare or William Blake.

Cajuns are  French descendant Americans who mostly live in the coastal part of Louisiana. There are a lot of these names that are still being used today, especially in the southern part of Louisiana.  Have a look at the list of some common baby girl names used:

60. Aurelie (French origin) meaning 'golden'. This is one of the popular girl names in France and now in Louisiana as well.

62. Noelie  (French origin)  meaning 'born at Christmas.'  It can be used to name a baby born at any time of the year.

64. Sidonie (French origin) meaning 'from the city of Sidon'.  Sidon is considered to be one of the beautiful girl names in America.

66. Violette (Latin origin) meaning 'purple'. This pretty name is perfect for those who love the violet color.

Some New Orleans Names For Baby

The French descendant New Orleans gets its name from the Duke of Orleans. It is one of the important colonial cities which is famous for its history and culture. Here's a list of some such baby names in Louisiana.

71.Connor  (Irish origin) meaning 'descendant of the hound'.  Connor baby names turn out to be nerdy and also athletic.

73.David (Hebrew origin) meaning 'beloved'. Can be associated with a popular personality and a legendary footballer, David Beckham.

78.Katherine (Greek origin) meaning  'pure'. It is a very popular name considering its spread right from actresses, singers, and queens.

81.Orlean (French origin) meaning 'golden' and is considered to be a gender-neutral name.

82.Savannah (American origin) meaning 'treeless plain'. They are one of the kindest souls you will ever find.

Southerners are smart, hard-working people. They have strong family bonds and that is evident in such well-established names. So, if you want some Southern names for your child, here are some cool names that stand out in the crowd. So have a look at the list:

87. Barbara (American origin)  meaning 'strange or foreign'. It is counted as one of the classic names in southern parts.

91. Charles (German origin) meaning 'freeman; warrior'. It is considered to be quite a popular name since the evolution of mankind as you know the great Charles Darwin.

93. Hunter (English origin) meaning 'one who hunts'. It depicts its southern quality as well. Quite a strong name for a baby.

98. Travis (French origin) meaning 'crossroads; toll gate'. This name is used both as a surname and a first name

Kidadl has lots of great baby names articles to inspire you. If you liked our suggestions for Louisiana Names then why not take a look at French Boys Names, or for something different take a look at Elegant Girls Names.