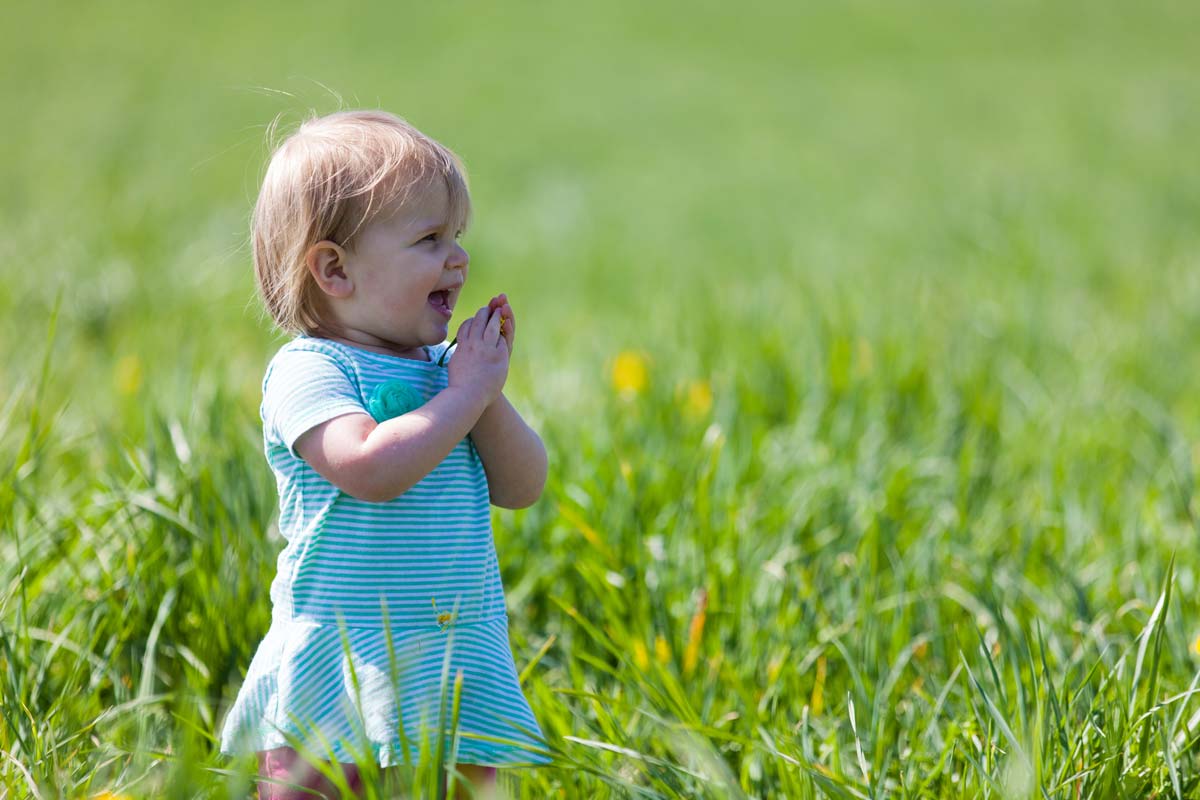 A baby girl is always a cause for celebration, but naming your beautiful bundle of joy can take time, so to make things easier we've compiled our ultimate list of girl's names, ending in N.

Take a trip around the UK and abroad, through nature and into the world of books and films. This selection of beautiful and sometimes unique girl N names covers many different bases.

Whether you're looking for a classic baby name that never goes out of fashion or one with a modern edge, we hope you find a baby name you like in our collection of girl baby names that end with N.

A choice of pretty girls' names that end with N that originate in the seasons, the landscape, and flowers.

1. Autumn (English) symbolises born in the fall. The name was given to Autumn Kelly, the wife of HRH Queen Elizabeth II's grandson Peter Philips.

5. Fern (Old English) A nature name for green, shade-loving plants. Popular in the 1940s and a popular character in the story/film Charlottes Web.

6. Ocean (French/Latin) An English name with roots in French and Latin that simply means a vast expanse of sea.

8. Sharyn (Hebrew) Modern version of Sharon, which means fertile plain, or a place in ancient Palestine where many roses grew.

A collection of unique baby names for girls that come from animals on land, and in the sky.

11. Fawn (Latin) One of the top names with ties to the natural world, it became more popular thanks to the Disney releases of Bambi.

14. Wren (English) One of the new wave of girls names featuring in the fable, The Eagle And The Wren.

British And Irish Girl Names That End In N

A fascinating collection of girl names ending with N, that have roots in the British and Irish language. All of these top names end with the letter N.

16. Aileen (Irish/Scottish) A baby name meaning light, or from the green meadow.

18. Alain (Gaelic/Celtic) A unisex name that means bright in Gaelic, and harmony in the Celtic language.

20. Bethan (Hebrew/Welsh) A biblical name meaning 'God is my oath'.

27. Maureen (Irish) Irish version of Mary, meaning drop of the sea or beloved.

28. Morgan (Welsh) Every inch a water name, meaning circling the sea, or dwelling by the sea.

31. Rhian (Welsh) Shorter variant of Rhiannon, Rhian is the Welsh word for Maiden.

Be a trendsetter with these baby names that have a sense of place about them.

34. Austyn (French/Latin) Means magnificent and great. The capital city of Texas in the U.S.

35. Aspen (American) A famous ski resort in Colorado, and the nature name of a graceful tree.

37. Eden (Hebrew) Popular character name in TV series Heroes and Extras, and a biblical name for a garden of paradise.

38. Haven  (English) A peaceful and unique girl name meaning a place of safety and refuge.

39. Jordan (Hebrew) Original baptismal if you were bathed in the River Jordan's Holy water.

40. Milan (Italian) Popular in America for girls, comes from the Slavic 'gracious and dear'.

The origins of all these unique girl names ending in N all have an international flavour, and many beautiful meanings.

42. Abedabun (Native American)  Translates as sight of day or dawn of day.

43. Adalyn (French/German)  A fusion of Adelaide and Lyn, said to mean noble.

44. Aafreen (Persian) One of the top names of Persian origin, with a pretty meaning to give praise or thanks.

45. Carmen (Italy/Spain)  Latin meaning 'ode or poem', which also has roots in the Hebrew and the English word charm.

47. Catrin (German/Latin) A variant of Catherine, this is one of the baby girl names ending in N that means 'bright'.

48. Dorian (Greek) Linked to the Greek Myth of Dorus, meaning 'of the sea'.

49. Emmalyn (German/Latin/French) An alternative to Emma, Emmeline, and Emily, with the cute meaning 'peaceful home'.

50. Ellen (Greek) This classic translates as 'torch or shining light'.

51. Gretchen (German) A German twist on Margaret, with the sweet meaning 'little pearl'.

52. Gurleen (Punjabi) Guru or within the teacher.

54. Kadyn (American) A strong powerful name from the States defined as 'fighter'.

55. Karen (Scandinavian) A baby name meaning pure that has been around for a long time, famous namesakes include Karen Carpenter and fictional Karen Page from the Marvel Universe.

58. Madelynn (French) Alternative to the French spelling of Madeline, often translated as 'of Magdala' referring to a biblical village on the sea of Galilee. Also means 'wished-for child'.

59. Madilyn (American) A modern take on the traditional English Madeline, which has links to the biblical Mary Magdaline.

63. Robyn (Germanic) A name that means 'famous or bright', with a Swedish hit singer-songwriter leading the way.

67. Tylin (Jamaican) Translates as against all odds.

The classics may go up and down the baby name popularity scales, but these beauties will never fade away.

70. Jillian (English) One of the apt baby names ending in N for a girl, this one means 'youthful'

71. Jocelyn (Latin) One of the girl names meaning 'happy' that is sure to bring cheer.

73. Kathryn (Greek) An alternative to Katherine, meaning pure and clear.

75. Marilyn (English) A blend of the names Mary and Lynn. A famous namesake is actress Marilyn Monroe.

Here are some of the fun and funky girls' names that are more recent in origin.

77. Avalyn (English) Fly high with this modern/vintage mix of Ava and Lynn, which means 'beautiful bird'.

79. Camryn (American) Origins in the Gaelic Cameron, which playfully translates as 'crooked nose'.

80. Devin (English) Derived from an old French nickname, which translates as 'divine'.

84. Katelyn (American) Meaning pure, this is a modern version of the Irish Caitlin, which in turn originates from Celtic Catherine.

85. Karsyn (Scottish) Comes from the male Carson, which translates to Christian or 'son of Carr'.

86. Layan (Arabic) A feminine name that remains popular in Arabic communities, and symbolises the prosperity of life. A

87. Londyn (Celtic) A unique girl name, thought to derive from lond, which means 'wild or bold'.

88. Maren (Latin) A trendy 21st-century take on the name Mary, this is a nature name meaning 'the sea'.

89. Meagan (Welsh) A short name derived from the Greek Margaret meaning pearl. Popularised thanks to Meagan Duchess of Sussex.

90. Raelynn (American) 21st-century fusion of the names Rae (a shortened version of Rachel) and Lynn.

91. Raven (English) A bird-themed name that has also been a symbol of pride for African-Americans.

92. Reign (English) One of a number of modern unisex names that has no real story behind it.

95. Teagan (Irish) means poet or fair. Popularised by character, Tegan Jovanka in the Doctor Who series.

Baby Names From Books And Films Ending With N

A small collection of girls' names you may have seen in the pages of a book or on the big screen.

96. Arwen (English) Known as the daughter of Elrond (Princess Of The Elves) in the ever-popular Lord Of The Rings.

97. Eowyn (Old English) Known as 'lover of horses', a noblewoman in 'Lord Of The Rings'.

98. Morwen (Welsh) A name meaning maiden, given to several characters in Tolkien's work.

99. Melian (Fictional) Fictional name attributed to a Maia character in 'Lord Of The Rings'.