40 The Witcher Quotes To Help Fans Find Their Destiny 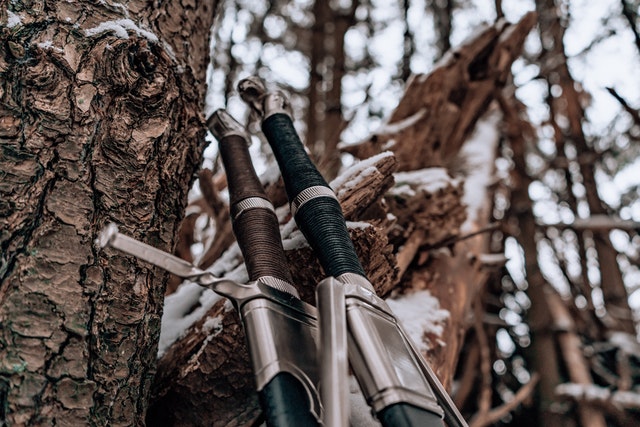 'The Witcher' is a popular Polish-American fantasy show that was created by Lauren Schmidt Hissrich.

There is also a computer game based on the series. For someone who is moderately active in the computer game industry, Geralt of Rivia in 'The Witcher' game is perhaps the most distinct computer game hero to date.

Set on a fictional, inspired by history, a landmass known as "the Continent", 'The Witcher' explores the legend of Geralt of Rivia and Princess Ciri, who are connected by predetermination. Henry Cavill, Freya Allan, Yasen Atour are the main stars in 'The Witcher'.  'The Witcher' shows once-typical people who got transformed by a blend of antiquated science, which made them superhuman (more Captain America than Superman) and ready to take elixirs excessively poisonous for ordinary individuals. There are eight episodes in 'The Witcher' series.

If you liked our article on 'The Witcher' quotes, you will surely love our articles on [Geralt quotes] and [destiny quotes].

2. "Witchers were made to kill monsters. It doesn't matter who posted the notice, the coin has to be right, that's all."

4. “Mistakes are also important to me. I don’t cross them out of my life, or memory. And I never blame others for them.”

5. "You don't need mutations to strip men of their humanity. I've seen plenty of examples."

6. "A true witcher should never abandon poultry in distress."

7. "Why men throw their lives away attacking an armed witcher... I'll never know. Something about my face?"

8. "I run into dilemmas all the time. Situations where it's hard to judge, hard to know what's right, make a decision. This is not one of them. You disgust me. And deserve to die."

9. "If I have to choose between one evil or another, I'd rather not choose at all"

10. "Beware of an old man in a profession where men usually die young."

11. “Well, we’re afeared. And what of it? Do we sit down and weep and tremble? Life must go on. And what will be, will be. What is destined can’t be avoided, in any case.”

13. "Destiny is just the embodiment of the soul’s desire to grow."

14. "As in life, it is impossible always to be fully prepared for battle. Keep your sword close and keep moving."

16. "There is not a person alive that does not look into the mirror and see some deformity. Except for us. We remake ourselves on our terms. The world has no say in it."

17. "Destiny helps people believe there is an order"

Tissaia: It's your turn... to save these people, this continent. This... is your legacy."

19. “Lesser, greater, middling, it's all the same. Proportions are negotiated, boundaries blurred. I'm not a pious hermit, I haven't done only good in my life. But if I'm to choose between one evil and another, then I prefer not to choose at all.”

20. "Who are we to challenge destiny, life was saved, the debt must be paid."

21. “Evil is evil. Lesser, greater, middling… Makes no difference. The degree is arbitrary. The definition’s blurred. If I’m to choose between one evil and another… I’d rather not choose at all.”

22. "People linked by destiny will always find each other."

23. "A life holding dustpans while you brush off forgotten bones? That's not destiny. It's slow suicide."

24. “Most often a dream, a wish, a desire, a yearning. Faith that there are no limits to possibility. And occasionally chance.”

— Geralt of Rivia, 'Sword of Destiny'.

The show initially follows Geralt of Rivia, Crown Princess Ciri, and the sorceress Yennefer of Vengerberg at various points, exploring developmental incidents that molded their characters, before at last uniting into a solitary course of events itemizing the trespassers from Nilfgaard. Andrzej Sapkowski's novels, the computer game and the TV series are all set in this fantasy world involving monster and magic. So, if you want to search for some more quotes from the fantasy world of magic and magical quotes from 'The Witcher' series, this place is just perfect for you. Take a look at these quotes from the characters below.

Toss a coin to your witcher

26. "Chaos is the same as it’s always been. Humans just adapted better."

27. “It is easy to kill with a bow, girl. How easy it is to release the bowstring and think, it is not I, it is the arrow. The blood of that boy is not on my hands. The arrow killed him, not I. But the arrow does not dream anything in the night.”

— Geralt of Rivia, 'Sword of Destiny'.

Geralt: Yeah, when they slow and get killed."

30. “We know little about love. Love is like a pear. A pear is sweet and has a distinct shape. Try to define the shape of a pear.”

— Dandelion, 'The Time of Contempt'.

31. “'Mistakes,' he said with effort, 'are also important to me. I don’t cross them out of my life, or memory. And I never blame others for them.'”

—Geralt of Rivia, 'Blood of Elves'.

32. "when they kill a trapped fox with an axe or riddle the last existing unicorn with arrows, they like to think that the Bane entering cottages at daybreak is more monstrous than they are. They feel better then. They find it easier to live.”

33. “'People,' Geralt turned his head, 'like to invent monsters and monstrosities. Then they seem less monstrous themselves.'"

—Vampire Regis, 'The Tower of the Swallow'.

37. "The Continent is vast. Just because you don’t know of a cure doesn’t mean there isn’t one. It’s simply beyond your scope."

38. "There is a vortex of fate around all of us, Geralt, growing with each and every one of our choices, drawing our destinies in closer."

39. "In the face of the inevitable, good leaders should always choose mercy. In the future, you will be wise to do the same."

40. "Chaos is the most dangerous thing in this world. It is all around us all the time. Volatile and powerful."

Here at Kidadl, we have carefully created lots of interesting family-friendly quotes for everyone to enjoy! If you liked our suggestions for 'The Witcher' quotes then why not take a look at [magic quotes], or [Merlin quotes].