60 Thor Quotes For All Budding Superheroes To Hammer Home 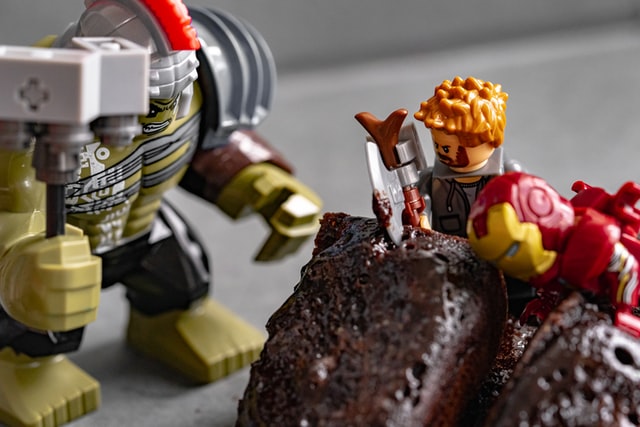 Thor is undoubtedly the most beloved superhero from the Marvel Comic Universe (MCU) ever since the movies, featuring Chris Hemsworth, was released.

Being the son of Odin and the God of Thunder, he does have a lofty personality but is quite goofy, clumsy, and naive when he first comes to Earth. His dialogues are what make him even more lovable by fans worldwide.

His iconic catchphrase which he always says to people whenever he uses his hammer is that only the worthy can wield it. He also has a lingering love interest with Jane Foster. If you are looking for some of the best Thor quotes, this list is for you.

Check out [Loki quotes] and [Marvel quotes] too.

Played by Chris Hemsworth, Thor was introduced by the MCU to the world with the release of his first movie in 2011. Here's a great list of some of the most iconic and best 'Thor' quotes as well as quotes about Thor. The movie also saw the introduction of the sibling rivalry between Thor and Loki, his adopted brother from the Frost Giants. There are also some comic quotes too:

Thor: Then give me one of those large enough to ride."

Thor: And you are an old man and a fool!

5. "Brother, however I have wronged you, whatever I have done that has led you to do this, I am truly sorry. But these people are innocent, taking their lives will gain you nothing. So take mine, and end this."

6. "It's unwise to be in my company right now, brother. Today was to be my day of triumph!"

7. "There will never be a wiser king than you. Or a better father. I have much to learn. I know that now. One day, perhaps, I will make you proud."

8. "And who proved wrong all who scoffed at the idea that a young maiden could be one of the fiercest warriors this realm has ever known?"

Thor Quotes From The Comics

Here are some awesome quotes by Thor from the comics liked by all people:

11. "You live again thanks to your heroic deeds."

14. "Young maiden of Midgard, thy language leaves something to be desired. "

16. "We are gods, 'tis our purpose to set aright the path of lesser beings."

17. "Spare me thy riddles! I have withstood much from thee, dark one! I would repay thee - with battle!"

'Thor: The Dark World' is the first Thor sequel released in 2013. Here's an amazing list of some of the best and Funny Thor quotes from the second Thor movie.

18. "Odin: Am I a piece of butter that needs to be buttered so heavily?

Thor: That was not my intent."

Thor: Out of the two of us, who here can actually fly?"

Thor: Is that why everything is on fire?"

24. "Loki: Satisfaction is not in my nature.

Thor: Surrender is not in mine."

Sif: If you betray him, I will kill you.

Volstagg: If you betray him...

Loki: You'll kill me? Evidently there will be a line."

Thor: Would you? [Unlocks handcuffs anyway]

Loki: No I wouldn't. [Stabs Thor in the stomach]"

29. "Loki: You must be truly desperate to come to me for help.

Thor: You should know that when you betray me, I will kill you."

'Thor: Ragnarok' (2017) was the last movie of the MCU featuring our favorite God of Thunder as the titular character. This list of quotes also includes worthy 'Thor: Ragnarok' funny quotes as well.

32. "Surtur: I cannot die. Not until I fulfill my destiny, and lay waste to your home.

Thor: You know, it's funny you should mention that. Because I've been having these terrible dreams of late! Asgard up in flames. Falling to ruins. And you, Surtur. The center of all of it."

[as the guard approach them, Thor throws Loki at them, knocking them down]

Loki: [gets up] I still hate it. It's humiliating.

34. "Loki, I thought the world of you. I thought we were going to fight side-by-side forever, but at the end of the day you're you and I'm me and... oh, maybe there's still good in you but... let's be honest, our paths diverged a long time ago."

35. "Thor: No, I don't have a phone but you could have sent me an electronic letter. It's called an email.

Dr. Stephen Strange: Yeah. Do you have a computer?

37. "So much has happened since I last saw you! I lost my hammer, like yesterday, so that's still fresh. Then I went on a journey of self-discovery. Then I met you."

Thor: I know. We're the same, you and I. Just a couple of hot-headed fools."

Odin: Are you Thor, the god of hammers?"

Loki: Perhaps we can come to an arrangement...

43. "I don't hang with the Avengers anymore. It all got too corporate."

Thor: [to Hulk] Where have you been? Everyone thought you were dead! There's so much that's happened since I last saw you! I lost my hammer, like yesterday so that's still pretty fresh. Loki, Lok - Loki's alive, can you believe it? He's up there!

45. "You know, I used to want to be a Valkyrie when I was younger, until I found out you were all women. There's nothing wrong with women, of course, I like women. Sometimes a little too much. Not in a creepy way, just more like a respectful appreciation. I think it's great, an elite force of women warriors."

Thor: You're a doctor, you have PhDs. You should figure it out.

Bruce Banner: None of them for flying alien spaceships!"

49. "We have to stop her here and now, and prevent Ragnarok, the end of everything! So I'm putting together a team."

50. "I choose to run towards my problems and not away from them..."

Thor Quotes From The Avengers Movies

Thor becomes a part of the Avengers when he visits Earth to capture Loki in the first 'Avengers' movie of the Marvel Cinematic Universe. Here is a list of Thor quotes from the Avengers series. In his Avengers journey in the MCU, he also becomes King Thor.

54. "I thought humans were more evolved than this."

Here at Kidadl, we have carefully created lots of interesting family-friendly quotes for everyone to enjoy! If you liked our suggestions for Thor quotes then why not take a look at [Hulk quotes], or [Avengers quotes].