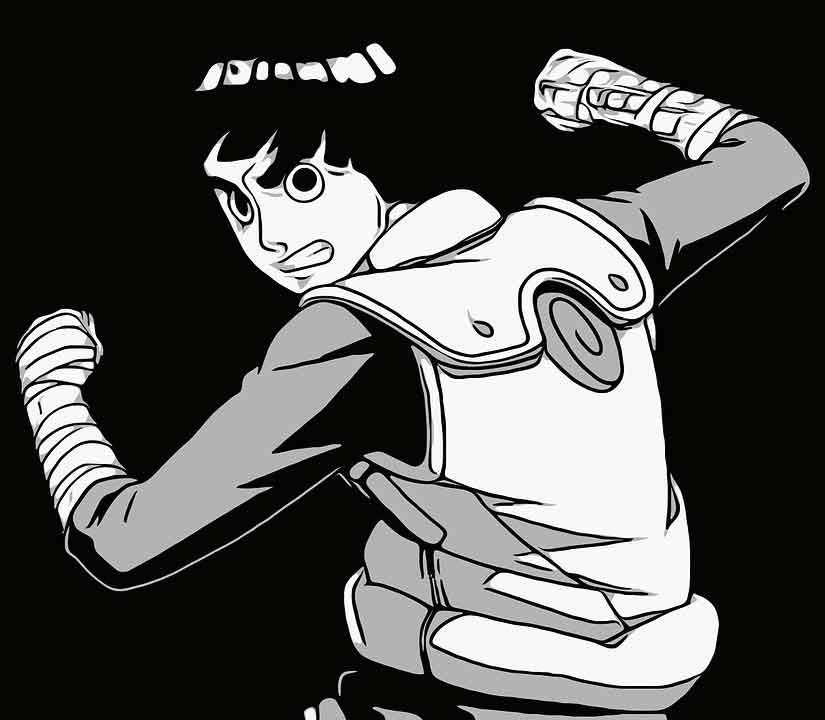 Do you enjoy watching the 'Tokyo Ghoul,' the dark fantasy horror thriller manga series from Japan?

Ghoul is a fictional character possessing superpowers and feeding on human flesh.  The storyline focuses on the harsh realities of life, giving us some profound 'Tokyo Ghoul' quotes.

If you wish to go through more interesting quotes, do check our articles on My Hero Academia quotes and inspirational anime quotes.

Sui Ishida portrayed Rize Kamishiro was a ghoul who escaped from the Washuu clan in which she was born.  Following are some quotes from her.

1."There’s no such thing as fate. It’s simply a combination of one circumstance and the next."

2."Whose fault is it that things ended up like this?"

3."There are times when you have to give up on one thing to preserve the other."

Kaneki Ken is the protagonist of the series.  He was a college student who turns into a one-eyed Ghoul, and later becomes Touka Kirishima's husband.  Here are a few quotes from him.

4."If you were to write a story with me in the lead role, it would certainly be... a tragedy."

5."The pain you feel today will be the strength you'll have tomorrow."

6."All of the liabilities in this world are due to the inadequacies of the person involved."

7."Why is it that beautiful things entwined more deeply with death than with life?"

8."We need to stop fighting, and start talking. Because when it comes to the state of the world, you can't point your finger at ghouls or humans. We're all to blame."

12."Never trust anyone too much... Remember the devil was once an angel..."

13."Human relationships are chemical reactions. If you have a reaction then you can never return back to your previous state of being."

14."I have to learn by experiencing things myself.. that’s all I can do."

15.“I led me by the hand as if to fill the niches in the memories in my oozing brain fluid.”

Kishou Arima, the prominent Ghoul investigator of the CCG, has some noteworthy 'Tokyo Ghoul' quotes for us.

16."Sometimes good people make bad choices, it doesn't mean they are bad people. It means they are human."

This quote refers to the mistakes that human beings tend to make.  Yes, it is true that sometimes, good people make bad choices, as they are not wise enough to choose for themselves.  But bad choices are not always made by bad people.  It means that one's goodness or badness should not be decided by the decision-making ability, and does not mean they are bad.

17."We’re all just human at the end of the day. Even the best and the nicest people make mistakes, so please take it easy on yourself."

Yoshimura is a classic character who is compassionate towards both the species- the humans and the ghouls.  He is the one who teaches the college student Kaneki Ken how to lead a life of a ghoul.  Here are some of his ideological quotes.

18."The act of taking a life will always be considered… evil."

20."The act of taking is equally evil. We, from the moment of birth, continue to take. Food, connections, even fellow blood. Living to the utmost. Continuing to slaughter, kill, take."

The manga series is a dark fantasy, and therefore we find some philosophical quotes from Tokyo Ghoul.

21."All suffering in the world is born from an individual’s incompetence."

22."If an angelic being fell from the sky and tried to live in this world of ours I think even they would commit many wrongs."

This is one of the famous quotes from 'Tokyo Ghoul', from Sui Ishida, the artist of the manga series Tokyo Ghoul.

Touka Kirishima is one of the main Ghoul characters who has been present from the first episode of the series.  Listed here a couple of quotes from her.

23."I'm bad at sorting out my feelings, and although I try to put on a good front I'm just so incredibly immature. And I hate that about myself."

24."There's no way someone who can't even protect himself can protect anyone else, is there?"

Juuzou Suzuya, a Ghoul, is a special class investigator and leader of the Suzuya Squad.  His quotes reflect his thought process.

25."Why should I apologize for being a monster? Has anyone ever apologized for turning me into one?"

This quote refers to the way we blame the victim rather than the culprit.  Suzuya questions as to why he should be sorry as a monster. 'Has anyone ever apologized for turning me into one?' is a thought-provoking quote.

Uta, a Ghoul member of the Clowns, also known as 'No Face,' gives us the following quotes from the manga series.

28."Since everyone thinks many various things, it is difficult to understand them."

Here are some interesting quotes from other characters in the manga series.

30."I'm not going to protect you by being your shield or armor, but I'll be the dagger hidden below your pillow."

31."Beauty is as vain as these cherry blossoms.  You will never be able to see the same shape for two days."

34. "When you're in front of the enemy, even if your hands are trembling - fight."

The latest episode of 'Tokyo Ghoul' is called 'Tokyo Ghoul: Re Call To Exist.'  While some of the quotes above also belong to this version, the following are more quotes from it.

-Black Reaper to the One-Eyed Ghoul, 'Tokyo Ghoul: Re Call To Exist'.

38. "Once you become the thing you fear, fear goes away."

39."Do you know what it feels like to be tortured by your own mind?"

40."There are heartless people who once cared too much."

-'Black Reaper' in 'Tokyo Ghoul: Re Call To Exist'.

Here at Kidadl, we have carefully created lots of interesting family-friendly quotes for everyone to enjoy! If you liked our suggestions for 'Tokyo Ghoul' Quotes then why not take a look at All Might quotes, or Kakashi quotes.

8 Fun Ways To Motivate Kids To Do Chores
Emily Munden
No items found.