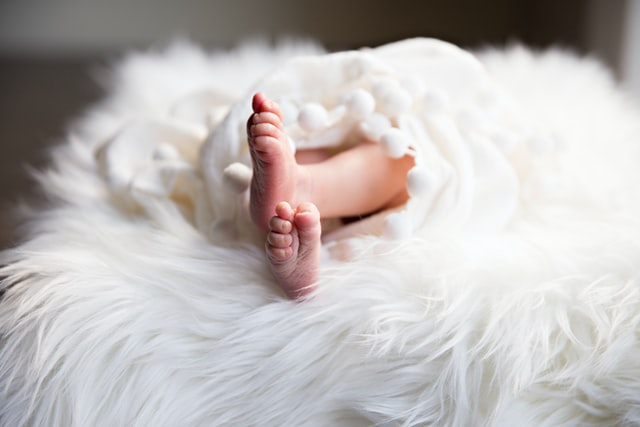 Albanian names are known for their out of the world and quirky charm.

If you are interested in naming your little boy with an unusual yet meaningful name, then Albanian names are just right for you! These names come with a load of history and importance.

Albanian is a language spoken in a small country called Albania, located in southern Europe. Apart from its rich cultural heritage, Albania is known for its famous tourist attractions too. Albanian names are said to be among the rarest of rare names found in the whole world. They are unique, funny, meaningful, cute, beautiful, popular and religious too. So here, we present to you a list of cool 100 Albanian boy names for your little bundle of joy.

Albanian men are unique and different, just like their names, and some became famous too. Such diversity in names will not be found anywhere but here. Here is the list of baby boy names inspired by some of the famous Albanian men:

5. Atifete meaning "patriotic". This name is associated with a politician and former president of Kosovo Atifete Jahjaga.

6. Bardhyll meaning "white star". This name got popular due to the ancient Illyrian king, Bardhyll.

7. Besart meaning "faith; golden". This name is associated with an Albanian footballer.

11. Edon meaning "he loves". It means "love" in Albanian. Edon Hasani is a popular Albanian footballer.

13. Erjon meaning "our wind". This Albanian baby name is made by the Albanian skier, Erjon Tola.

15. Ferid (Arabic origin) meaning "precious; unique". The famous Nobel prize winner for medicine in 1998, Dr Ferid Murad, is known to have this name.

17. Ismail meaning "heard by God". Ismail Kadare is known to be the most popular writer and poet from Albania.

18. James (English origin) meaning "supplanter". This name is associated with famous American actor James Belushi who is from Albania.

19. Kejsi meaning "descendent of Cathasaigh". This name got popular due to Albanian singer Kejsi Tola.

20. Kreshnik meaning "knight". This Albania name was made famous by the Albanian film and stage actor Kreshnik Xhelilaj.

23. Valon meaning "wave of the flag". This name is inspired by the name of the city Valone in Albania.

Names Of Men From Albanian History

Albanian history is filled with men of high stature, strong deeds, and great achievements. Here's the list of the names of these extraordinary Albanian boy names and meanings:

24. Agron meaning" fire; brave". This name is associated with the King of Illyrian.

26. Ardian meaning "of the future". It is a derivation of 'Ardiaei', the name of an ancient Illyrian people.

27. Asti meaning "golden". It is associated with an Illyrian saint.

28. Bekim meaning "blessed". Bekim Berisha was a Kosova-Albanian soldier who served in the Yugoslav Wars.

29. Dalmat meaning "sheep". This name comes from the Illyrian tribe.

33. Genti meaning "flower". This name is associated with the last Illyrian king of the Adriaen kingdom.

35. Ilir meaning "freedom; free". This name comes all the way from Albanian mythology, where Ilir was known to be the son of Harmony and Cadmus.

Albanian boy names are funky and cool, which you may consider in giving such names to your baby boy too. Here is the list of some popular Albanian names for a boy:

47. Erminus meaning "wind from the Ion seas". Considered to be one of the popularly used Albanian names for boys.

50. Gabriel (Hebrew origin) meaning "man of God". A vintage name for men all over the world, including Albania.

57. Manhar meaning "one who wins heart". It was kept as the name of Albanian rulers.

60. Noel (French origin) meaning "Christmas". It is the most common name used in Albania.

61. Surroje meaning "place". This name is inspired by a small village in Albania called Surroje.

Albanian names are unique; there s no question about it, but what is makes them quite different are their spellings and their quirky pronunciation. We present you the list of such interesting, unique names of Albanian boys for your baby boy:

62. Adir (Hebrew origin) meaning "mighty". It is considered one of the strong male names.

87. Pellumb meaning "dove". It is considered to be one of the unusual and rarest baby boy names in Albania.

90. Ylli meaning "star". Makes up for a cute and unique Albanian baby name for a boy.

Albanians have some great gender-neutral names too. Here is the list of some of the Albanian non-binary names:

95. Greis (Latin origin) meaning "graceful; beauty". It is an Albanian form of grace.

98. Stejsi meaning "resurrection". Known to be an Albanian form of Stacy. Considered to be one of the rarely used non-binary Albanian names.

Kidadl has lots of great baby names articles to inspire you. If you liked our suggestions for Albanian Boys Names then why not take a look at Slavic Names, or for something different take a look at Sumerian Names.