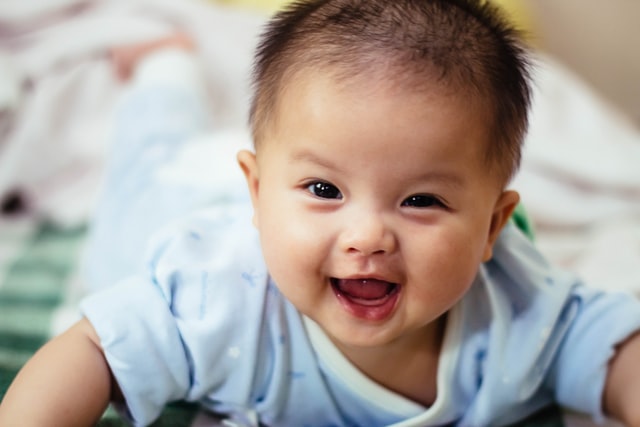 Selecting the right name for a baby boy names has always been a tough job for parents.

You want the name to be simple yet quirky but original too. There's just too much to think about especially when you know that name is for his whole life!

Americans have the most diverse culture, and that reflects in their names too. American boys know how to make an impact in the world. Americans are the natives of the United States. There are always new names for boys coming up in this adventurous country. So, we present you the list of some of the classic American boy names for your baby.

Naming your child after a famous personality is the coolest way to give your baby boy an identity. Here are some names we have handpicked for you to go through and choose classic good American names for your baby boy.

1. Abraham (Hebrew origin) meaning "Exalted Father". Abraham Lincoln, who served the USA as 16th president of the USA, has this name.

2. Anthony (Greek origin) meaning "Priceless one". This name is linked to Anthony Fauci who is an American Physician.

6. Daniel (Hebrew origin) meaning "God is my Judge". One of the common American baby boy names.

9. Ezra (Hebrew origin) meaning "Helper". Ezra Klein, one of the famous American journalists, is known to have this name.

15. Joseph (Hebrew origin) meaning "He will add". Joseph Gordon-Levitt, a movie star who worked in the worldwide known movie 'Inception' is known to have this name.

19. Martin (Latin origin) meaning "Of War". Martin Luther King Jr, who played an important part as an activist in America, has this name.

20. Michael (Hebrew origin) meaning "Who is like God?". The king of pop, Michael Jackson, made this name very popular.

24. Steven (Greek origin) meaning "Renown". Steven Levitt, who is an American economist and co-author of the best-selling book 'Freakonomics' has this name.

American baby names are trendy and plenty. Picking names is harder these days, but to save you some time, we brought you a list of some good American boy names and found perfect names for the baby.

35. Jack (English origin) meaning "Supplanter". Jack Quaid, an American actor who did a voice-over in the animated movie "Small Foot," is known to have this name.

39. Liam (Irish origin) meaning "Desire". Liam Payne, who was a former member of One Direction, a popular British music group, is known to have this name.

42. Mason meaning "One who works with Stones". Mason Rudolph, a quarterback of the American Football team, made this name popular.

44. Noah (Hebrew origin) meaning "Repose". Popular Netflix original film 'To all the boys I've loved before' actor Noah Centineo is known to have this name.

46. Ryan (English origin) meaning "Little King". Ryan makes up for one of the cute baby names for a boy.

Going ordinary is so mainstream. Why not go for a unique American baby boy names. Finding you a perfect American boys name is our mission. Here are unique American names of boys to help you pick names for your baby boy.

Getting your personalized name that can be used as either gender is super cool. Using non-binary names is pretty amazing. Here are some American boy names that are used as non-binary baby names.

81. Elliott (English origin) meaning "The Lord is my God".

87. Joey (Hebrew origin) meaning "He will add". Joey is a character from the popular American sitcom 'Friends'.

Kidadl has lots of great baby names articles to inspire you. If you liked our suggestions for American Boy Names then why not take a look at Boys Names Ending In R, or for something different take a look at Names That Mean Dragon.