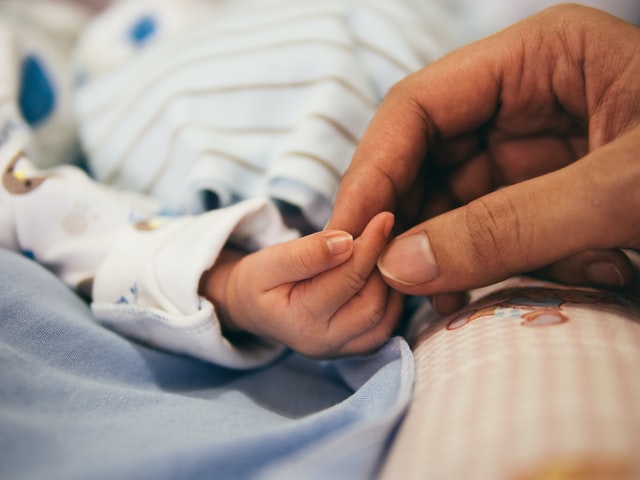 Choosing a name for the new baby is an important and memorable job for parents.

A child's name is an important part of their identity as well as their cultural setting. So it has to be meaningful and suit their personalities.

America has a wide variety of names and naming trends. Many American names have origins from all over the world and became popular in America. The English language still remains a chief origin though. You can choose from names inspired by place names, heroes, or fictional characters. The list of baby names contains both classic and modern names alike, along with their meanings, that will make your baby girl look cool. After all, the name should be chosen in such a way that your baby girl will also like it and will really grow to embody her name.

1. Abigail (Hebrew origin) meaning "Father's Joy". It can be associated with the actress, Abigail Breslin.

2. Ava (Latin origin) meaning "Blooming" or "Birdlike". The name can be associated with the popular singer-songwriter, Ava Max.

4. Emily (Latin origin) meaning "Industrious and hardworking". The name can be associated with the English novelist and poet, Emily Bronte.

5. Emma (German origin) meaning "whole" or "universal". It can be associated with Emma Watson, a popular actress.

9. Olivia (Latin origin) meaning "Olive tree". It is inspired by the actress, Olivia Munn. It is a common girl name.

10. Sophia (Greek origin) meaning "Wisdom". It can be associated with Sophia Peletier from 'The Walking Dead'.

Naming your baby with names of famous people is a trend among parents. Here we have a list of girl names inspired by popular women in the history of America.

11. Amelia (German origin) meaning "Work". The name is associated with Amelia Earhart, the first woman to fly solo across the Atlantic Ocean.

13. Beyoncé meaning "Beyond others". Beyonce is a popular American singer.

14. Harriet (German origin) meaning "home-ruler". Inspired by Harriet Tubman, an activist for the Abolition of slavery in America.

16. Judy (Hebrew origin) meaning "She will be praised". Judy Garland is famous for playing Dorothy in 'The Wizard of Oz' movie.

19. Sylvia (Latin origin) meaning "Forest". The name can be linked to Sylvia Plath, a famous poet.

Having a unisex name is a popular trend among modern parents. Giving your baby girl a unisex name can make her look cool. Here we have a list of unisex names, which are trending right now as baby girl names, that you can choose to name your girl child.

21. Arden meaning "The eagle valley". The name can be associated with John Arden, an English playwright.

22. Arrow meaning "A projectile fired from a bow".

23. Avery meaning "King" or "Power". The name can be associated with the popular actor, Avery Brooks.

24. Blair (Scottish origin) meaning "meadow" or "field". This girl's name can be associated with Blair Waldorf, one of the main characters from the TV series 'Gossip Girl'.

27. Claire (French origin) meaning "bright" or "clear". This is inspired by the protagonist Claire Fraser from the novel series 'Outlander'.

31. Harley meaning "Hare's meadow". This is one of the pretty baby girl names and can be associated with Harley Smith, an actress, and musician.

32. Jackie meaning "Supplanter"; can be associated with Jackie Chan, a martial artist, stuntman, and actor.

33. Jessie meaning "God has been gracious".

37. Riley (Irish origin) meaning "Valiant". A very common but one of the prettiest baby names in America.

39. Skyler (Dutch origin) meaning "Scholar". The baby name can be associated with the actress Skyler Samuels.

Most Popular American Names For Girls

42. Angelina (Greek origin) meaning "Messenger of God". It is associated with the popular actress, filmmaker, and humanitarian, Angelina Jolie.

48. Carolyn meaning "Womanly" or "beautiful". Carolyn Keene, a pseudonym of the authors, who wrote Nancy Drew.

49. Cassidy (Irish origin) meaning "Clever". The name can be linked with the actress Cassidy Freeman.

53. Elizabeth (Hebrew origin) meaning "My God is an Oath". This is one of the royal names for girls and can be associated with Elizabeth I, the Queen of England.

59. Indiana meaning "Land of Indians". The name is associated with the American movie franchise 'Indiana Jones'.

65. Miley meaning "Smiley". The name can be associated with the American singer-songwriter, Miley Cyrus.

69. Winona meaning "First Born daughter". The name can be associated with the American actress, Winona Ryder.

77. Dixie meaning "From the South"; inspired by Dixie Kong, an animated character from the 'Donkey Kong' series.

79. Enola meaning "Magnolia Flower"; this baby name can be associated with 'Enola Holmes', the fictional character from a TV series of the same name.

87. Malia meaning "One who is calm"; can be associated with Malia Obama, Barack Obama's daughter.

88. Nina meaning "Mighty" or "Fire"; this baby name can be associated with the Canadian actress, Nina Dobrev.

94. Samira (Arabic origin) meaning "Companion of Evening talks". This girl name can be associated with the American actress Samira Wiley.

98. Winnie meaning "pure" or "happiness". This pretty baby name is associated with 'Winnie The Pooh', a fictional teddy bear.

100. Zendaya meaning "To give thanks". This American girl name is linked to actress and singer, Zendaya Coleman.

Kidadl has lots of great baby names articles to inspire you. If you liked our suggestions for American Girl Names then why not take a look at Country Girls Names For Your Southern Belles, or for something different take a look at Names That Mean Healer.