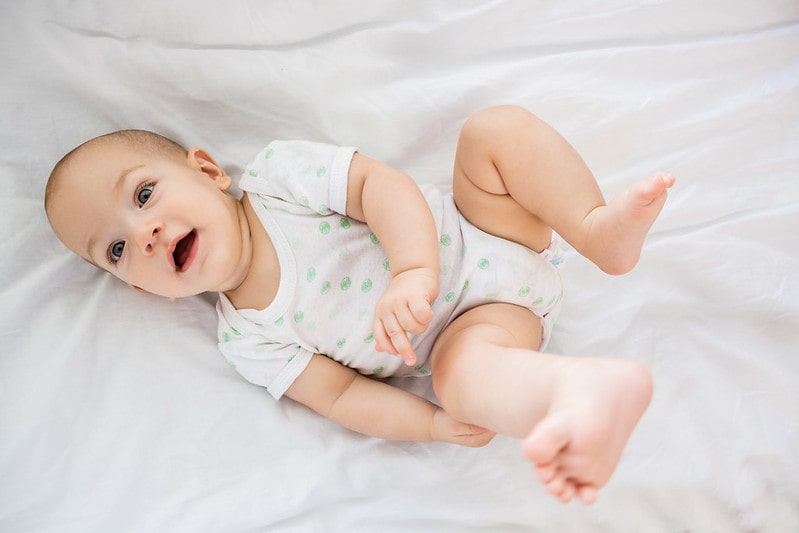 Latin is considered among the most classical languages in Europe.

There’s just something about Latin. Originating in the Roman region, Latin spread quickly, and it’s no surprise that Latin boy names are so preferred by people the world over.

It is a complex language containing several genders, moods, voices, and aspects. Its ancient history is no less complex. These qualities lead to the timelessness of Latin culture, lifestyle, and language. A synthesis of the ancient, medieval, and modern makes Latin relevant and appealing to people of all sensibilities. Combined with neighboring Greek influences, Latin is regarded as one of the most powerful languages in the world. Imagine then, how wonderful the names that come from this language must be! Latin baby boy names combine charm, beauty, and mysticism. Let’s dive straight in to explore some of the most amazing ancient Latin baby boy names that you can pick for your own little charmer!

Much of the timeless appeal of Latin comes from its rich mythology. It combines culture, religion, and history and creates an aura that is imposing and majestic. Needless to say, Latin baby boy names that borrow from mythology are certain to be powerful and potent, evoking a sense of wonder and strength.

1.Aeneas: among the unique Latin boys names from the Greek legend of ‘Aeneid’ who found Rome on his travels

3.Amulius: from Roman mythology, the one who overthrew his brother Numitor

5.Italus: The founding patron who gave Italy its name

6.Janus: Roman God of beginnings; the also Latin word for an archway

9.Pollux: son of Zeus, and twin of Castor; derived from a Greek word meaning sweet

11.Remus: among the many founders of Rome

12.Romulus: meaning Rome in Latin; the founder of the ancient city

15.Tatius: after Titus Tatis, the God of the Sabines in Roman mythology

Latin Biblical names are extremely common, not only because they are beautiful, but also because they represent people who played such an important role in shaping the religious beliefs of millions. Here are some exquisite Latin boys names that are made popular by their references in the Bible.

17.Aaron: the older brother of Moses, derived from the Hebrew name Aharon

18.Abacuc: a Latin form of the name Habakkuk

19.Abdias: a modified version of the boys' name Obadiah found in the Latin Old Testament

20.Abia: Latin and Greek version of the boys' name Abijah

21.Abisai: a Latin version of Abishai

22.Abraham: after the Biblical patriarch, means ‘father of many.’

25.Achaicus: Latin take on the name Achaikos from the New Testament

30.Annas: Latin name coined from Ananias, who was a high priest in the New Testament

34.Baltassar: a form of Belshazzar from the Latin Old Testament

36.Beniamin: from Benjamin, used in the Latin Bible

38.Cephas: the name was given to Simon by Jesus, meaning rock

40.Danihel: used in the Latin Bible, from the name Daniel

41.Darius: the Roman form of the name Dareios

44.Emmanuhel: name from Latin Bible, a form of the name Immanuel

47.Esaias: Latin form of Isaiah, name in the Old Testament

48.Ezechias: from Hezekiah, a name found in the Latin Old Testament

50.Finees: from Latin Old testament, version of the name Phinehas

54.Iacob: Roman and Latin form of the boy name Jacob

55.Iafeth: from Japheth in the Old Testament

56.Iesus: Latin form of Jesus; among the most powerful Latin baby names for boys

57.Ioab: a Latin name for Joab

58.Iohel: Latin form of name Joel; among the pretty baby names for boys

59.Ionathan: Latin and Greek form of the name Jonathan

60.Ismahel: name in the Latin Old Testament, from the name Ishmael

62.Lazarus: brother of Mary, the Latin form of Eleazar

69.Noe: Latin Bible name for Noah; among the short and sweet Latin names for boys

73.Petrus: Latin, German, and Dutch variant of the name Peter

74.Phillipus: Latin for Philip; among the most evocative Latin names

75.Raphael: derived from the Hebrew name Rafael, the archangel, means the God who heals

77.Samuhel: Latin form of name Samuel; among the interesting baby names found in the Latin Bible

79.Stephanus: from Stephan; among the more popular Biblical baby names

(Many Latin boys names are names found in The Bible, which are popular names as they represent people's beliefs.)

In its heyday, ancient Rome was THE place to be, and Latin was the one language you needed to know. While Latin baby boy's names are classy and attractive in their own right, those that share names with distinguished personalities have a special charm.

80.Accius: after an ancient Roman poet

81.Amadeo: alterative to Amadeus, the middle name of Mozart

86.Julius: meaning youthful, after one of the first few Popes; also made popular by Julius Caesar

87.Lucius: the general who fought almost single-handedly and won for Rome

88.Magnus: name for a boy owned by several kings and monarchs, means greatness in Latin

There are several adorable Latin baby boy names that are popular names all over the world. Not only do they sound great, but they are also very meaningful. Latin boy names have an easy charm, and your little heartbreaker is sure to impress even before he gets on the scene. Which of these popular names in Latin grabs your attention?

95.Fabian: from the noble family names, means bean after the word ‘faba'

99.Lamar: means that which comes from the sea

104.Lucian: from the name Luke; means the one born at daybreak

105.Marco: a version of the word Mark, names that mean war-like

106.Marcel: from the names Marcus or Marcellus, meaning that dedicated to Mars

107.Marc: like the names Mark and Marco, meaning war-like

110.Maximus: from the name Maxim, means the greatest

112.Salvador: meaning the one who saves

115.Sergio: means the one who serves others

116.Vincenzo: from the name Vincent; names that mean one who survives all odds

You don’t always have to chase what’s popular and trending. There are as many unique Latin baby boy names as there are popular ones. Sift through this list, and you will find some quaint, interesting Latin names that you can use for your baby.

117.Benicio: means fortunate one, or one who can survive all odds

118.Benito: means the lucky or fortunate one

119.Camilo: meaning the one always willing to help

120.Castiel: means the one protected by God

121.Gonzalo: means the one prepared for battle

123.Ignacio: meaning feisty one or one with a big personality

125.Maximillian: from Maximus, names that mean the greatest

126.Mylo: means a saviour or one with grace

129.Sylis: derived from the name Silas, means the woods or forest

131.Vince: from the name Vincent; the names mean conqueror

132.Zavion: from the name Xavier; both names means light in Arabic, also a small Spanish town

Kidadl has lots of great baby names articles to inspire you. If you liked our suggestions for Latin Boys Names then why not take a look at Mythical Names, or for something different take a look at Superhero Baby Names.

Visiting Beaches With Kids: What You Need To Know
Alice Carlill
No items found.