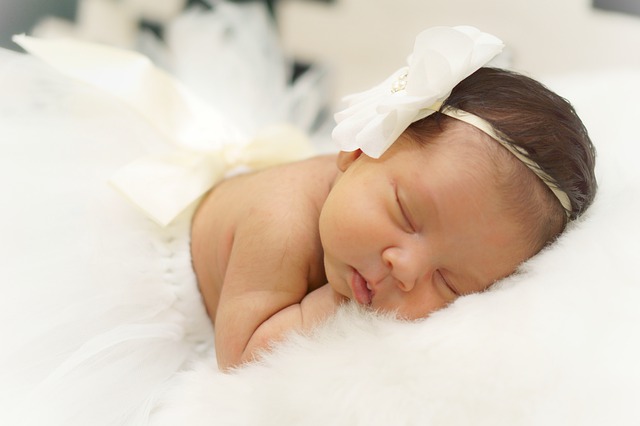 One of the many best parts of being a parent is to choose a name for your little angel.

However, choosing the right baby name for your little child is not an easy task. The name should not only fit the personality of your child but should also be loved by your child when they grow up.

Parents always want the best thing for their child, and when it comes to naming, they want it to be unique, personal, and meaningful. Not only are angel names unique and beautiful, but they also have a spiritual meaning. There are so many beautiful names with the meaning 'angel' for your little baby. So if you are expecting a child soon and looking for a perfect name, we have rounded up a long list of angel names for your little angel.

Names Of Angels From The Bible

Angels are spiritual beings who are considered the messenger of God. If you want to give your baby an angelic name, we have enlisted names of the 7  archangels from the Bible with meaning.

2. Azrael (Hebrew and Arabic origin) meaning "Whom God helps." The Angel of Death in Jewish traditions.

3. Chamuel (Hebrew origin) meaning "he who sees God." The Angel of Courage and War.

6. Michael (Hebrew origin) meaning "he who is God." The protector of Jewish people.

Baby Names For Girls That Mean Angels Or Angelic

9. Angelica (Italian and Russian origin) meaning "Angels or Angelic". This name is linked with Angelica Guadalupe Celaya, who is an American actress and model.

10. Angelique (French origin) means "angelic". This name is linked with Angelique Kerber, who is a German professional tennis player.

12. Angelisa (Latin origin) - This angel name is a variation of Angelica.

17. Evangeline (Greek origin) meaning "messenger or the bearer of good news". This name is linked with Nicole  Evangeline Lilly, who is a Canadian actress and author.

22. Luz (Spanish origin) meaning "'light." This name is linked with Carl Ludwig "Luz" Long, who was a German Olympic long-jumper.

23. Mariangela (Spanish origin) meaning "rebel angel". This name is linked with Mariangela Pino, who is an American actress.

25. Micheangela (Italian origin) meaning "who is like God". This name is linked with Michelangelo di Lodovico Buonarroti Simoni, known best as simply Michelangelo, was an Italian sculptor,

27. Persia (Latin origin) meaning "like an angel". This name is associated with Persia Jessica White, an American actress, singer, and musician.

29. Rosangel (Italian origin) meaning "Rose of an angel". Rosângela Rennó Gomes, who is a Brazilian artist.

Names Of The Fallen Angels

Here are the names of the fallen angels as per Christianity:

34. Beelzebub (Hebrew origin) meaning "lord of the flies". The demon of Gluttony.

35. Belphegor (Hebrew origin) meaning "lord of the gap". The demon of Sloth.

Angelic names are quite popular among boys also as they are unique, positive, and powerful. Below we have mentioned names that mean angel for your angelic baby boy.

44. Calesete (French origin) meaning "heavenly". This name is associated with Celeste Ng, who is an American writer and novelist.

49. Kemuel (Hebrew origin) meaning "helper of God". This name is linked with Kemuel Roig, a true master of music and a piano giant. His energy, virtuosity, taste, harmonic and melodic vocabulary.

53. Ramiel (Arabic origin) meaning "thunder of Gods". This name is linked with Raimel Antonio Tapia Linarez, who is a Dominican professional baseball outfielder for the Colorado Rockies of Major League Baseball.

55. Samuel (Hebrew origin) meaning "name of God or God heard". This Hebrew name is linked with Samuel Leroy  Jackson, who is an American actor and producer.

56. Uriel (Hebrew origin) meaning "the light of Lord" or "light and flame". Carlos Uriel Antuna Romero is a Mexican professional footballer. One of the Seven angels of God.

Names That Mean Angel From Fiction

63. Amelia (Spanish origin) meaning "work" from the show 'Casper.' A great name for an angelic baby.

68. Billie (German origin) meaning "resolute protector" from 'Supernatural.' One of the best names for girls.

70. Clarence Odbody (Latin origin) meaning "one who lives near the River Clare" from 'It's a Wonderful Life.'

73. Daniel (Hebrew origin) meaning "God is my judge" from 'Supernatural.'

76. Elijah (Hebrew origin) meaning "my God is Yahweh" from 'Supernatural'.

94. Manny (Spanish origin) meaning "God is with us" from 'Constantine.'

96. Metatron (Greek origin) meaning "changed and passed away" from 'Supernatural'.

100. Rachel (Hebrew origin) meaning "one with purity" from 'Supernatural.'

103. Simon (Hebrew origin) meaning "listen" or "hearing" from 'The Prophecy.'

107. Xaphania from 'His Dark Materials.'