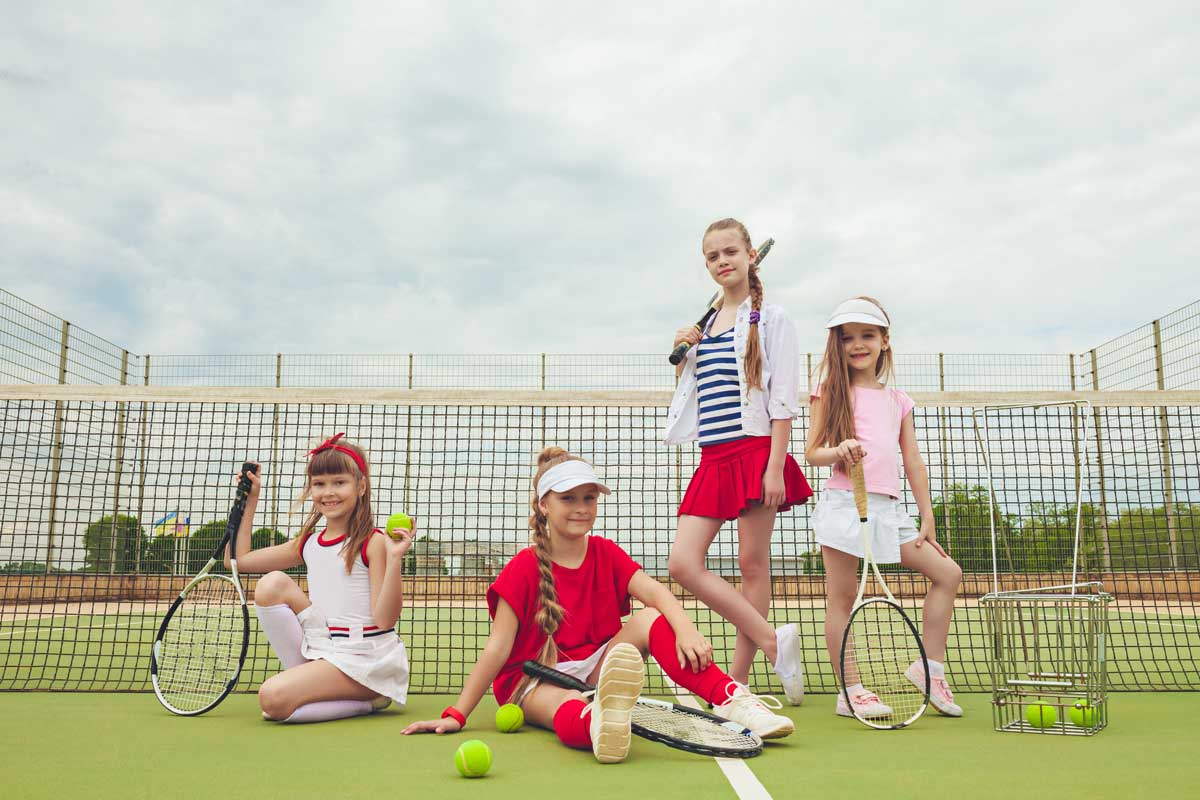 Searching for baby names can be a huge task!

We have put together a collection of baby names inspired by famous athletes, sporty meanings and some gender neutral ones. If you want a comprehensive list of unique girls' names for your daughter then you have come to the right place.

It's fantastic to choose a baby name based on a famous sportsperson. A baby girl name inspired by the qualities of athletes can show your baby girl how special she is. Popular or rare, positive girl name meanings such as determination or strength can empower little girls to take up sport. We have a list of sporty girl names that will score a perfect 10 with your family.

Here is a range of baby girl names based on some very famous sportspeople. For a name that makes a sporty statement, these are a great choice.

5.Lisa (English origin) meaning "my oath".  Lisa Leslie was the first woman to dunk in the WNBA.

12.Mo (Cantonese origin) meaning "do not". Mo Huilan was a gymnast.

Names Based On Olympic Athletes

Women in sports are seen as role models by many girls around the world. For a name your sporty girl will love, this iconic list of Olympic athletes has you covered.

23.Alex (Greek origin) meaning "defending men". Alex Morgan is one of the most famous football players.

27.Dina (English origin) meaning "from the valley". Dina Asher- Smith is one of the most famous British athletes.

Paralympic athletes are a source of hope and optimism for many people. From popular baby names to more rare ones, choosing a name from this list is a great choice for sporty girls. A sporty name from a Paralympic athlete can remind children to never give up.

32.Chantal (Occitan origin) meaning "stone". Chantal Petitclerc is the most successful wheelchair racer of all time.

36.Kare (Norse origin) meaning "enormous". Kare Adenegan is a wheelchair athlete who won medals at the age of 15.

The winter Olympics features many brilliant events to get you thinking about a sporty name for your baby. For sporty girl names based on winter sports, this list is for you.

41.Chloe Kim, the youngest woman to win an Olympic snowboarding gold medal in 2018.

42.Claudia Pechstein is a speed skater with nine Olympic medals.

These athletes compete in dangerous sports on the snow and ice, for baby names that remind your daughter to be fearless, a sporty name is a great choice.

50.Menna Fitzpatrick is a blind alpine skier with 10 medals.

Gymnastics captivates many young girls. If you want to inspire a little girl, sports names from amazing gymnasts are a fabulous option. A sporty name inspired by a gymnast is an excellent choice.

56.Dominique (Latin origin) meaning "of the Lord". Dominique Dawes is a gymnast.

59.Lavinia (Latin origin) meaning "woman of Rome". Lavinia Milosovici is one of the most successful gymnasts of all time.

60.Nadia (Slavic origin) meaning "hope". Nadia Comaneci was the first gymnast to be awarded a perfect 10.

63.Simone (Hebrew origin) meaning "God has heard". Simone Biles is the third most decorated gymnast in the world.

Popular Tennis Players To Name Your Baby After

Tennis players are powerful, quick, agile and strong. A baby name inspired by a tennis player will remind sporty girls that they can do anything.

70.Maria (Latin origin) meaning "Of the Sea". Maria Sharapova is one of the most famous tennis players.

74.Simona (Spanish origin) meaning "to be heard". Simona Halep was ranked number one for 64 weeks in a row.

Racing Drivers To Name Your Sporty Girls After

Your daughter could be a budding race driver with a need for speed, a name from this list is a fabulous choice.

82.Michele (French origin) meaning "who is like God" Michele Mouton competed for the Audi factory team.

Girls names from this list convey qualities essential for sporting success. No matter what sport your daughter takes up, names with sporty meanings have some beautiful meanings.